Pho Express Angkor is a Vietnamese/Thai restaurant in Queensborough that I’ve been to before. It’s not often that you find good eats in a outlet mall so I’ve been meaning to revisit this place for quite some time.

On my first visit, I was really impressed with the Marinated Chicken Satay as the chicken was so very tender. On this revisit, I thought the chicken was okay but not as good as on my initial trip. 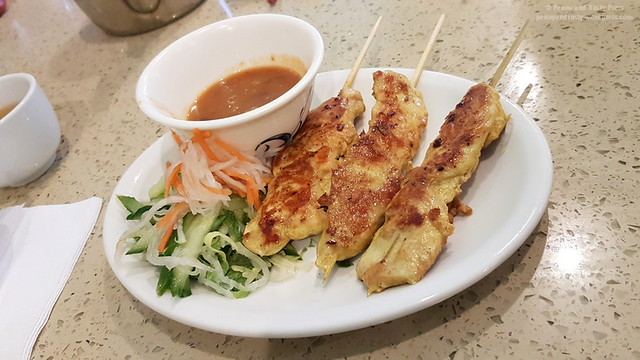 For the Beef and Marinated Pork with Spring Roll on Vermicelli Noodles, we added a fried egg because, well, a fried egg makes everything better. I thought that the meat needed to be cut into smaller pieces but this was a solid dish with a very crispy spring roll. 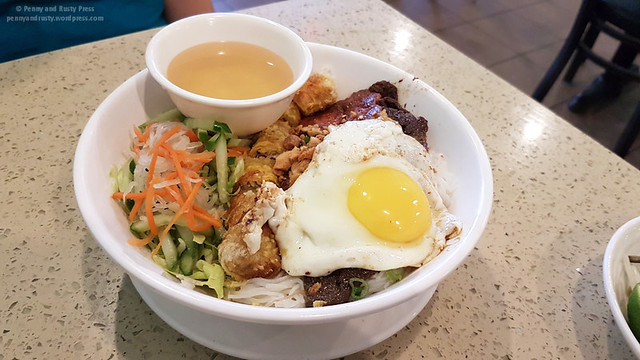 I ordered the Rare Beef, Beef Tripe, Beef Tendon, Spicy Noodle Soup ($8.50 for large). The soup wasn’t overly spicy except when one of the chili peppers gets in your mouth. 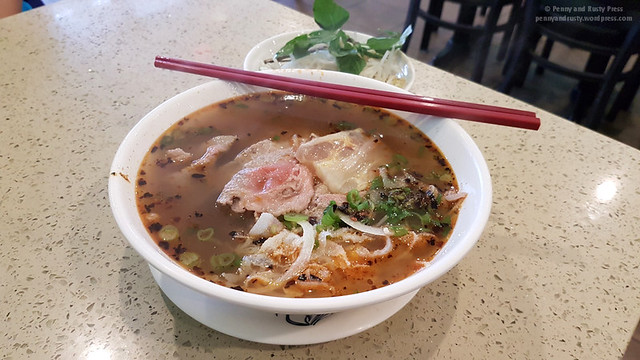 There were lots of noodles in this dish and I added some hoisin and sriracha sauce. Had to get the noodle pull shot. 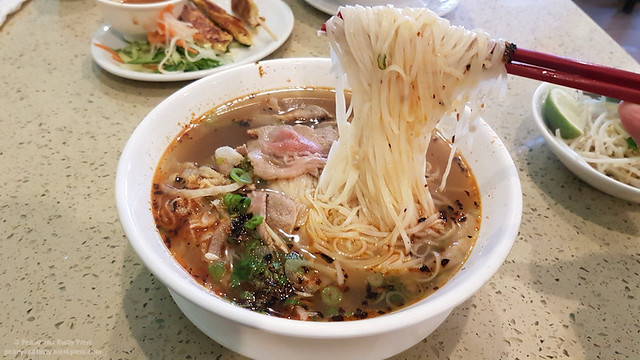 I’ve been finding that I’ve been craving Bun Bo Hue lately so I came back for a revisit and got the XL serving for $10. This was a seriously massive bowl. The only thing that I didn’t like was that the thick rice noodles were quite slippery and difficult to pick up. It would have been better with a thinner rice noodle. 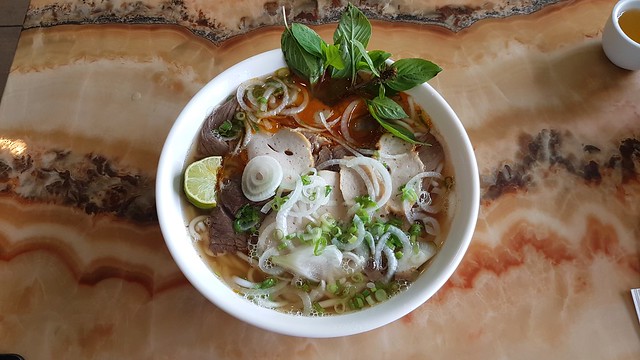 If you find yourself hungry while shopping in Queensborough Landing, this is a pretty good spot.