If you’re in New Westminster and looking for some aburi sushi, you’ve probably heard of Victoria Sushi. This tiny, hidden gem is located in a residential neighbourhood with serious challenges for parking.

Although I first found this place back in 2014, I haven’t returned recently so I decided it was a time for another revisit for their aburi sushi. Their aburi oshi sushi (aburi = flame-seared, oshi = box-pressed) is almost as famous as Miku and Minami but at a slightly cheaper price point. 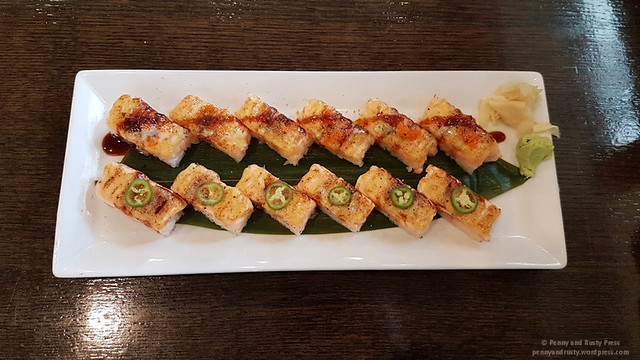 Aburi Salmon Oshi Sushi is definitely something that you should try here if you’re a fan of aburi sushi. But the Aburi Scallop Oshi Sushi is just as fabulously creamy. 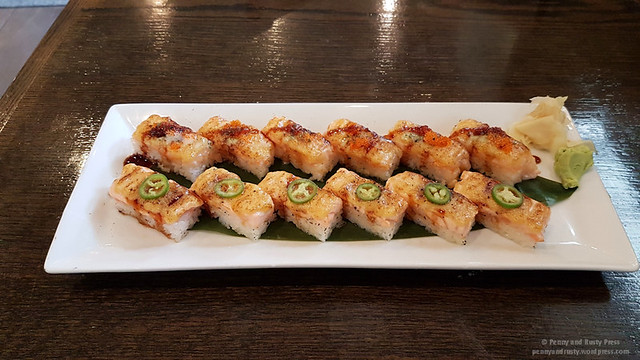 You get the slightest hint of heat from the jalepeño slice on top of the salmon. 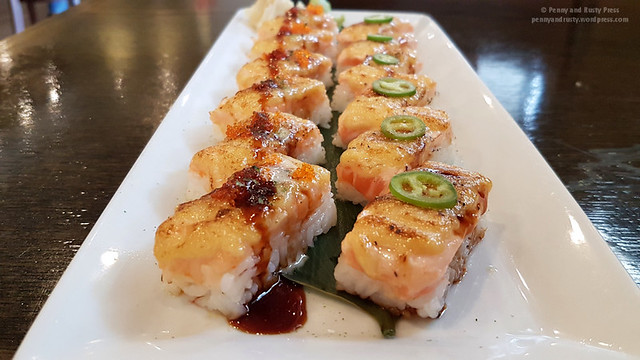 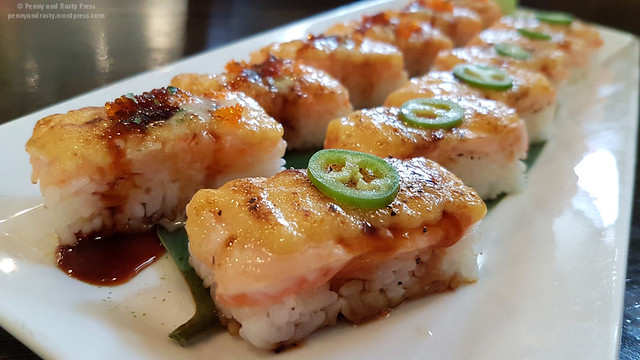 One of the worst kept secrets here is that they have off-the-menu items that you can order that’s really drool-worthy. The Temari Sushi Set ($23 for 9 pieces). Whereas oshi sushi is pressed into a rectangular shape, temari sushi is shaped into little balls. Seriously, these things are super cute! 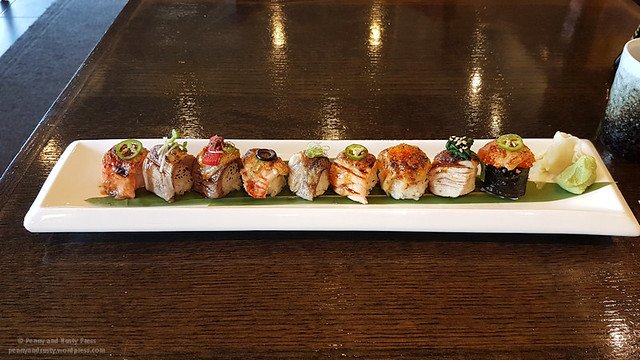 I don’t really recall all of the items in this plate but it included salmon topped with a jalepeño slice (similar to their aburi salmon oshi sushi), a tender but firm fish topped with pea shoots, beef with red pepper (I actually really liked this more than I thought I would as the seared beef had an interesting flavour and the slight chewiness was enjoyable), sweet shrimp topped with an olive slice (this was interesting but I found that the searing made the shrimp too chewy), and saba with green onions (this was the best of the bunch as the mackerel was buttery and had a very distinct flavour to it). 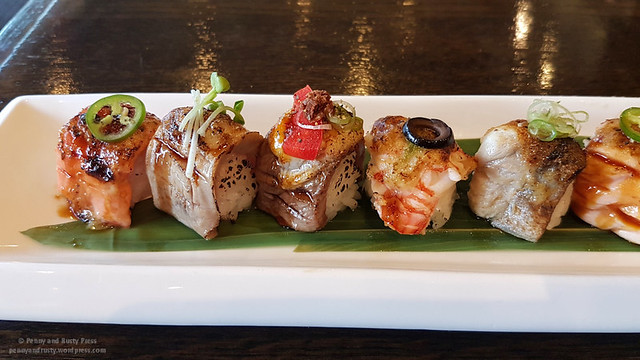 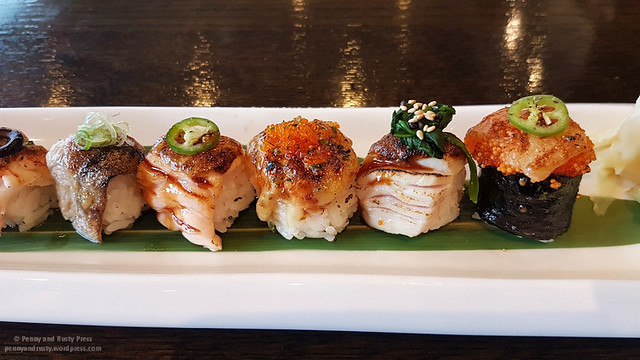 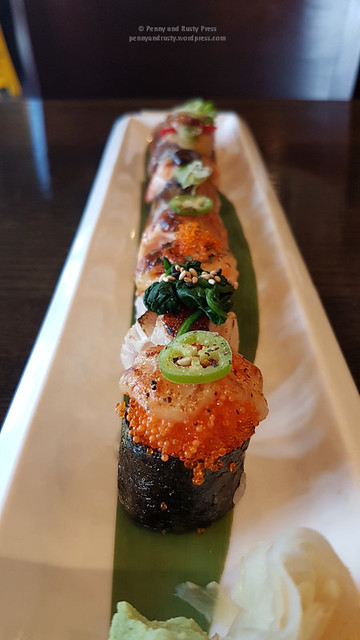 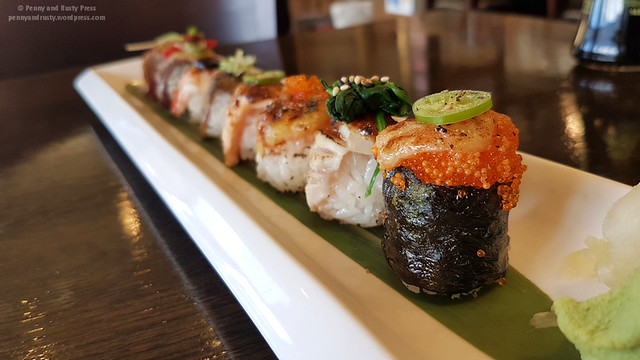 Seriously… that mackerel was awesome! It actually inspired my next visit when I ordered their Aburi Sime-Saba Oshi Sushi prepared with sweeet vinegar marinated mackerel with a house katsu sauce. I paired this dish with another off-menu item called “The Spoon” ($3.75 per spoon). 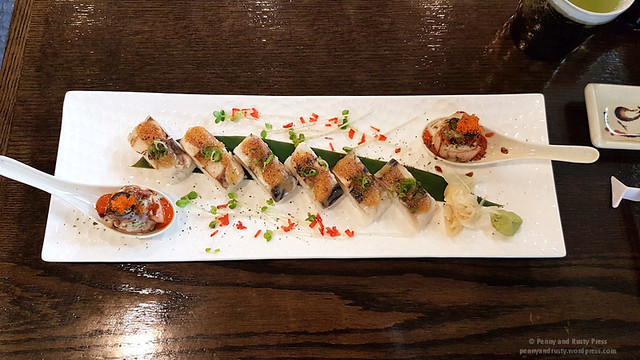 Plating is exceptional but keep in mind that it takes a bit longer to make these off-menu items so be prepared for a wait. 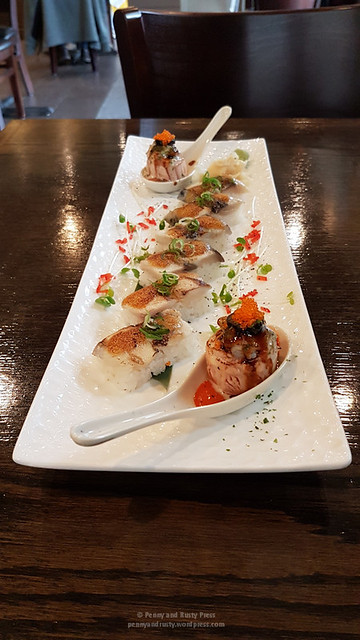 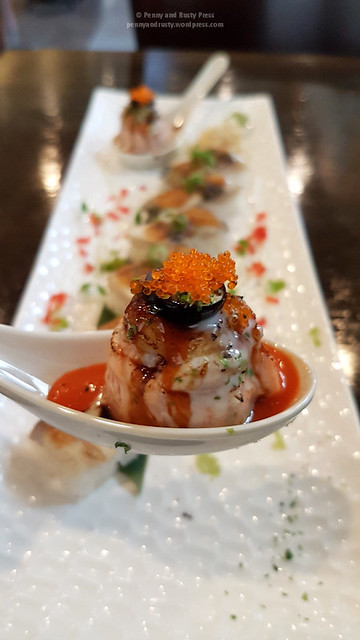 The first thing that I tasted in the spoon was the olive and the popping tobiko but that was quickly replaced with the creamy, melt-in-your-mouth aburi (salmon and scallop I think?) and followed with a lingering spicy sauce at the bottom of the spoon. 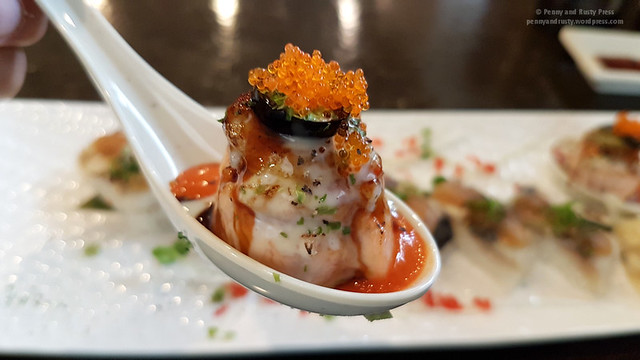 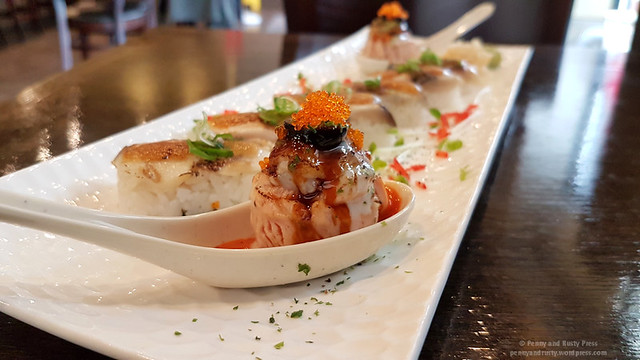 The dish is artfully decorated with pea shoots and red peppers. 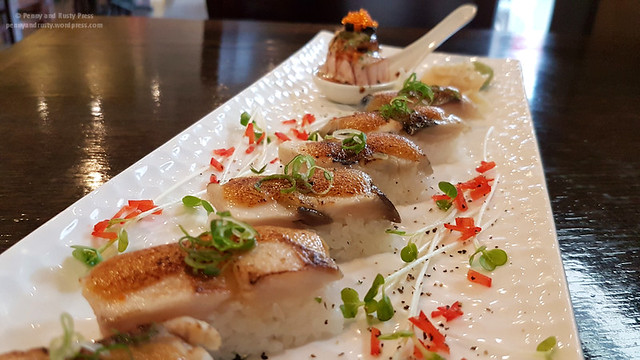 On another visit, I opted for the Toro Nigiri ($2.75 each) and Aburi Unagi Oshi Sushi. 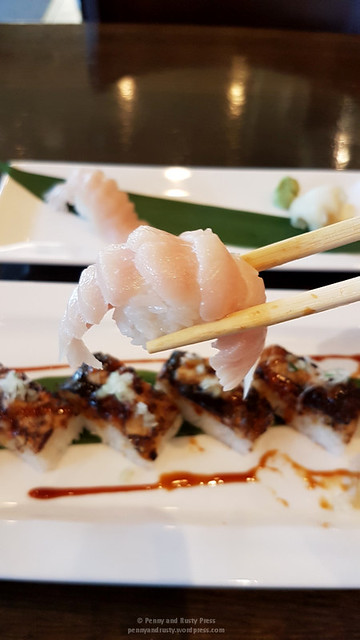 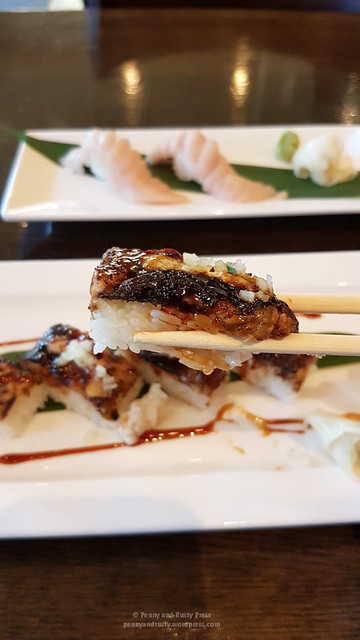 The buttery toro had a nice, long tail-to-rice ratio. 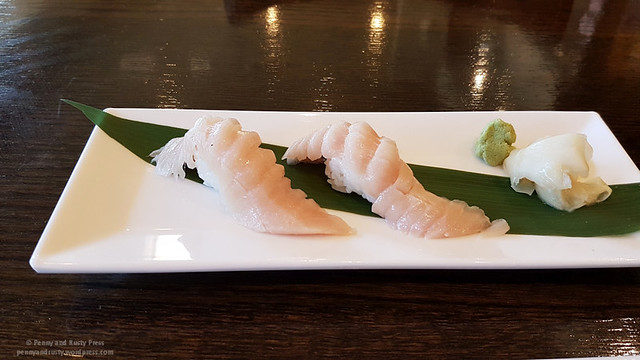 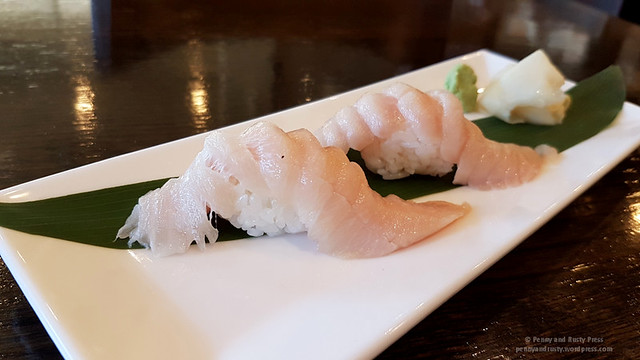 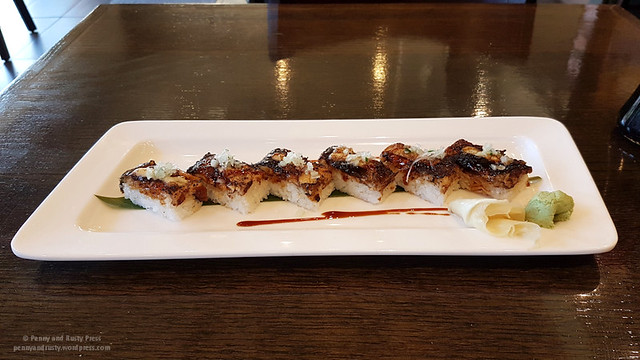 While the unagi was not thick pieces of eel, they were super buttery and creamy. 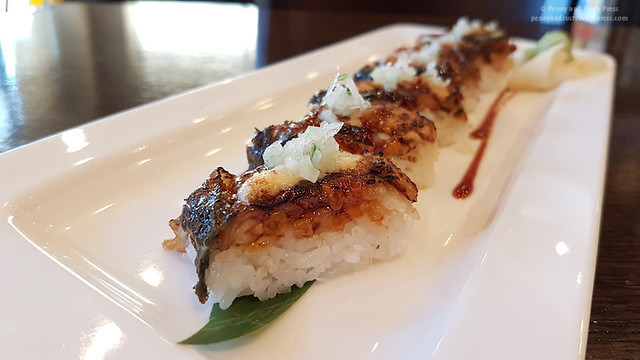 If you find yourself in a hankering for aburi sushi in New West, make sure you try this place out.