I’ve mentioned previously on a number of posts… there was a time when Red Robin was the place to go if you wanted to find “gourmet” burgers. Now, “gourmet” typically meant anything other than a regular cheeseburger and it was also a few decades before all of the newer burger joints started opening up. Still, Red Robin, services a fairly broad demographic looking for a family-friendly atmosphere at relatively fair prices.

We dropped by the Coquitlam location of Red Robin back in April and I have to say… it’s almost like going back in time… very little seems to have changed in terms of decor. They have, however, made some changes to their menu and included some new burger options.

Before we get to the burgers though, I started out with a Root Beer Float, bottomless and served with Barq root beer. Unlike my last visit to Red Robin, the root beer wasn’t flat. However, it took forever to finally get my refill so I pretty much finished my meal before it arrived. 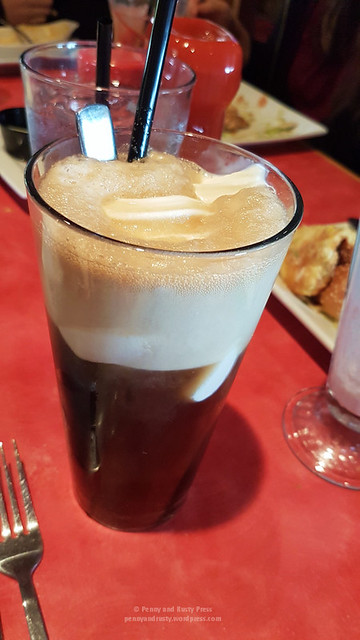 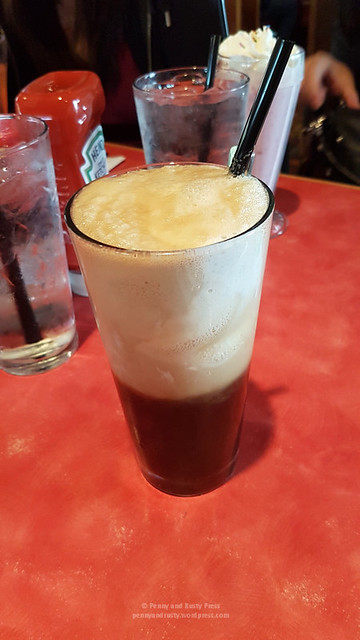 I ordered their Pig Out Tavern Double ($10.29), said to contain hardwood-smoked bacon and a creamy bacon-crumble aioli with tomato and lettuce. They let you customize your burger and I opted to switch out my regular bun with a jalapeño cornmeal bun, which turned out quite nicely. The fries are bottomless but they’re really not that great (never have been). 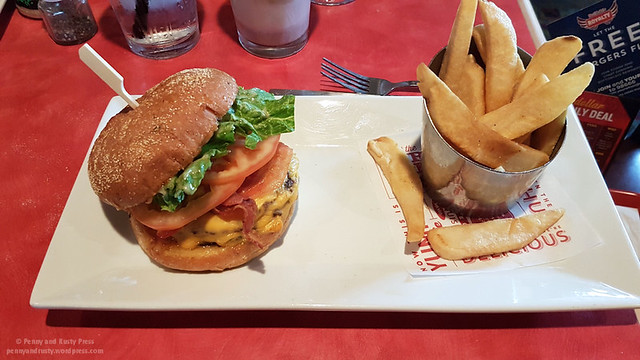 The burger itself was not too shabby but it was hardly a bacon-lover’s dream come true because the bacon was thin and there was no discernible bacon flavour to the aioli. The main difference between the Pig Out and the Big Pig Out is that the Pig Out contains double patties whereas the Big Pig Out has one patty which is slightly larger (or that’s how our waitress explained it). 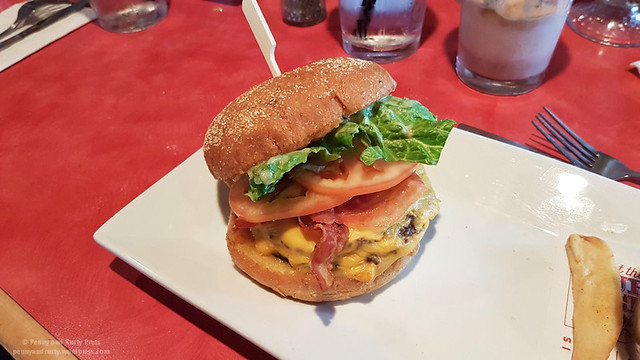 With all of the options available now for other restaurants serving gourmet burgers, I wouldn’t go out of my way to come to Red Robin solely for the food. Still, their menu is fairly extensive so you should be able to find something that you’d enjoy.