Okay, so I must have been having one of “those” days when I first visited Masita Korean Restaurant back in early June. This new restaurant is in the former Pho Tan location on Kingsway (which was my original planned destination). As a matter of fact, I had recently visited Pho Tan only a couple of weeks prior. So when I pulled up outside this restaurant in early June and still saw the name “Pho Tan” on the green awning, I must have been flying on auto pilot.

I walked past the same pot-hole infested parking lot and up the same rickety stairs and took a seat inside. When they placed the menu down on my table, I must have looked very confused because instead of seeing pho and other Vietnamese dishes, there was nothing but Korean food! I took a few looks around and finally realized that Pho Tan had been replaced by a new Korean restaurant.

Instead of leaving, I decided to give them a try. They have a limited menu offering so I picked the Bibimbap ($10) served in a hot stone bowl. As with most Korean restaurants, they brought out some banchan which included potatoes, kimchi and pickled veggies. 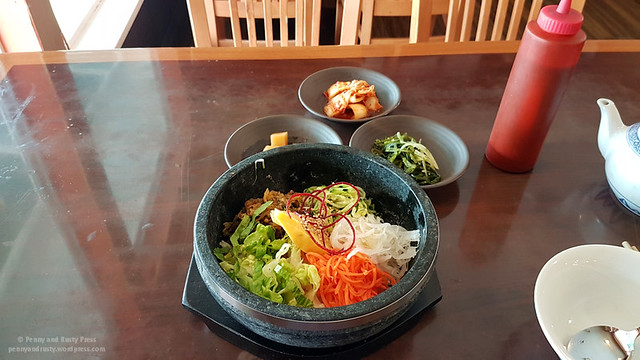 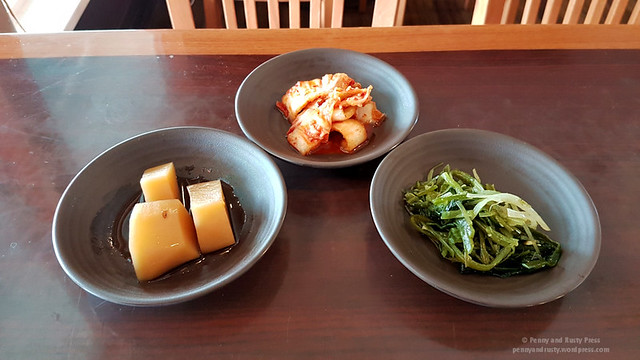 In their menu, they had a picture of the bibimbap with a nice, golden egg yolk on top… which was one of the things that I was looking forward to in this dish. As it turned out, I was very disappointed that they cooked the egg and foiled my plan to have a nice runny yolk to mix into the rice. 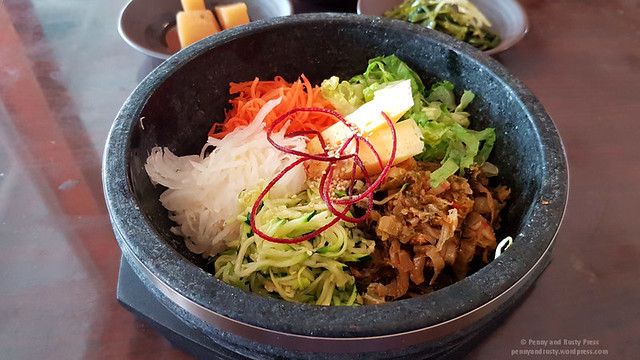 The other thing that was disappointing was that the rice barely got crisp on the bottom of the hot stone bowl (which is one of the best features of a dolsot bibimbap). 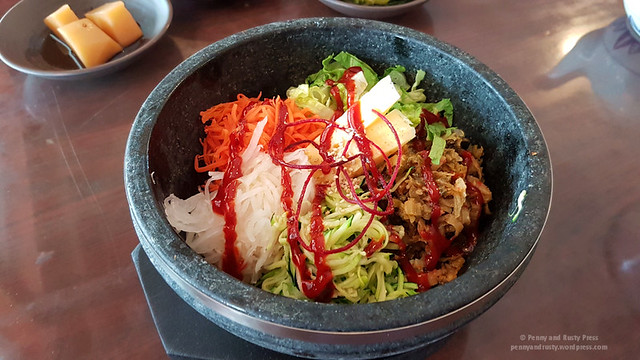 Overall, this dish was okay but not something that I would order again. The lack of meat in this vegetarian version was another strike against it. Since they just opened when I visited, I hope that they get better over time. Prices seem to be rather good when compared to other Korean restaurants but if this dish is indicative of their other dishes, I wouldn’t bother.