We’ve been to Lucky Plus Restaurant in the past… but never for dim sum. Since there’s not many dim sum restaurants in this area, we decided to see how their dishes turned out.

However, before we get to the dim sum, let’s talk about the Braised E-Fu Noodles (yee mein) with shredded meats and chives. Also known as “longevity noodles”, this is dish is known for being easy to eat because of the soft nature of the noodles. As expected, there’s not much flavour in this dish but that’s usually to be expected for this type of dish. 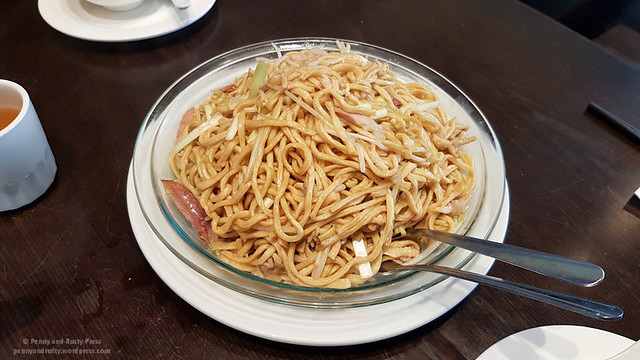 The dim sum dish that I was expecting to have a bit more flavour was the Truffle Siu Mai. Unlike the ones at Chef Tony, there wasn’t much truffle essence detectable in these large and plump dumplings. 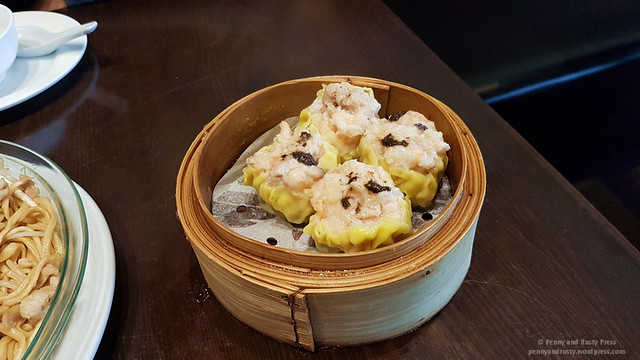 One of my favourite dim sum dishes is the Chinese Donut Rice Roll. True to form, the Chinese donut inside the velvety rice roll was nice and crunchy giving a good textural contrast with each bite. 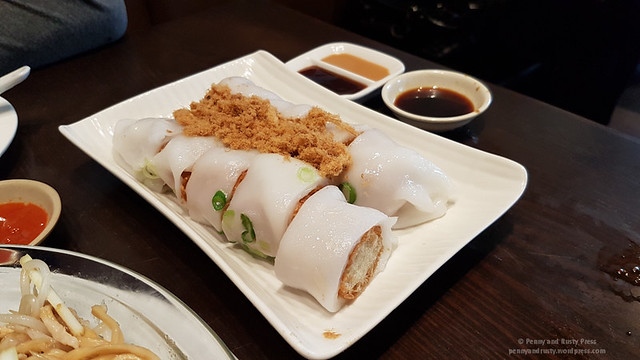 For the most part, I enjoyed the Steamed Tripe with Special Sauce. I did, however, find that some of these honeycomb tripe pieces were more tendony than I usually enjoy. 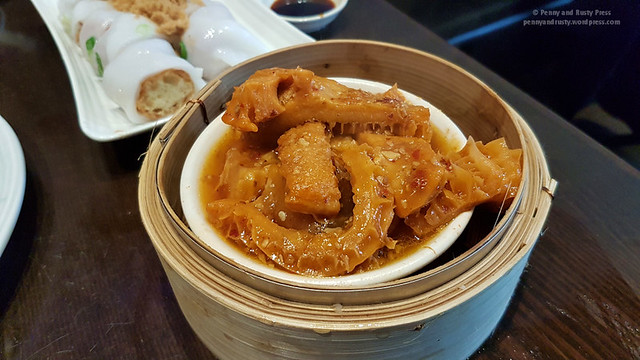 Last up was the Steamed Beef Balls. These plump suckers were bouncy to the bite with small pieces of water chestnuts inside. 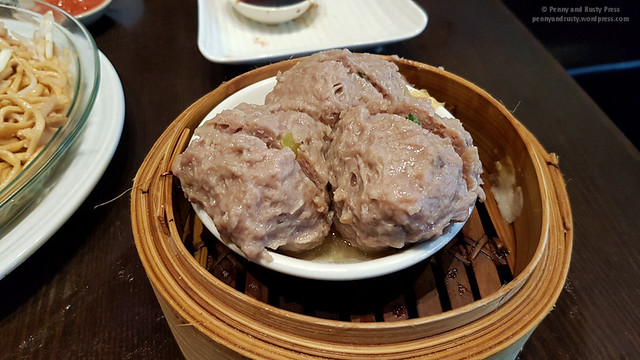 Overall, the dim sum dishes are a bit average… but given that there’s not many choices for dim sum in the area, it’s better than nothing.