One of the worst kept secrets in New Westminster is the fact that you can find some seriously tasty tacos at Taqueria Playa Tropical on 6th Street.

After hearing about this place a few years ago, I’ve been back numerous times to enjoy, not just their tacos, but also their tortas and enchiladas.

Recently, I’ve been in the mood for tacos so I came back for a revisit. They start you out with some complimentary tortilla chips and hot sauce while you wait for your food to arrive. 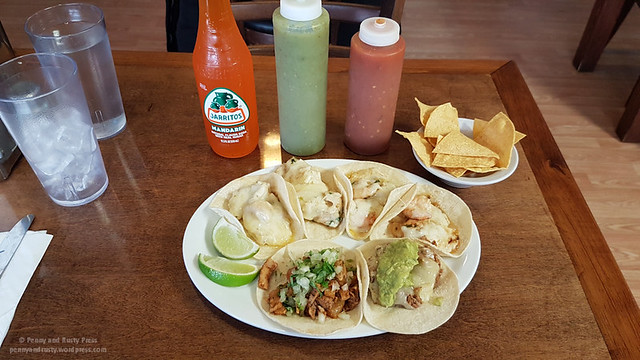 For $2.50 each, I wound up ordering the Pescado (fish fillet) and Camaron (shrimp) which are made very similarly with garlic, celery, onion, cilantro, and melted cheese. They don’t look like much but they were my favourites. The Choriqueso (chorizo, cilantro, onion, guacamole, and melted cheese) was also pretty good but I found that the Pastor (marinated pork, cilantro, onion, and pineapple) was a bit on the dry side. 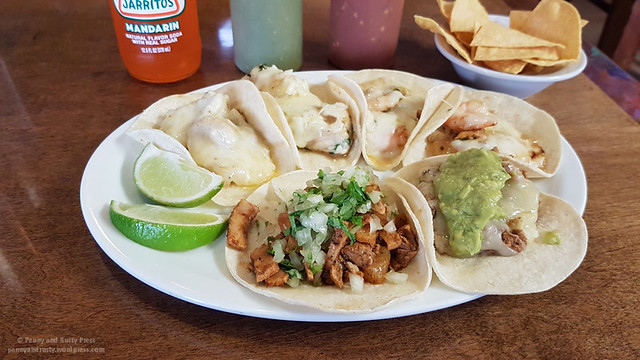 A few months later, I came back on a Tuesday for a revisit because tacos are only $2 on Taco Tuesdays. This time, I opted for the Carnitas, Carne Asada, Alambre, and Barbacoa. 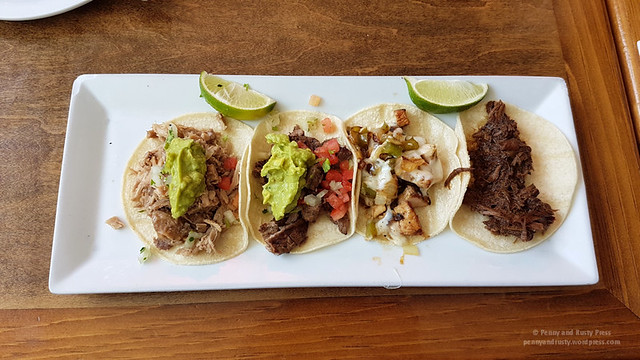 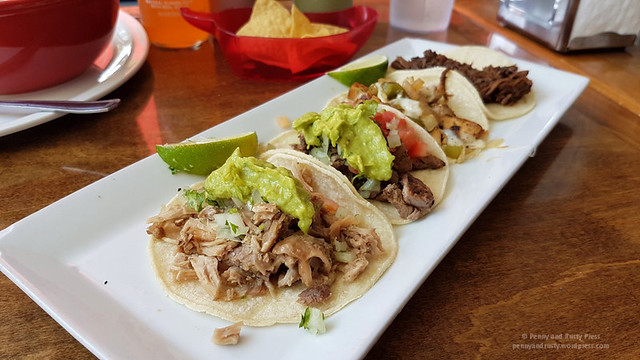 The Alambre has grilled chicken breast, green peppers, onion and melted cheese whereas the Barbacoa is simply slow-cooked beef with onions and cilantro. Both of these tacos were my favourite from the four that I tried on this day. 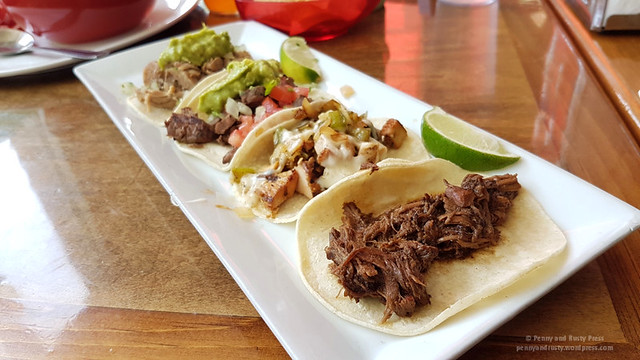 So apparently, Menudo isn’t just a Puerto Rican boy band… it’s also a traditional Mexican soup made with honeycomb tripe and served with onion, cilantro, lime, and corn tortillas. I know it doesn’t look like much here. If you don’t mind tripe, this soup ($10) is actually quite good. There’s a nice bold flavour with a hint of heat and the tripe was generally quite tender. My only complaint about this dish is that the honeycomb tripe seemed to be missing the honeycomb part of the honeycomb tripe (which is really the best part). 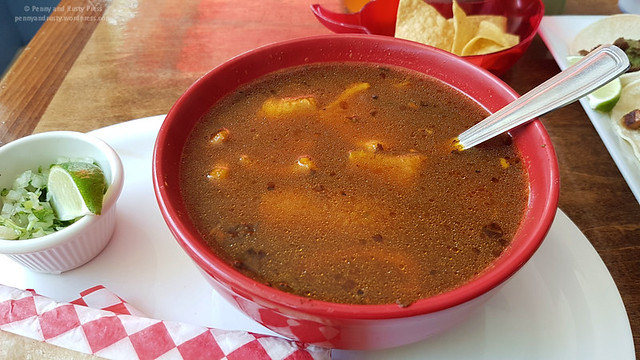 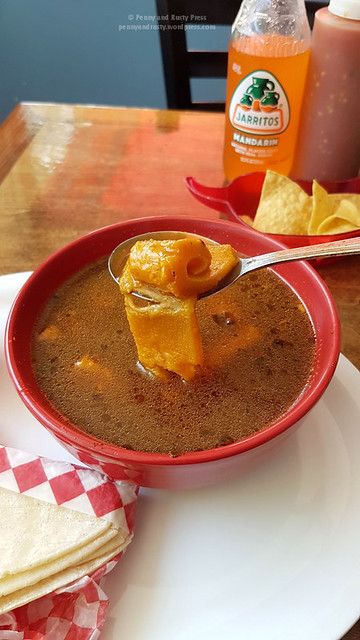 For some reason, I was in the mood for taquitos (a rolled-up tortilla filled with meat and deep-fried) so I wound up ordering their Flautas ($11) which is basically the same thing. You get 4 rolled up corn tortillas filled with your choice of shredded chicken or beef which is then deep-fried. They top it off with shredded lettuce, cheese, tomato, onion, cilantro, guacamole, and sour cream. The fried tortillas have a nice crunch and pairs well with the toppings. 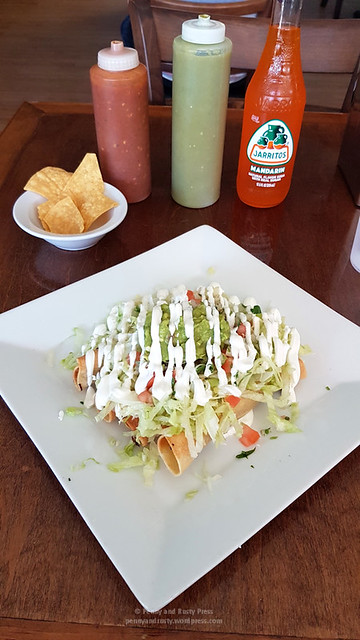 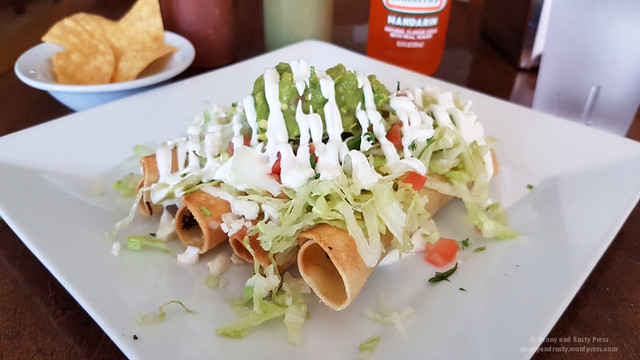 On another visit, I tried their Tostadas ($10 for 2). These crispy six-inch tortillas are topped with beans, cheese, lettuce, tomato, onions, cilantro, guacamole, and sour cream. You pick any of their regular meat options from their taco selection so I opted for the barbacoa (slow cooked beef). 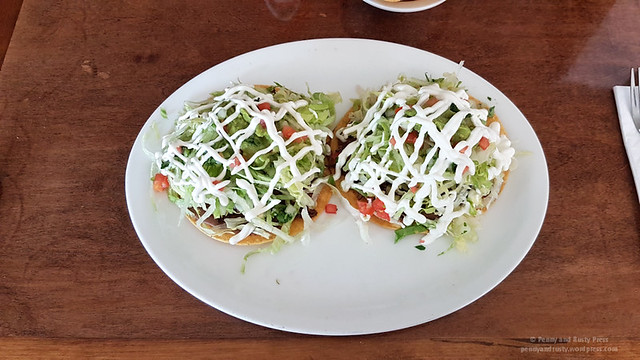 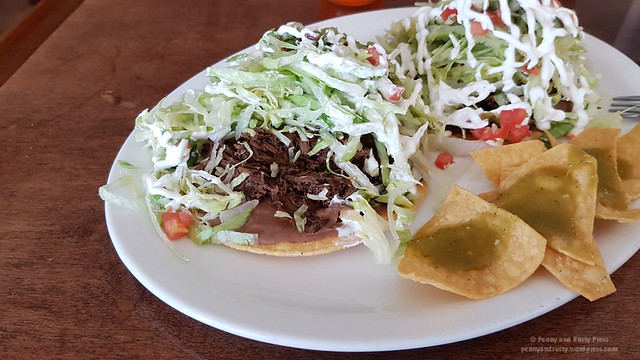 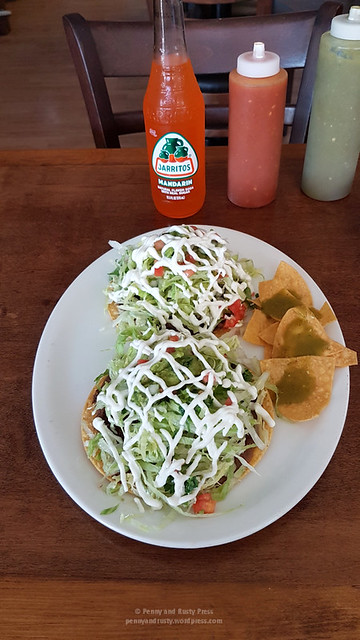 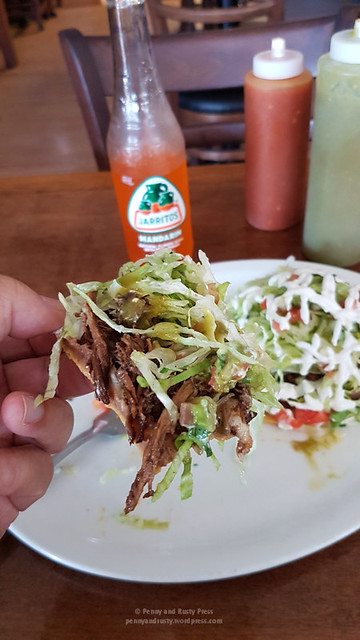 I’ve had their tortas before but it seems like they’ve changed the bun that they use now. This is their Choriqueso ($7) made with Mexican chorizo, tomato, cilantro, lettuce, onion, and guacamole. The bun they use now is a bit too soft and chewy… they really need to stick with either a crusty bun or the ciabatta-like bun they used to use. 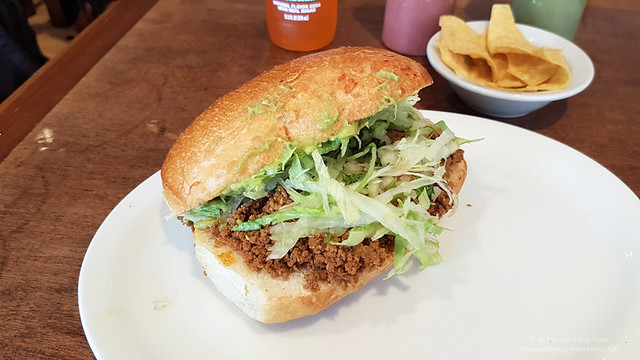 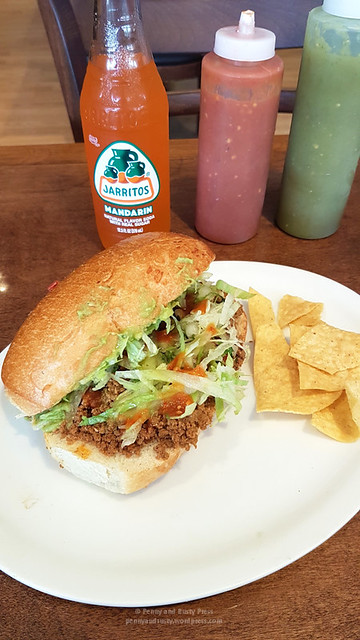 Definitely one of the best places to pick up tasty Mexican food in town. I always forget the differences between tacos and tostadas so I usually go with this quote from One Day, “A tortilla is either corn or wheat. But a corn tortilla folded and filled is a taco, whereas a filled wheat tortilla is a burrito. Deep fry a burrito, it’s a chimichanga. Toast a tortilla, it’s a tostada. Roll it, it’s an enchilada.”