During Canada Day, we stopped by Chewies Steam & Oyster Bar in Coal Harbour – partly to get some food and partly to avoid the huge crowds that were building up for the Canada 150 celebrations.

The thing that we’ve always liked about Chewies is their southern-inspired dishes so it should be no surprise that we ordered the Jambalaya ($21) with house-smoked chicken, andouille sausage, tasso ham, and prawns with spicy cajun rice. 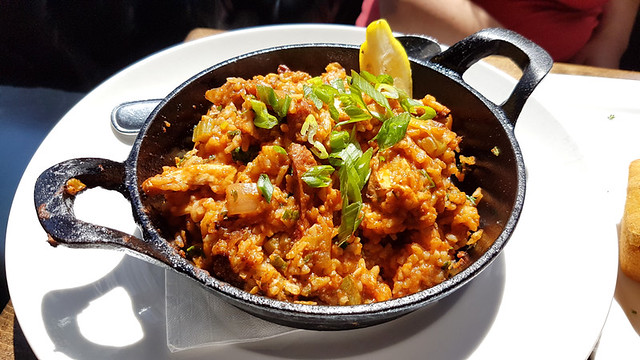 And nothing makes a good jambalaya better than corn bread with whipped berry butter. 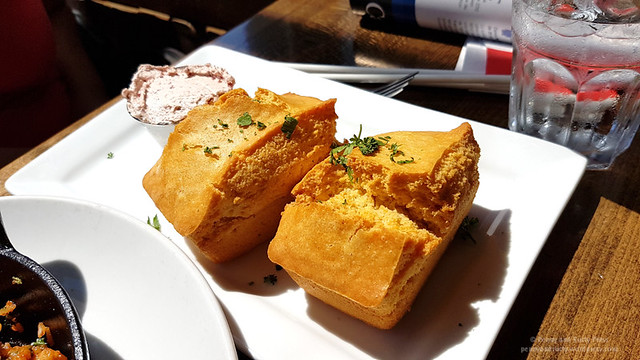 For my part, I ordered the Croque Madame ($16) served with hash browns. I only wish that the potatoes had more of a crisp to the exterior. 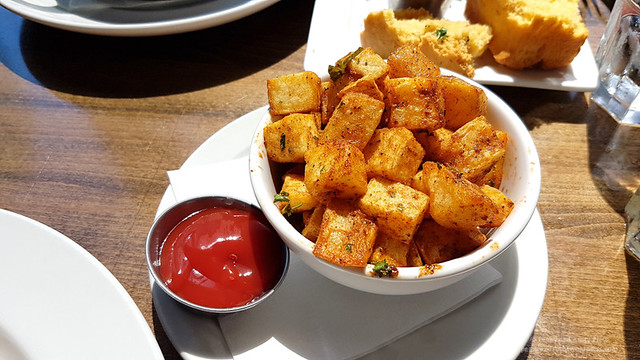 The croque madame, on the other hand, had the perfect level of crispy, crunchy from the bread mixed with the creaminess of the smoked gorgonzola cheese. And who could say no to a fried egg with a nice, runny yolk? 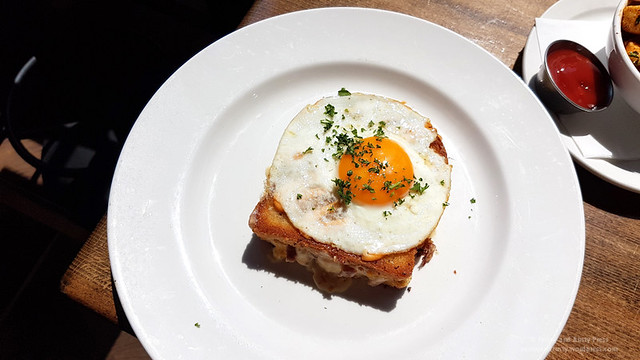 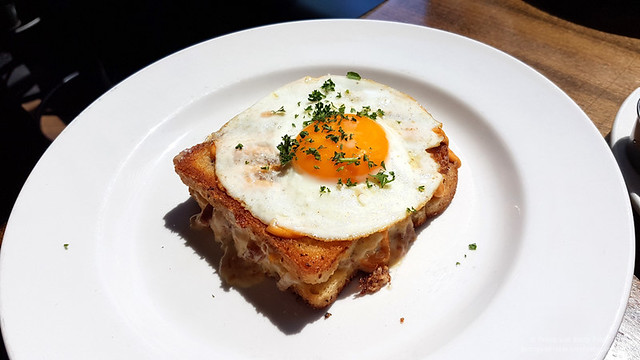 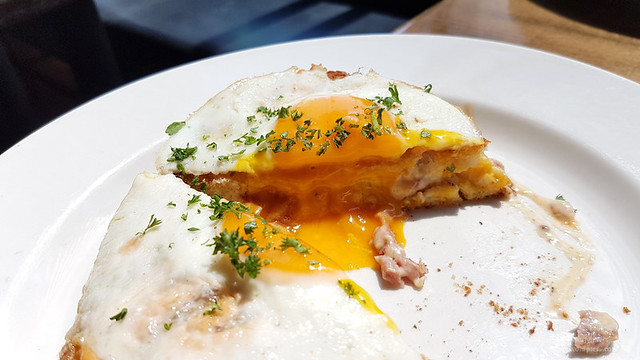 Like their Kits location, their wait staff has a bit of an exaggerated attitude which some people either enjoy or despise. Take it with a grain of salt because it seems like they’re purposely trying to give customers some sass.