Over the years, Western Lake Chinese Seafood Restaurant has consistently been rated high by diners in Vancouver. The fact that this restaurant is tiny hasn’t helped since there always seems to be lineups (especially during dim sum).

The last time we were here was a little over six years ago for dinner (and I have to admit that their dinner was pretty spot on). After returning from our trip to Hawaii, we were hankering for some dim sum and decided to give Western Lake a try since we figured the dim sum crowd would have died down by 2pm. Well, we were wrong and we still had to wait to get a table. They pack the tables in here very tight and there’s not many small tables so we wound up sharing one of the larger tables with three other parties.

Our fist dim sum dish to arrive was the Eggplant Stuffed with Shrimp Paste. The large size of the portions at Western Lake was evident as soon as this dish hit our table. I found the eggplant itself to be a bit stringy so I would say that it’s just average compared to other eggplant dishes I’ve had at other dim sum restaurants. 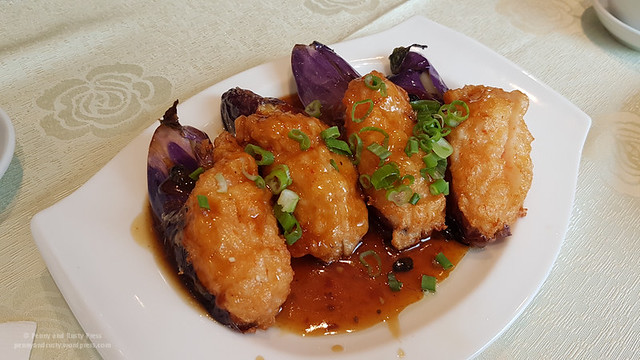 Next up was the Chinese Donut Rice Roll topped with pork floss. I imagine they serve this stacked up like this due to the limited table space. 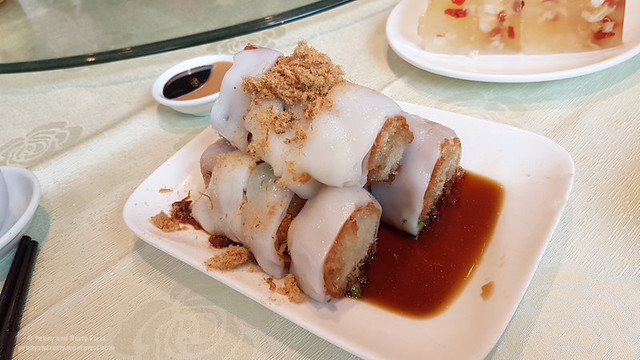 Our dessert dish, Lychee Gelatin with Wolfberry (aka goji berry) was the next dish to be ushered in. Honestly, I don’t know why so many dim sum restaurants are insistent on bringing out dessert mid-meal. Yes, I know it’s probably already pre-made… but would it kill them to wait to bring dessert until the end of the meal? 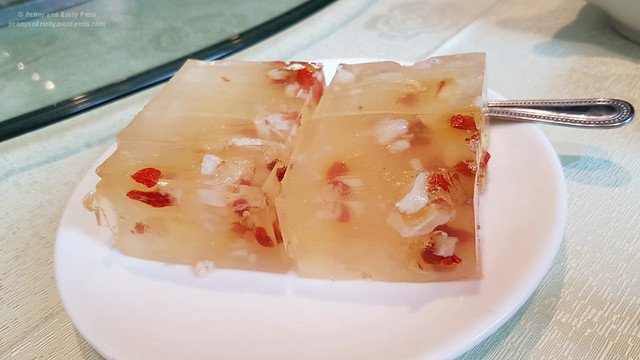 The Yee Mein with Seafood isn’t a dim sum dish but we ordered it anyways as it’s very comforting. The soft yee mein noodles were mixed with shrimp, fish, scallops, and dried shrimp and had a slight spicy heat to it. 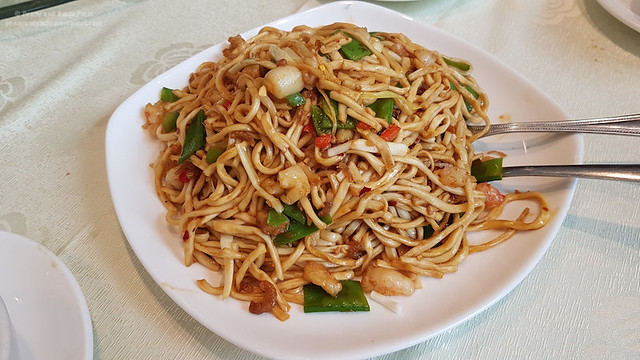 Moving back to the dim sum dishes, the Steamed Prawn with Pea Tips dumplings were large and in translucent wrappers. 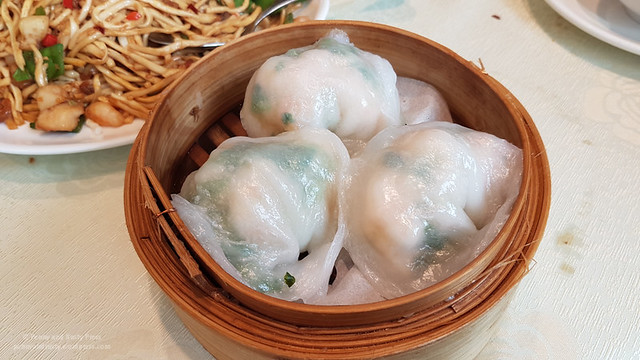 Our last dish was the Siu Mai. These puppies were massively huge – each dumpling was the size of two normal sized siu mai at other restaurants. Plus, they didn’t skimp out on the shrimp in the filling. 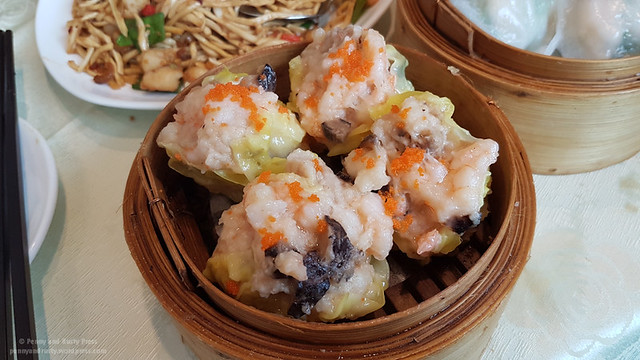 Overall, the food was pretty good (with some items better than others). Probably one of the things that makes this place so popular is the portion size. Personally, I could do without the cramped quarters and noise level (which is typical of many dim sum restaurants).