What’s one of the best things about dim sum? For us, it’s getting to try a lot of different dishes. And if you go for dim sum with a large group of people, that’s usually what you wind up doing. However, if it’s just the two of us, we find that it’s difficult to order more than 5-6 dim sum dishes because we get so full. I mean, I might want to eat 1 steamed bbq pork bun… but not 4 at one sitting.

So the concept of having dim sum at a mall food court is interesting. Especially since that said dim sum stall is backed by the name of Chef Tony. Chef Tony has a very popular dim sum restaurant in Richmond that’s known for their lineups and especially for their black truffle siu mai. 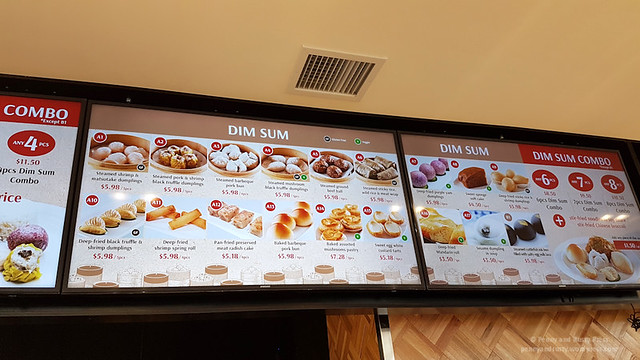 While this stall in the Metropolis food court opened up a while ago, I’ve steered clear for quite some time because I wasn’t sure about the quality of the dim sum. We finally took the plunge this summer and got 2 Dim Sum Combos with 6 mix-and-match dim sum pieces (only the regular dim sum is included and you have to pay extra if you want the special dim sum pieces) and a choice of soy sauce noodles or veggies. 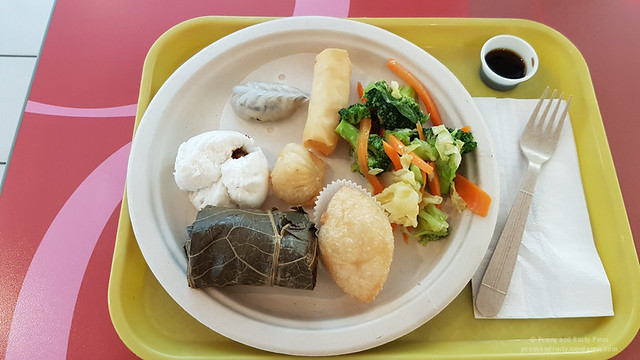 I found that their black truffle pork and shrimp dumplings were small in size (which is actually similar to the ones you get at Chef Tony in Richmond) but they lacked any discernible truffle essence. Most items were fairly meh… including the egg white custard tarts which lacked a flaky shell and the tiny siu mai. What actually turned out to be a winner was the deep-fried purple yam. The dim sum that rounded out our dishes were steamed beef ball, steamed bbq pork bun, steamed mini sticky rice wrap, deep-fried meat dumpling, deep-fried black truffle and shrimp dumpling, deep-fried shrimp spring roll, steamed mushroom black truffle dumplings and radish cake. 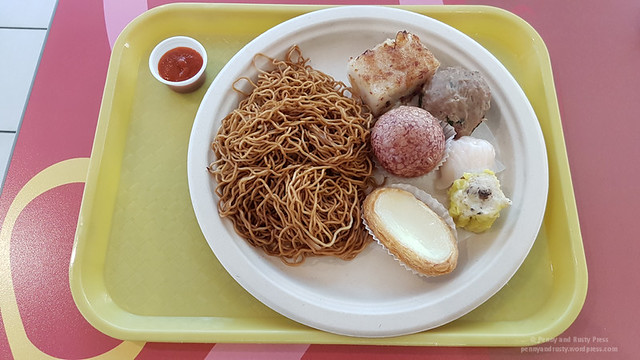 The soy sauce noodles aren’t anything to write home about but they make an adequate filler. We decided that we’d give them another shot the following week and tried their Rice Combo with 4 dim sum pieces ($11.50). They make these rice dishes as they’re ordered so you have to wait about 15-20 minutes before they’re ready. We ordered the Pork Spareribs and the Chicken and Mushrooms. 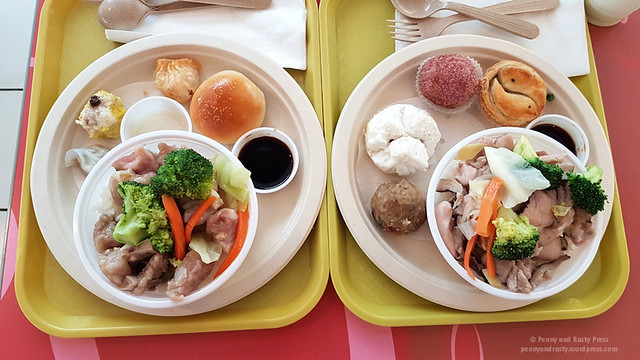 I’d say that, overall, the dim sum is of average quality (similar to the fresh dim sum that you’d find at T&T) but it is nice to be able to pick and choose the dim sum À la carte.