After our introduction to melonpans during our trip to Japan last year, I’ve been seriously craving these crunchy-topped buns. Recently, I heard that a place on Fraser Street had started selling these in Vancouver and we wound up stopping by after a Lobster Sticky Rice dinner at nearby Ho Yuen Kee.

If you’ve never had Japanese melonpans before, they get their name from how they look like melons (not because they taste like melons). While some people compare them to pineapple buns (which similarly gets their name because the top looks like a pineapple), melonpans are so much better. The cookie-like crust on these buns gives you a considerable crunch when you bite into them. 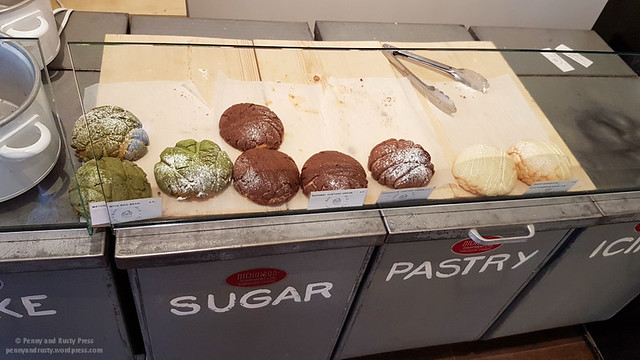 We picked up the Matcha Melonpan with red bean filling. They also had a White Chocolate with berry compote filling and a Chocolate with Caramel filling variety during our visit. 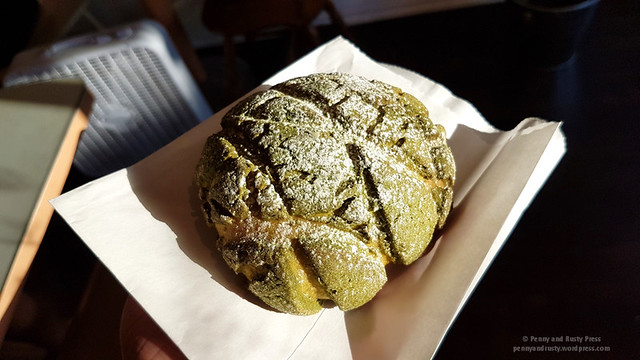 Melonpans aren’t the only Japanese delicacy that you can pick up here as they also serve sandwiches and other tasty pastries. 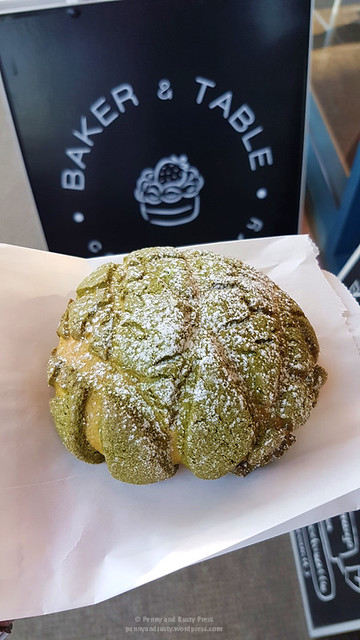 The only thing that can make a melonpan better is filling it with ice cream… which is just what we did on a subsequent visit. You can pick and choose which flavour of melonpan that you want and add either vanilla, chocolate or matcha ice cream. 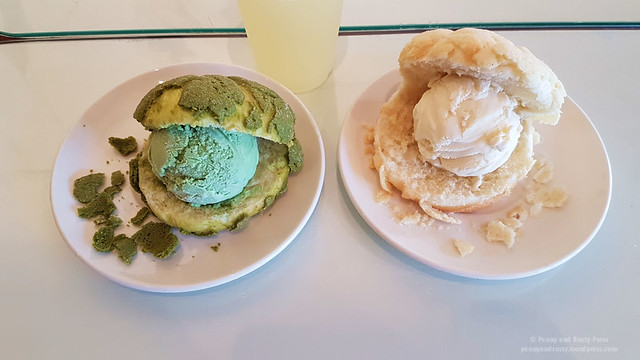 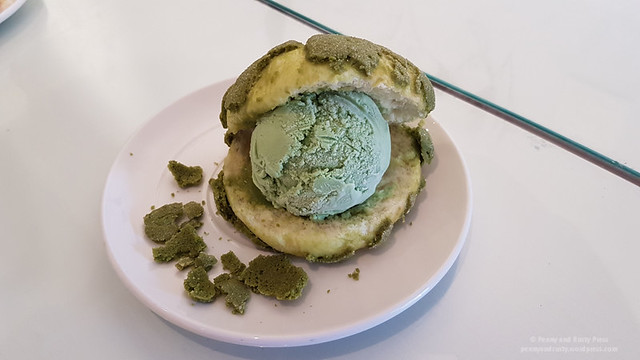 The ice cream scoop was large and made it a bit difficult to eat. We wound up cutting the ice cream scoop in half and flattening out the melonpan. The downside to the melonpan ice cream is that some of the crust falls off when they cut it open (and that’s one of the best parts of the melonpan). Loved the crunchy topping mixed with the cold ice cream and the chewy mochi bottom. 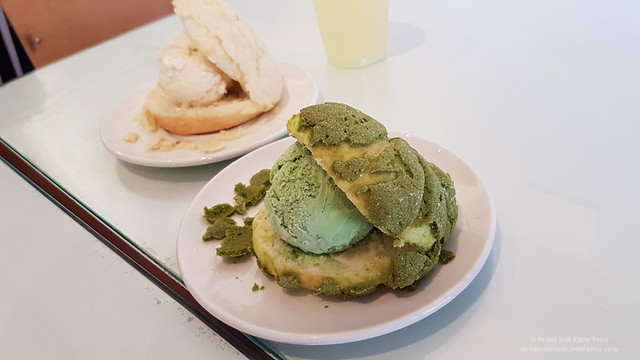 You can also find these melonpans at a few other places such as The Gray Olive. That’s where we picked up a couple of black sesame mochi, a chocolate mochi lava, matcha mochi lava, and a matcha mochi red bean. 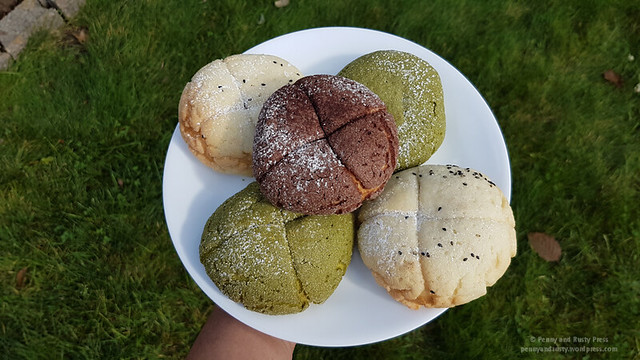 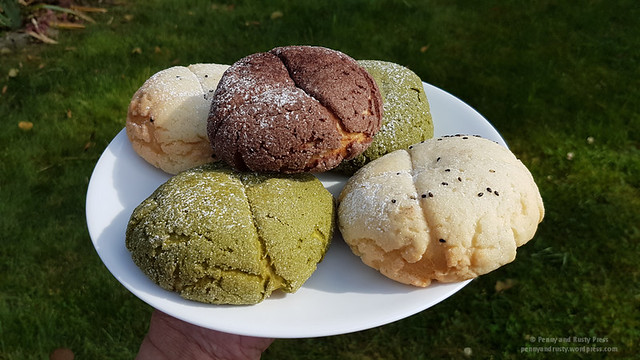