Ningtu is a small Chinese restaurant that’s been around for over 2 decades on Kingsway, on the same block as Happy Family Restaurant. The interior has an odd L-shape with the restaurant frontage smaller than it is in the back of the establishment.

The Peking Duck ($38.95 for 2 courses) was pretty solid. While super thin, the duck skin was very crisp and had a modest amount of duck meat attached to it. I really appreciate the nice wrappers that they have here… instead of stacking them like pancakes (which sometimes makes it difficult to pick up and separate), each wrapper was folded and laid out so it was easy to pick up. 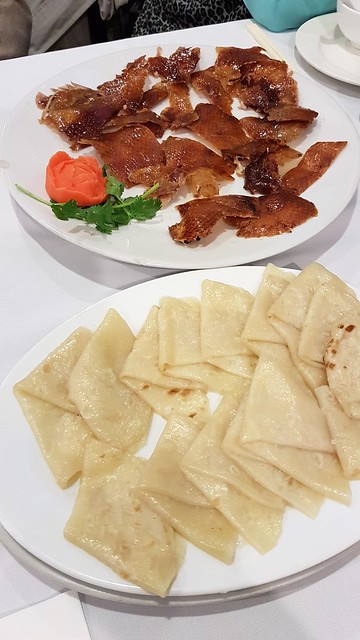 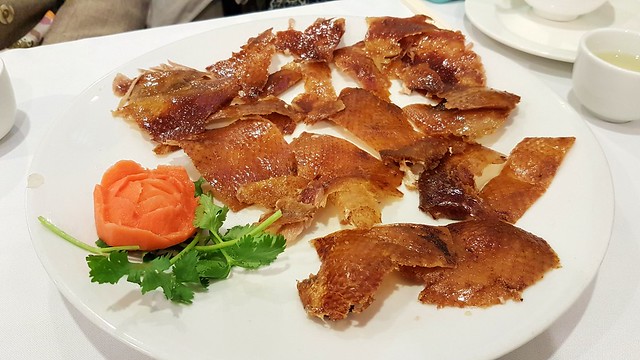 As it turns out, while the duck skin had very little meat attached, the second course of the Peking Duck (the duck lettuce wrap) was quite meaty. Overall, a pretty good 2 course Peking Duck iteration but I did miss the shrimp chips. 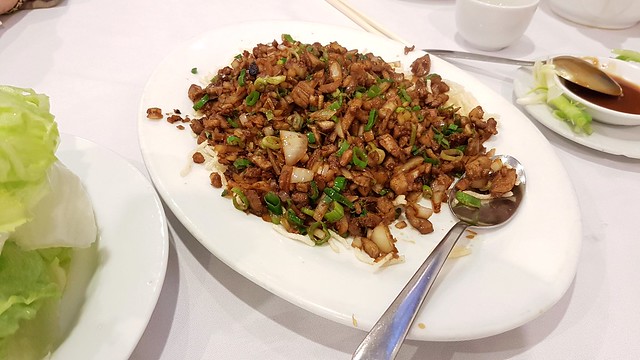 For our veggie dish, we ordered the Egg Tofu with Broccoli, Enoki, and Shiitake Mushrooms. There’s something about how silky egg tofu is that makes it so pleasing. 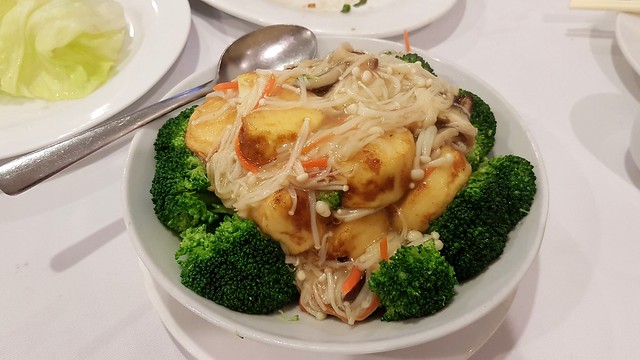 Last up was the Sweet and Sour Rock Cod ($28) which is deep-fried with tomatoes, peas, and onions. 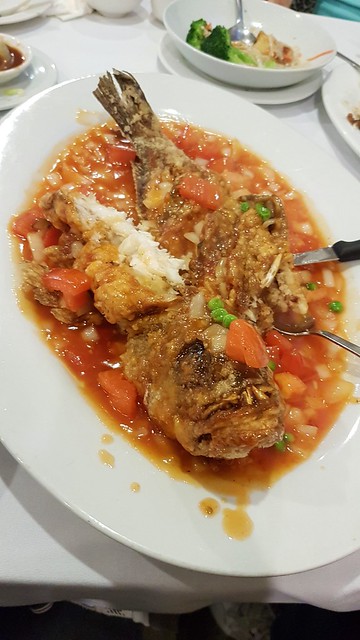 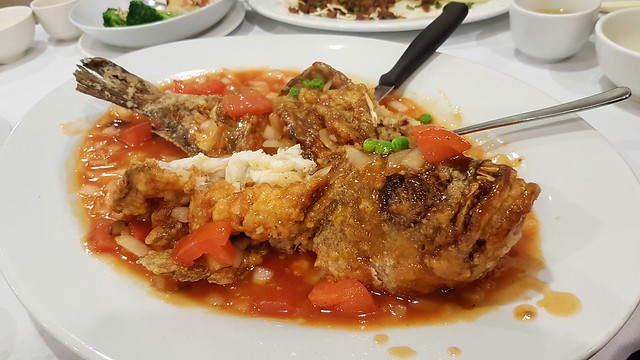 Fairly solid eats here, which must explain why they’re still in business after all these years.