On On Wonton House: Pork Chop with Black Pepper Sauce

On the search for Sunday eats, we found ourselves at On On Wonton House located at 5640 Kingsway. I’m fairly certain that this used to be the location of Mr Ho’s Wonton House (which has since moved a bit further east on Kingsway a number of years ago). We were a bit hesitant since this place was dead at 11am but figured we might as well try them out.

Upon walking inside, there’s a sign which states that they’ve been around since 1965 which made me wonder if this is the same restaurant as On-On that used to be in Chinatown back in the 70’s (anyone know?). As you can see, the inside of this restaurant is actually larger than it appears from the outside and the interior decor (aside from the partially burned out tv) was fairly nice. The utensils and dishware, however, seemed to be a bit lacking in cleanliness. 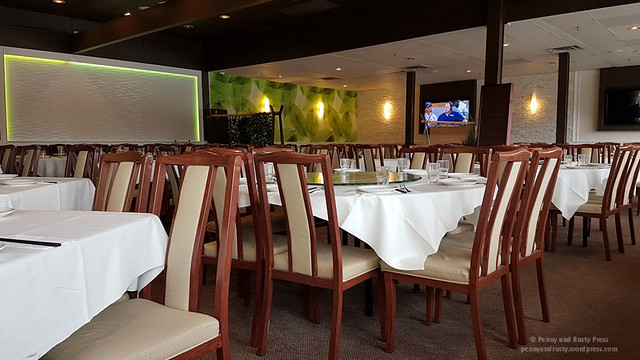 We ordered the Wonton and Beef Brisket Wonton Noodle Soup ($7.95). As you can see in the pic, the beef brisket, while fairly tender, had some big chunks of fat in it. I suppose that’s to be expected a bit. The thing that threw us was the noodles… they seemed to be chopped up for some reason. As for the wontons themselves… I’ve had better. If you’re looking for a wonton filled with plump and snappy shrimp, you’re not going to find it here. 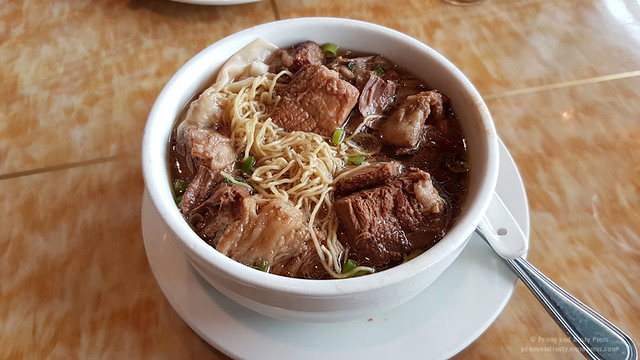 We saw on their special menu that they had lobster in cream sauce with efu noodles for $16.95 and figured we’d try that out. However, when we tried to order it, they said they didn’t have any lunch special lobsters available (I’m guessing they didn’t have any of the small lobsters since $16.95 is a pretty good price). Instead, we wound up ordering the Pork Chop with Black Pepper Sauce ($10.95) which arrived on a sizzling hot plate. This was actually quite good and came served with onions and peppers and a bowl of rice. 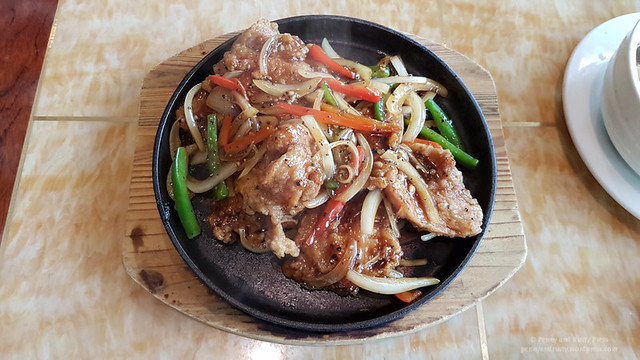 Overall, I probably wouldn’t return for the wontons. They did have a pretty good lunch menu (at least from the pictures) and kind of reminded me of the menu at Chongqing. On the plus side, they also give you fortune cookies at the end of your meal.