Peaceful Restaurant is a popular noodle house chain which recently opened a new location on Kingsway. Surprisingly, the inside of this location isn’t too small (a pet peeve of their Broadway location).

The Xiao Long Bao ($7.95) was pretty good with a thin skin (except for the top twirl) which encased the minced pork filling. While the dumplings did have some soup on the inside, it wasn’t an overwhelming amount. However, I was pleased that none of the XLB broke. 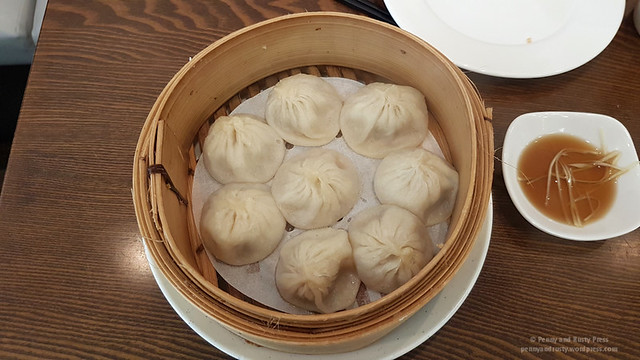 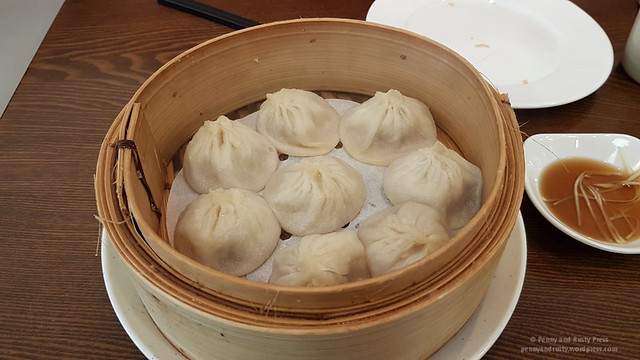 One of the items that we always try when we go to Peaceful is their Beef Rolls ($7.95) which is filled with five-spiced beef rolled up in a flaky wrap that’s soft and chewy on the inside. Their version doesn’t incorporate a large amount of green onions but they have a fairly good ratio of beef and hoisin sauce. 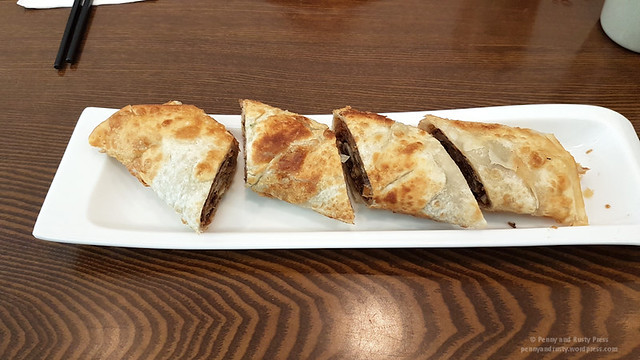 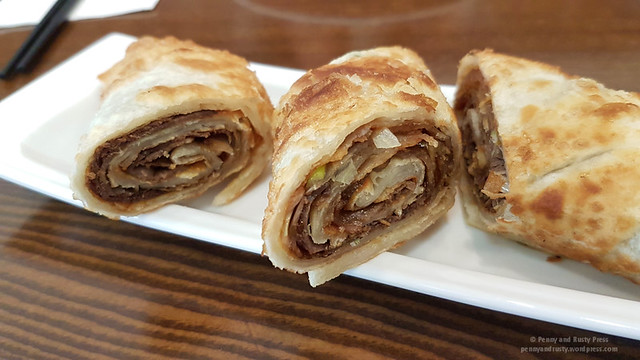 The main event at Peaceful, however, is their noodles. We picked the Peaceful House Stir-Fried Noodles ($13.95) with hand-dragged noodles mixed with shrimp, fish, bbq pork, veggies, and chili garlic sauce. The toothsome noodles have varying thickness due to how they are prepared and provides for an interesting textural contrast. 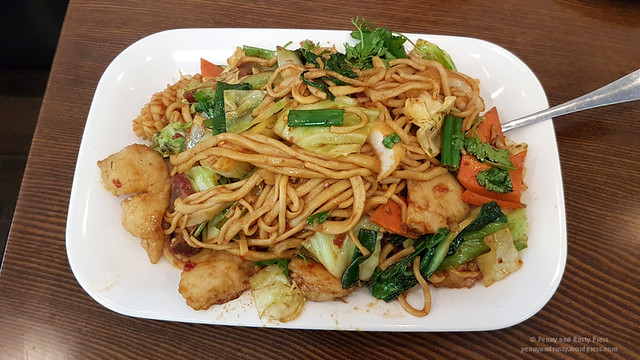 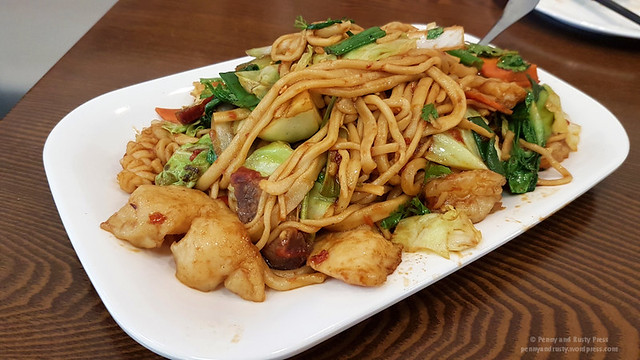 It took us over 3 months to revisit, but when we did come back, we decided to try a few other dishes (in addition to their beef rolls. 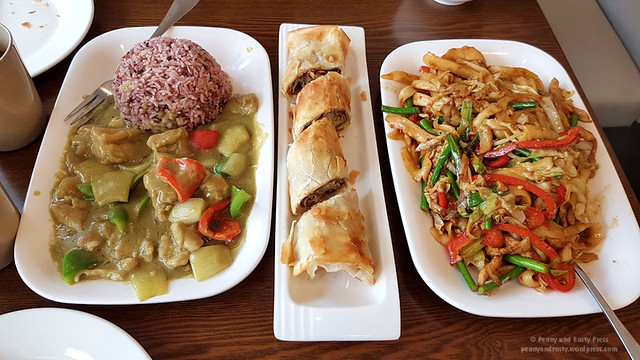 As soon as we sat down, they dropped off a couple of complimentary Hot and Sour Soups. Definitely a bit of lingering kick from the chili oil and an adequate amount of sourness but not a lot of depth in flavour. Since it was free, can’t really complain too much though. 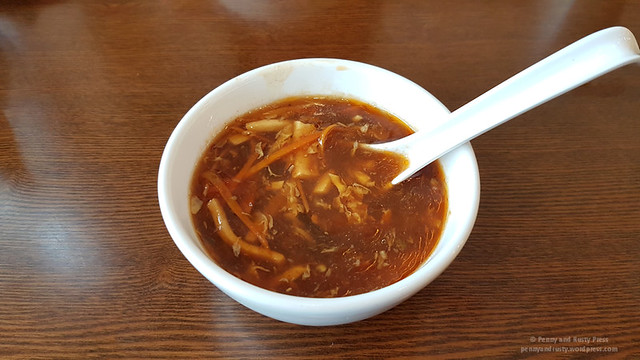 As I mentioned previously, their Beef Rolls are pretty solid. While lacking green onions, the flaky pancake was on point, as was the ratio of beef and hoisin sauce. 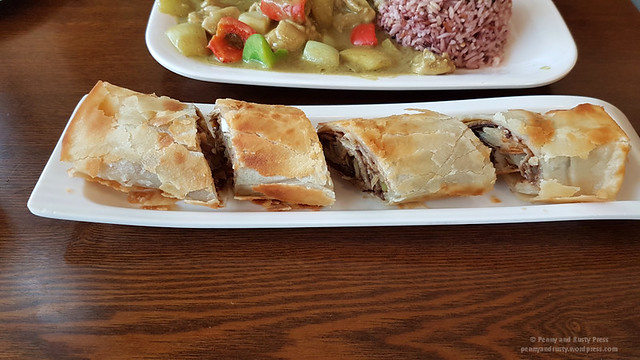 We ordered the Northern Curry Chicken on Mixed Rice lunch special ($7.95) which was a pretty good value. While I usually prefer a deep Indian or Thai curry sauce, every now and again, I feel the urge for the simplistic Chinese-style curry in this dish. 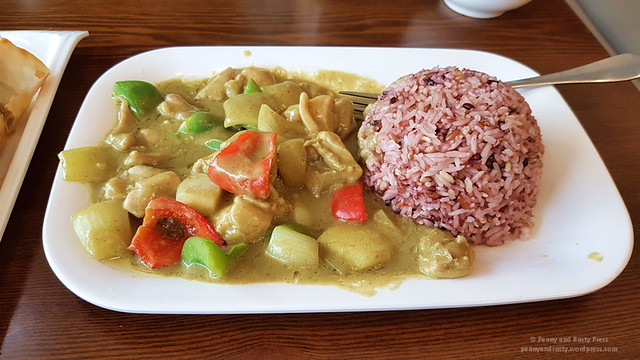 Last up was the Sichuan Fried Noodles ($12.95) with shredded pork, cabbage, garlic stems, peppers and Sichuan chili sauce. This time we went with the blade-sheared noodles which produces a wide, flat, and chewy noodle. I’m actually a fan of crisp garlic stems and I enjoyed how the texture offset with the texture of the noodles. 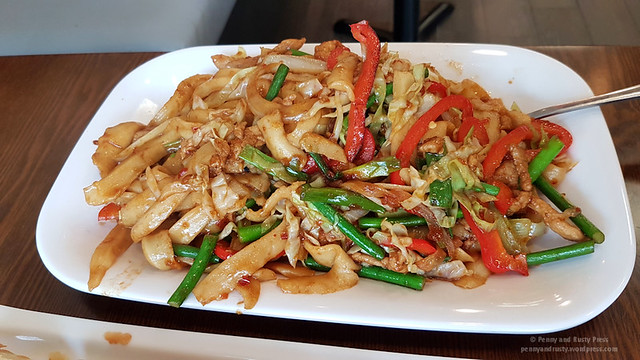 Overall, a fairly good addition to the neighbourhood.