Deer Garden Signatures is a popular Taiwanese-style noodle house chain that recently opened a location in Burnaby. I first visited this location in early June and have since had a couple of revisits.

They do have things other than noodles but their signature soup combos seem to be the best deal. Pretty much everything is customizable from the soup base and the noodles down to the toppings.

On my first visit, I ordered the Malay Laksa with Cold Lemon Tea ($11.25 for the combo +$1 for the cold lemon tea). I picked the sliced beef brisket and the fried fish cakes for my toppings. The fish cakes were firm while the beef brisket was a medium thickness and ever so tender. I quite enjoyed the broth as it was creamy and spicy… just like a laksa should be. 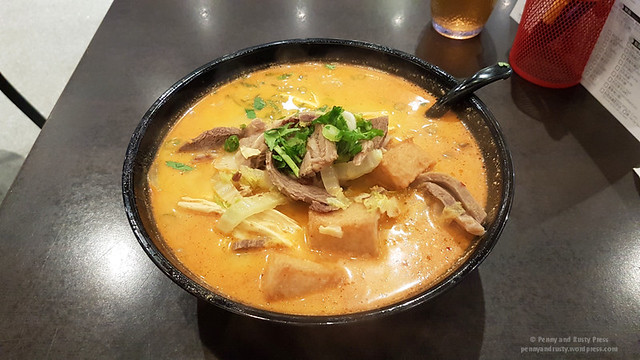 This was a really big bowl of noodles and the aroma was intoxicating when it arrived on my table. 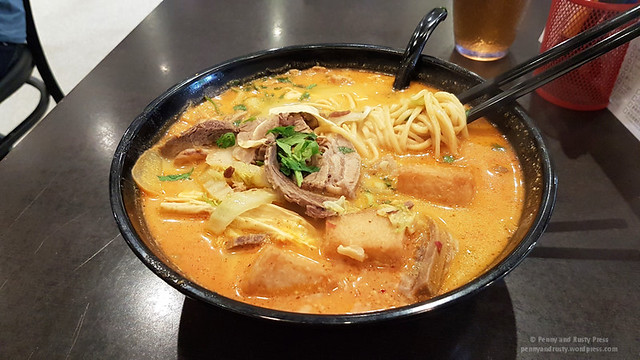 On my first revisit, people were already queuing up outside the restaurant waiting for them to open. It gets quite busy here by noon. This time, I went with the Ginkgo and Pepper Fish Soup (no msg) again with the sliced beef brisket and fried fish cakes (guess I’m a creature of habit). The fish broth with yellow ginkgo wasn’t very spicy or fishy but it was a bit milky… not too bad with a peppery finish to it. 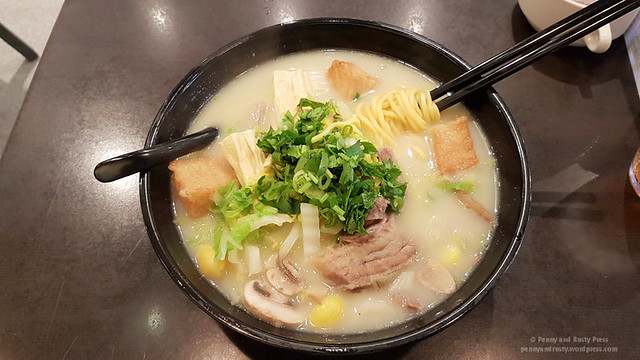 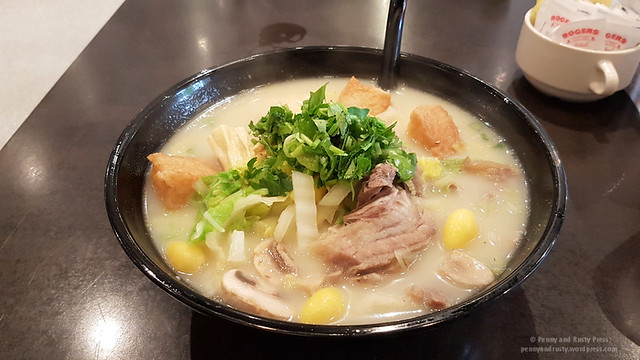 On my last visit, I originally wanted to try something different and asked for the $10 mini set meal but, for some reason, they wanted to charge me an extra $3 so I just wound up getting the same thing I ordered before… the Ginkgo and Pepper Fish Soup with sliced beef brisket and fried fish cakes. 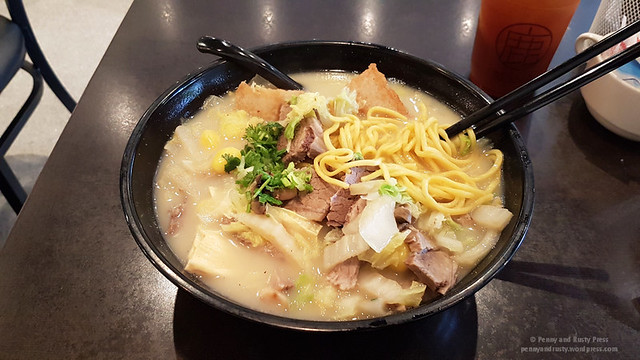 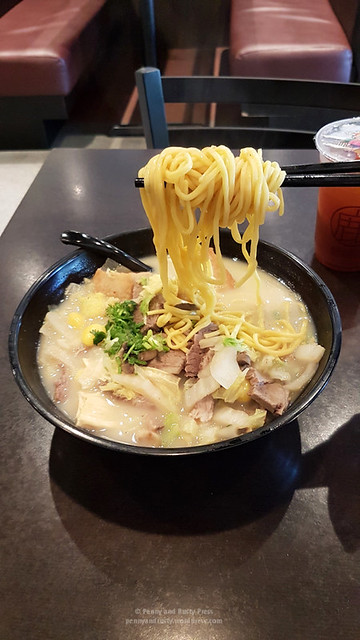 A few things to keep in mind… service here really isn’t very exceptional. Due to how busy they get, it can take a long while to get your drink order. Also, this place seems to be quite popular with families so don’t be surprised if there’s a bunch of crying kids sitting next to you. Lastly, it’s cash only. If you can put up with these things, you’ll be in for some pretty tasty noodles.