I’ve been looking forward to revisitng Isami Sushi after previously trying their sashimi and nigiri sushi in mid-2016. This time, however, I wanted to try some of their other dishes to see how they compare.

Here we have the Appetizer Tempura with prawn, carrot and eggplant… pretty standard fare – can’t really go wrong with tempura. 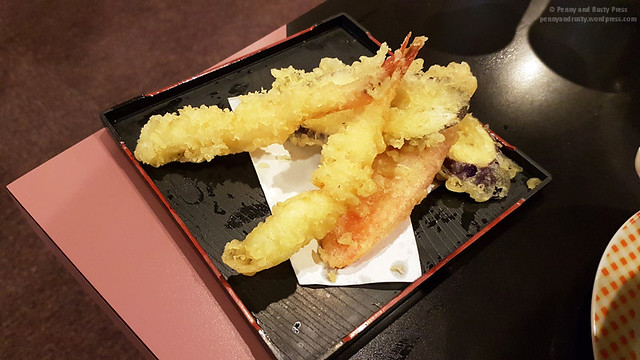 The Agadashi Tofu turned out pretty good. Topped with bonito flakes and served with a light broth. 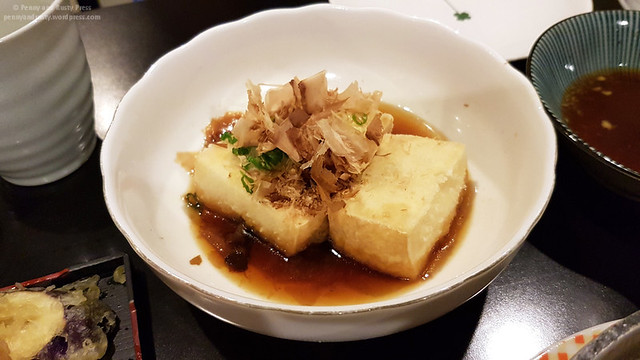 I thought that the Nabeyaki Udon was quite good and was chock full of chicken, prawn tempura, and smooth udon noodles but not much else. The yolk from the egg, however, was nice though. A bit more seafood in this bowl would have made it better. 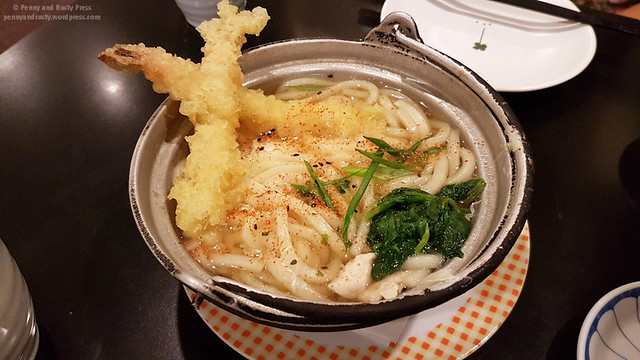 I wanted to try one of their sushi rolls so decided on the Caterpillar Roll. It was very creamy from the avocado on top of the roll. 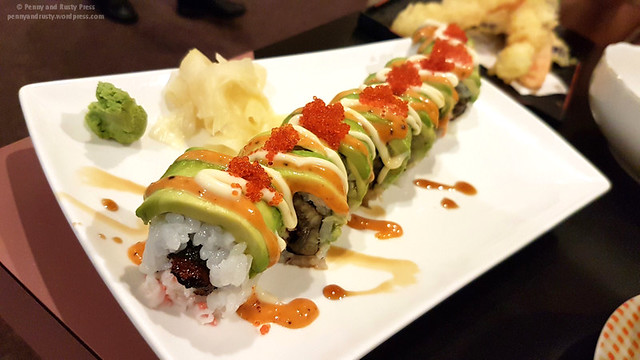 Overall, I feel like their sushi and sashimi items are the best items to order here but the rest of their cooked food is not too shabby.