While summer has officially come and gone in Vancouver, we stopped by the Village Taphouse in West Vancouver after a fun hike around Lighthouse Park on the last sunny day of September. I suppose it made architectural sense since there’s a large lighthouse right outside this pub located in the heart of the Village at Park Royal.

As can be expected with many things in West Vancouver, most of the patrons that we saw inside were elderly. I suppose we’re not spring chickens either but we definitely noticed it (unless they just sat us with all of the other old farts).

The Mac and Cheese ($14.25) came served bubbling hot in a cast iron skillet with aged cheddar, bacon, wide-mouthed rigatoni and topped with a crispy parmesan panko crumble. This was a filling dish with a smooth and creamy cheese and I particularly enjoyed the crunch of the panko crumble. 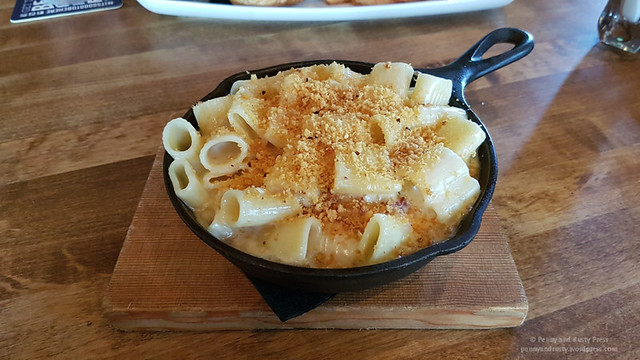 We also ordered the Beef Dip ($15.75) which had plenty of meaty, braised beef shortrib mixed with crispy onions, Swiss cheese, and caramelized onions in a light and crisp, toasted baguette. Paired with a pleasant au jus dipping sauce and a slight horseradish kick, this sandwich hit the spot (as did the crispy fries). 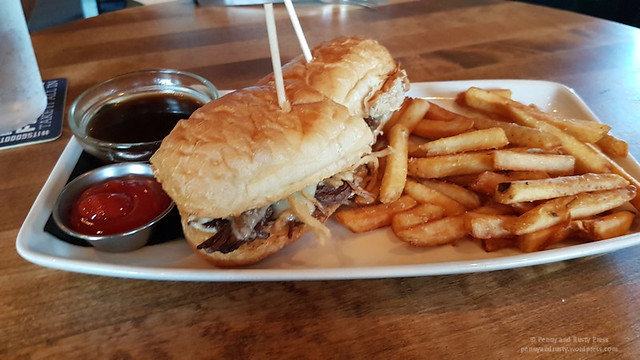 Overall, the food was pretty solid and our server was adequate. We did find that the hostess was rather awkward and didn’t seem like she knew what she was doing (or that she just wasn’t very enthusiastic to be there).

900 Main Street (The Village at Park Royal)
West Vancouver, BC