As I’ve mentioned on many occasions in the past, there is a distinct lack of Filipino restaurants in Vancouver. I’m still not entirely sure why.

In any case, I heard about a hole-in-the-wall place on Victoria Drive called Hapag Ihaw-Ihaw so we headed over in mid-September to try them out. While they supposedly open at 11am (based on the sign on their door), they weren’t open when we arrived. Seeing someone in the back of the restaurant, we decided to walk up and down Victoria Drive a few times to see if they were actually going to open or not. By about 11:15am, they finally had their open sign on and their tables ready. 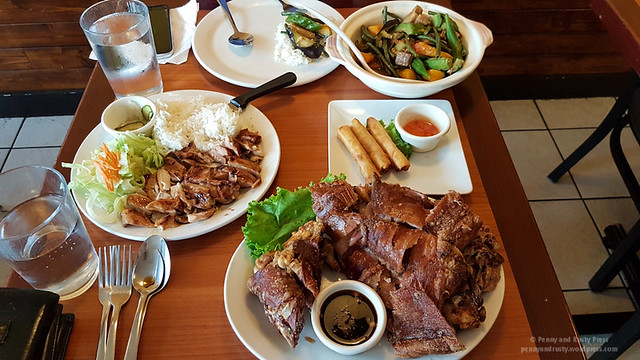 We decided on trying a few items including the Lumpia Shanghai ($4), Crispy Pata ($16 for large), Pinakbet ($12), and BBQ Chicken Combo ($9). Perhaps one of the things that creates a barrier for Filipino restaurants is the marketing of their dishes to non-Filipinos. In other cuisines like Chinese and Japanese, the name of dishes are fairly friendly and you can usually tell what you’re ordering. 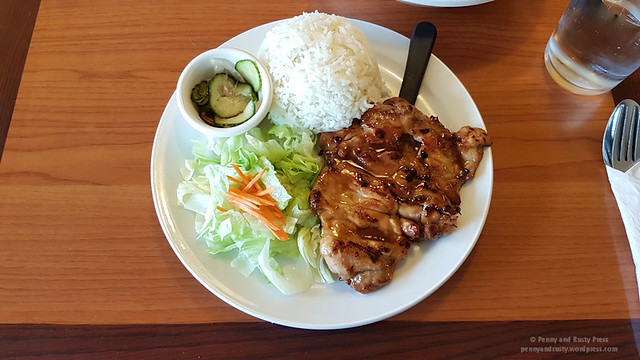 The best dish that we had here was the BBQ Chicken Combo as the chicken was quite tender and served with a tasty pickled cucumber salad. 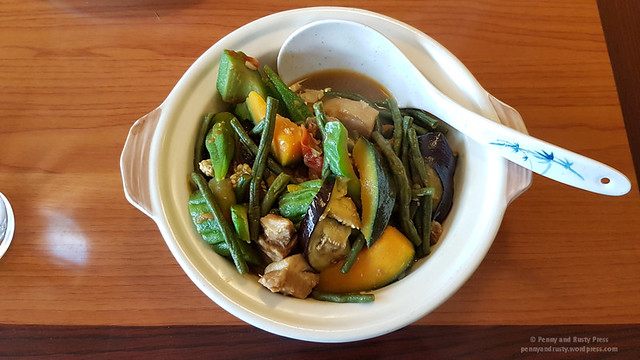 Next up was the Pinakbet which is basically a mixed veggie dish with string beans, eggplant, okra, squash, and fish sauce. 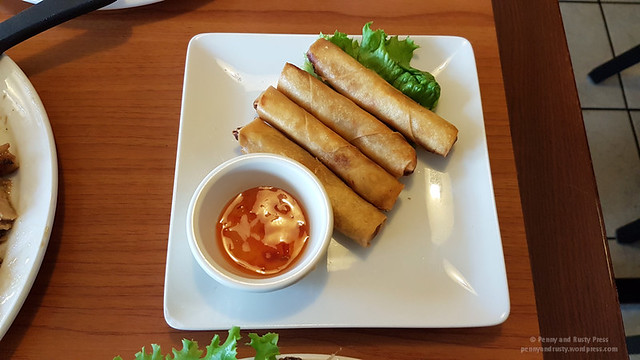 Lumpia Shanghai is basically spring rolls filled with pork and shrimp with a sweet chili dipping sauce. These thin spring rolls didn’t have a lot of filling but they were crispy and turned out pretty good. 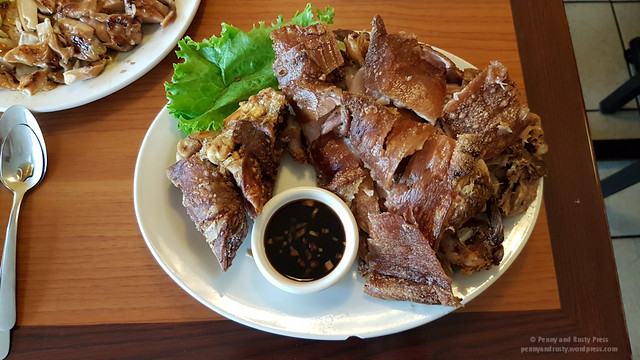 The dish that their menu said is a must try is the Crispy Pata or pork trotter. We originally wanted to order a smaller plate but they said they only had large and extra-large available. Trotter is the lower part of the pig foot (unlike the pork hock which is just below the knew but above the ankle) so if you’re a bit squeamish about it, this might not be the dish for you. Personally, I found that the skin was nice and crispy but the meat underneath was on the dry side. It does come with a soy-vinegar dip which helps with the dry parts of the trotter.

Overall, I’ve had better Filipino food before and I found the service to be a bit lacking here.