Ahhhh, mochi! For those of you who are unfamiliar, mochi is a rice “cake” made from glutinous rice that’s been pounded and molded into shape and which has a distinctive chewiness to it.

One of the snack items that we picked up was a skewer of grilled mochi balls that’s basted in a sweet soy sauce (only 100円). This shop is located pretty close to Kuromon Sampei (which is one of the popular stalls to pick up fatty tuna).

They do sell other mochi items here but sometimes the simple things are the best. The sweetness of the soy sauce provides all of the flavour (as mochi by itself is fairly plain). However, the grilling of the mochi gives it a slight crispness to the exterior which gives way to an extremely chewy treat as you bite into the mochi ball. 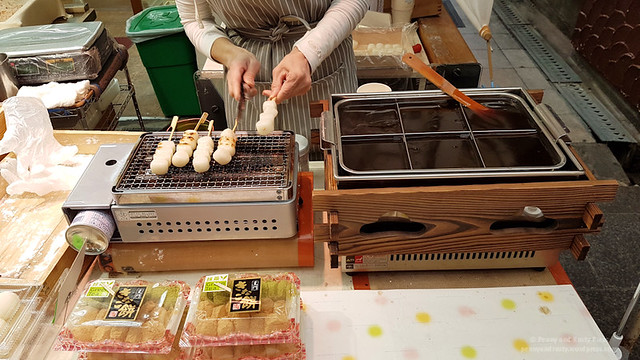 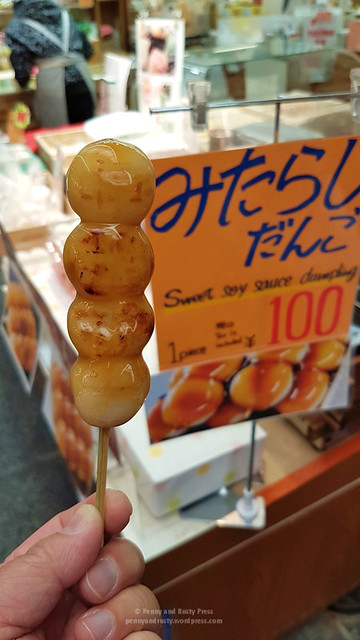