One of the more popular spots in the Kuromon Ichiba Market is Kuromon Sanpei… known for their fatty tuna. This place is very popular so it’s a good idea to go there early. Again, like most places at the market, unless you read Japanese (or Chinese kanji), you might have difficulty finding this place.

One of the good things about this store is that they have seating in the back so you can enjoy your meal without standing around in the middle of the market. 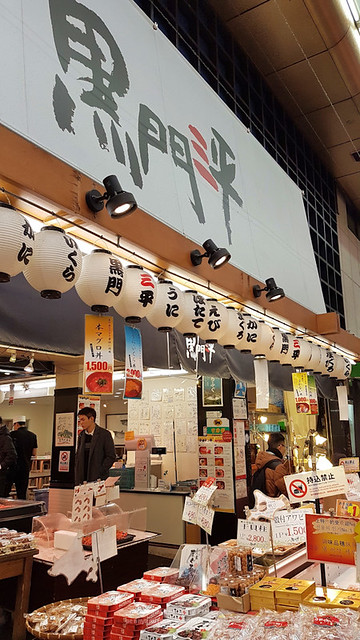 While they do offer other items, the real showstopper here is their fatty tuna. There are different types of fatty tuna and most people in Vancouver are probably aware of toro which is the general term used for the fatty portion of the tuna found on the belly. However, toro is further broken down into different types depending on the scarcity of the cut. Chutoro is from the belly area of the tuna along the side of the fish… while fatty, it’s not as fatty as otoro. Otoro is the fattiest part of the tuna and found on the very underside of the fish and is distinctive for the soft pink hue contrasted by extreme veining. If that’s not confusing enough, there are further grades of otoro based on the marbling (similar to how beef is graded). 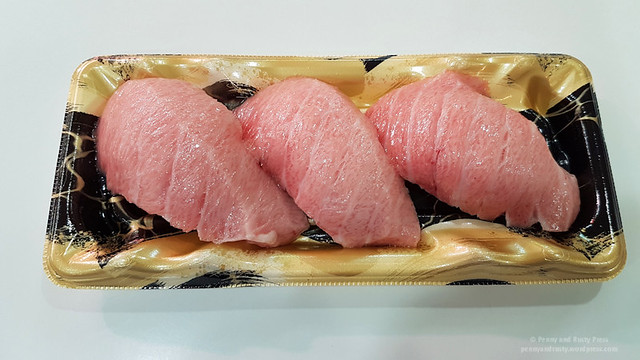 This selection of fatty tuna came out to 2300円. I know that seems extreme for 3 pieces but these were exceptionally large pieces of tuna and there is no proper way to describe how amazing this was. If you’re not a fan of fatty tuna, you probably won’t like this because it’s fatty to the extreme. The marbling on this tuna is mesmerizing and so rich that you’ll feel the fatty fish oils ooze from your pores afterwards. 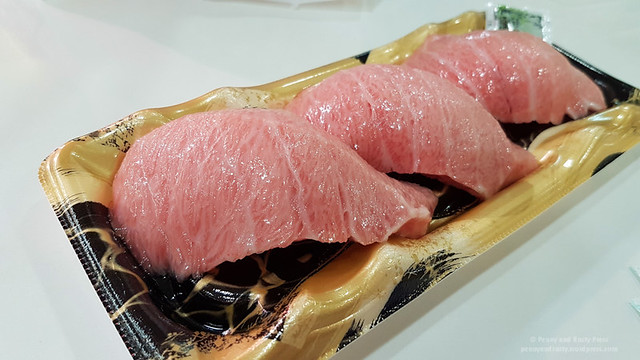 We came back to the Kuromon Ichiba Market a couple of days later and wanted to revisit Kuromon Sanpei to try some of their other items. The thing that drew our eyes was the Salt-Grilled Jumbo Shrimp (1500円). Again, not cheap but you have to see how large these shrimp are to believe it. Seriously, I’ve seen lobsters smaller than these huge shrimp. 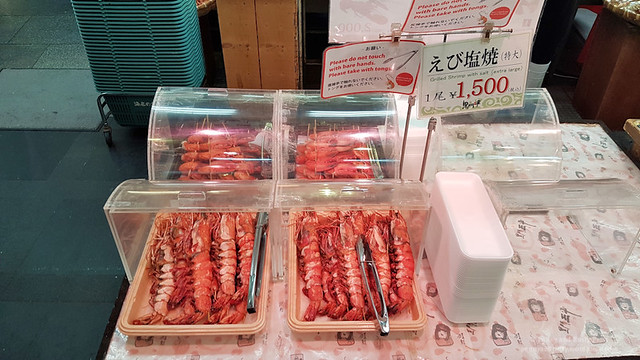 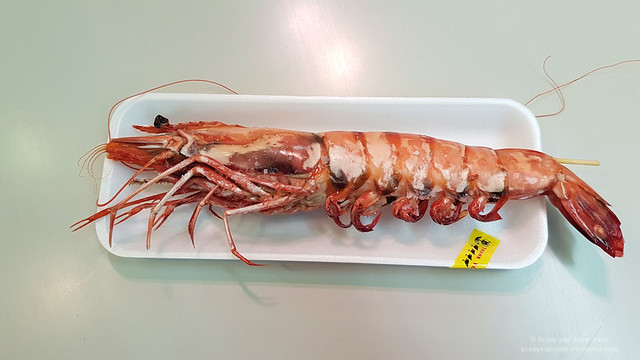 The drawback to eating these monsters is that it’s a bit difficult to deshell due to the robustness of the sharp and pointy shell pieces. My fingers also turned bright orange as I tried to manhandle this behemoth. In the end, I managed to lift the carapace off in the same manner as I would for a spot prawn and wound up with a meaty shrimp skewer. 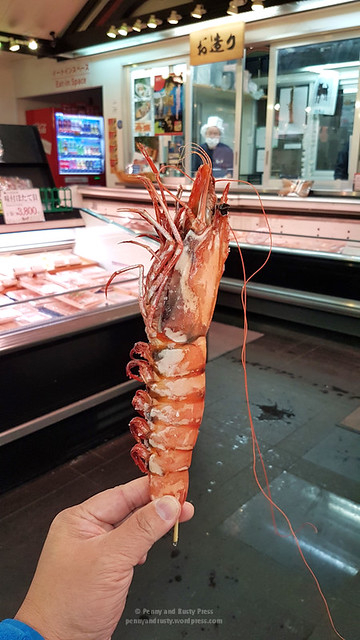 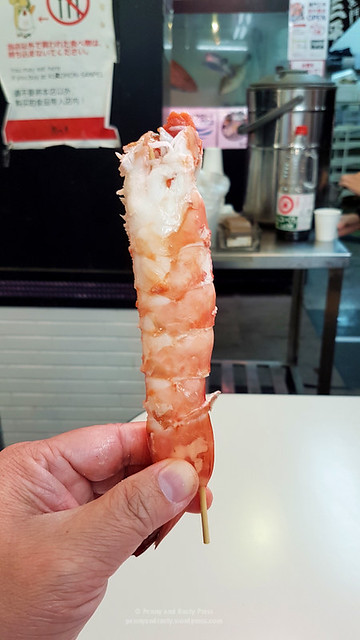 Therein lies the problem with jumbo shrimp… the thick and meaty flesh isn’t as tender as smaller shrimp. I was glad I tried it but I probably wouldn’t again because it’s almost too thick and meaty.

Overall, this is an amazing stall to find the fattiest of fatty tuna in the Kuromon Ichiba Market.