On our last visit to Japan, we tried self-grilled okonomiyaki at Toradyu in Tokyo. While very good, we realized that we’re actually too lazy to make okonomiyaki by ourselves. Since we were in Osaka on this visit, we knew we wanted to try okonomiyaki (which is a speciality here) but we wanted to find somewhere where they would prepare it for us.

Fortunately, when scouting out restaurants near our hotel, I came across this tiny teppanyaki house called Araka tucked away on a side street. 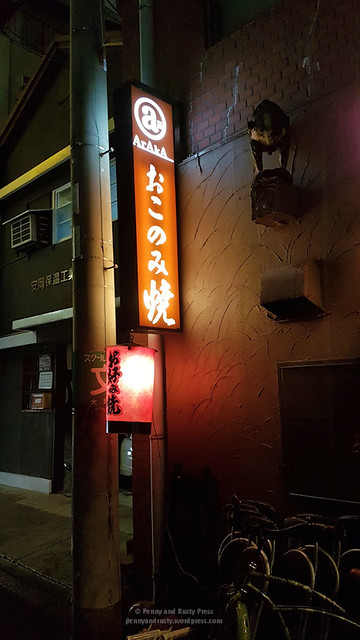 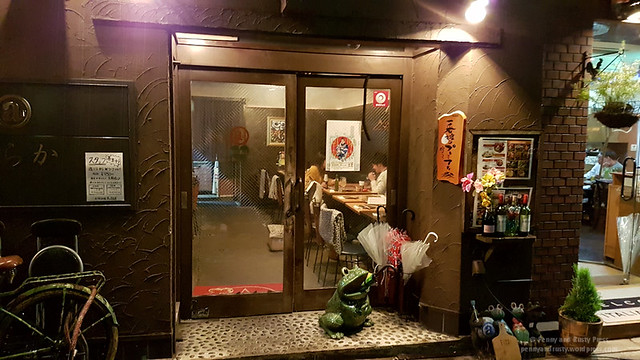 While they have an English menu, not everything is listed on the menu. For example, we ordered the Osaka Special Okonomiyaki (1280円) which comes with squid, potato, pork, octopus, and egg. However, we also wanted yakisoba noodles with our okonomiyaki. While not on the English menu, we saw on the regular Japanese menu that you could add it for an extra 200円. 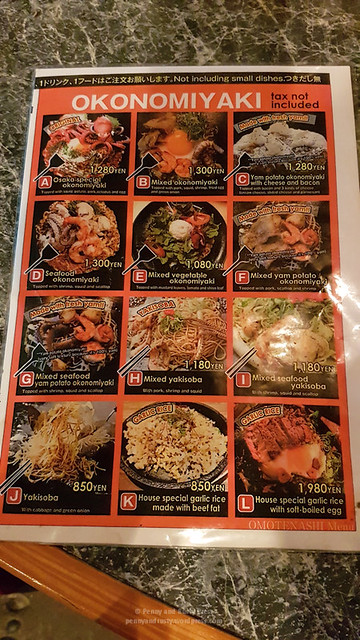 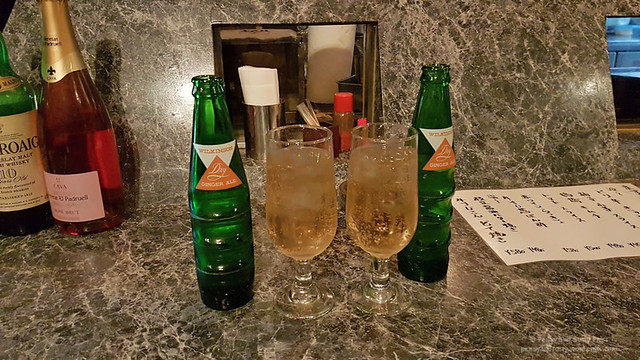 We also ordered some crunchy pickled cucumbers for 500円 and a couple of ginger ales. 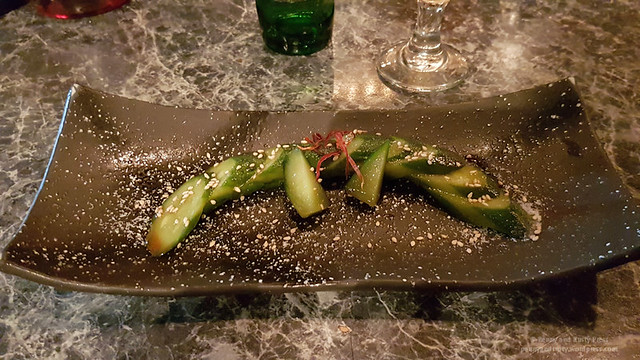 After a bit of a wait, we were starting to get hungry because we could smell the okonomiyakis that were being grilled for the other tables. When ours showed up, we were quite pleased. 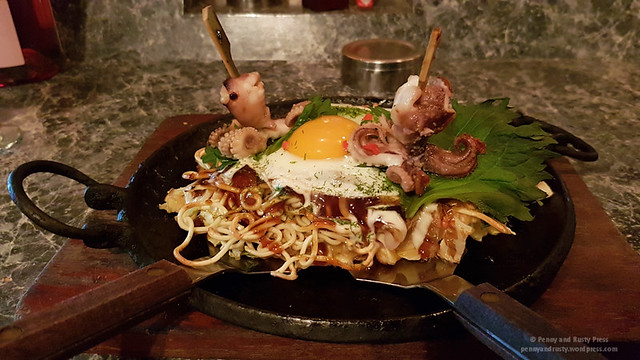 The yakisoba noodles were nice and crispy and the whole mixture was held together with a thick and sweet okonomiyaki sauce. And that runny egg yolk? Just perfect! I’m definitely craving this now. 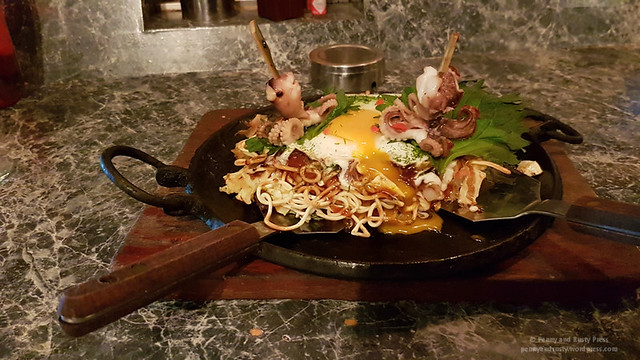 This is a nice, casual spot if you’re looking for yakisoba or okonomiyaki.