After initially missing our bullet train from Osaka to Tokyo, we finally made our way to Tokyo and were bushed by the time we made it to our hotel. While famished, we wanted something easy and close by so we decided to pick Mensho Tokyo located in Bunkyo, just north of the Tokyo Dome area.

Now, I did a bit of research before heading to Japan and knew that this shop happened to be a popular place for tsukemen (a type of noodle dish where the noodles and the broth are served separately and you dip your noodles before you eat them). More specifically, they’re known for their lamb-based ramen broth (and I happen to really like lamb).

The first thing that you need to know is that they don’t have an English menu. You just walk inside and there’s a small vending machine where you purchase your meal. There are some pictures but they only have Japanese on the buttons so you have to have a bit of faith. While this wasn’t the first time that we’ve had to deal with vending machines that only displayed Japanese, we had a lot of difficulty figuring out the machine. Afterwards, in hindsight, the machine is fairly simple since they don’t have an extensive menu. There’s only 6 options (the 4 most popular are displayed on the top). The confusing thing is that there are 4 buttons underneath each of the noodle pictures – they’re basically just different sizes for the same dish. 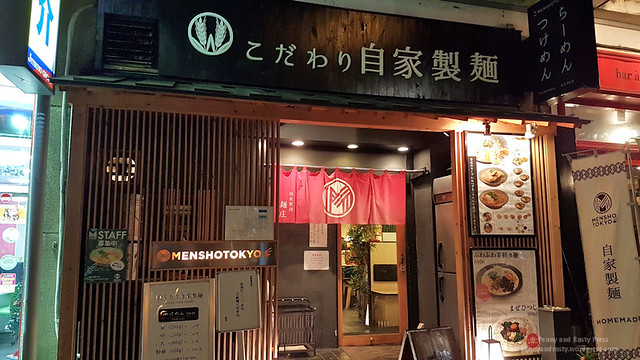 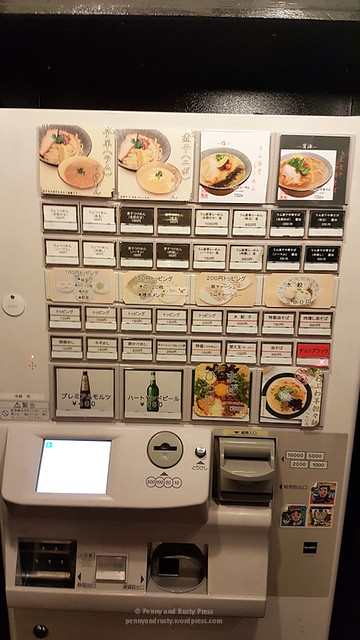 After a lot of time spent trying to use Google Translate and a failed attempt at trying to ask people what the difference was for each noodle dish, we wound up with this order of ramen noodles. Not a bad dish considering we just randomly picked a button on the machine. 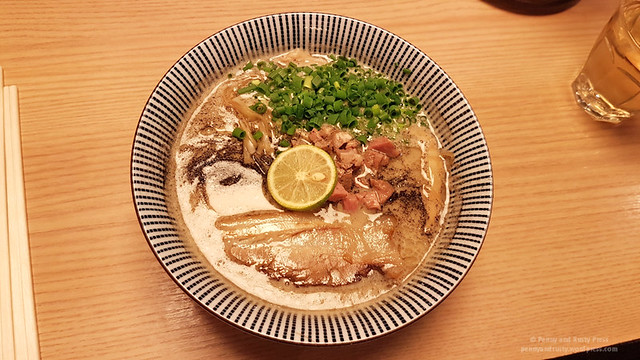 I wanted the tsukemen so I ordered this (I was pretty sure it was the lamb broth). This was an amazing lamb tsukemen dish. The noodles were thicker than the ramen noodles in our other bowl and had a nice chew to it. The lamb broth, which is served on the side, is thick, rich and full-bodied with chunks of cubed lamb. When you dip the hand-made noodles in the broth, it coats the noodles and provides an unbelievable umami flavour. 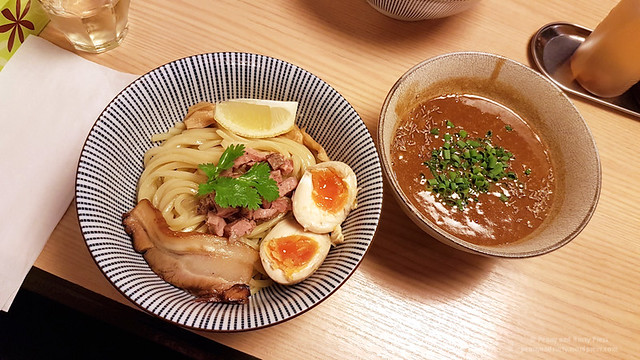 Normally, you wouldn’t drink tsukemen broth without diluting it first but I couldn’t help myself. While very flavourful, it wasn’t overpowering.