I guess we were getting a bit homesick for Chinese food because we decided to try a Chinese restaurant in the LaQua shopping area near Tokyo Dome. The name of this restaurant is a bit confusing because it’s known both as Benitora Gyozabou and Hong Hu Jiao Fang – perhaps one is the Japanese name and the other is the Chinese name. 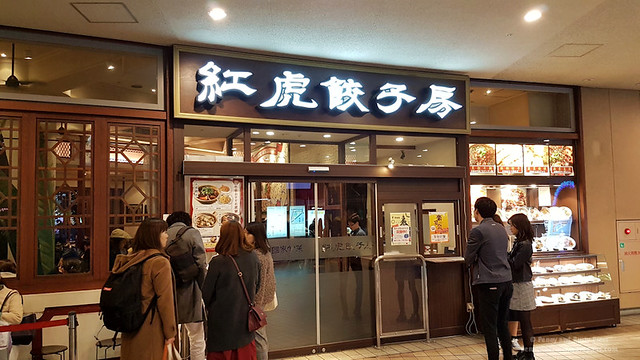 The name roughly translates to Red Tiger Dumpling Room, which is fairly accurate given the large mural of red tigers on display inside the restaurant. 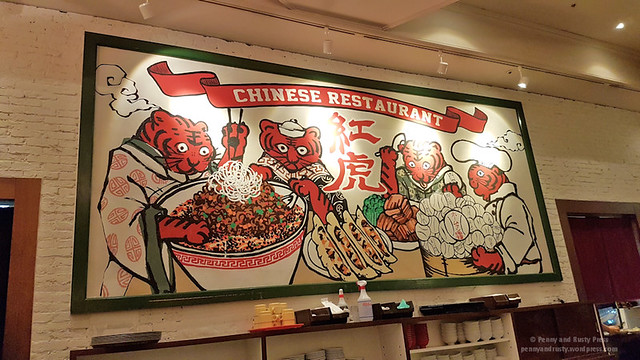 Unlike Japanese restaurants, Chinese restaurants are known more for serving dishes “family style” where everyone shares. As there were just the two of us, this kind of limited how many dishes we could easily try. One of the dishes that we picked was the Stir-Fried Sliced Pork with Green Pepper (1280円) – we really wanted to get some veggies into our meal. This was a pretty satisfying dish. 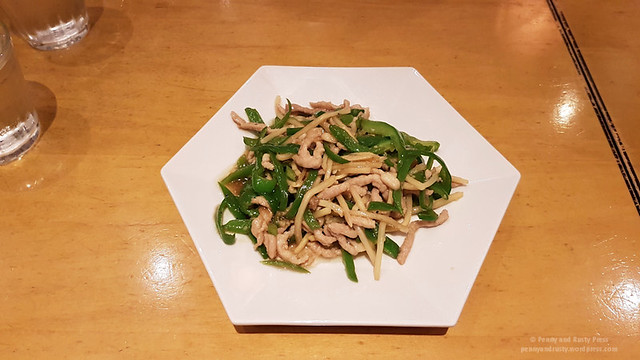 The thinly sliced pork and julienned peppers were good on their own but we needed something to go with it… which is why we ordered the Mixed Vegetable, Pork, and Seafood Fried Rice (1180円). Again, a very solid dish with fluffy rice, 4 large shrimp, meaty cubes of pork, and tender squid. 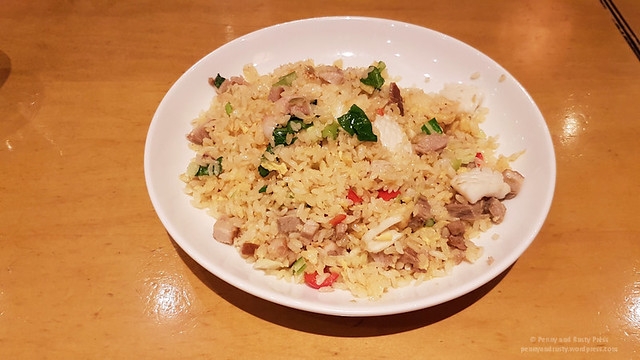 And we couldn’t come to a place called Red Tiger Dumpling Room without ordering dumplings. The Boiled Dumplings with hot and spicy sauce (650円) did not disappoint. 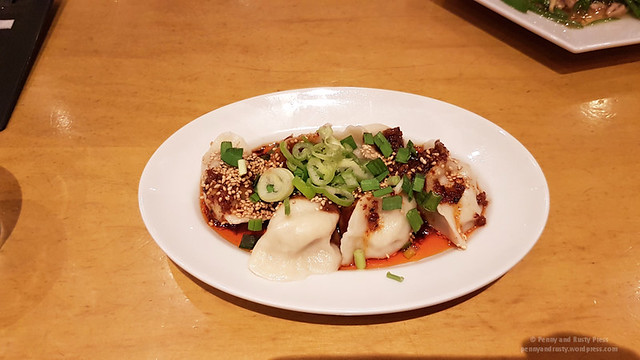 If you’re looking for a change of pace in Japan and missing Chinese food, this is a pretty good option as the food is really quite good and the wait to get inside isn’t very long.