Sooda Korean BBQ is a relatively newish Korean restaurant that opened up around May 2017 that is situated in the former Fire Pots location. Evidence of the former restaurant can be seen with the Fire Pots branding still displayed on the in-laid table elements as well as the fire pots hanging from the ceiling.

Arriving around 6pm on a Friday night, there were plenty of tables available in this smallish restaurant. However, by 7pm, most of the tables were full and service slowed down as they had trouble keeping up with all of the tables. While “Korean BBQ” is in their name, they seem to specialize in hot plate items that include cheese corn (similar to Ta Bom).

We started out our meal with the Seafood Pancake ($18) which turned out pretty well. The complimentary banchan is rather limited and includes bean sprouts, potatoes, and radish. Interestingly, they don’t use flat metal chopsticks that are the norm in most Korean restaurants… wondering if this is a hold back to the former Chinese restaurant that used to be located here. 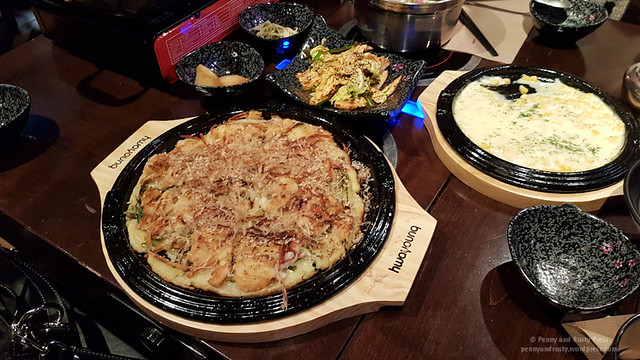 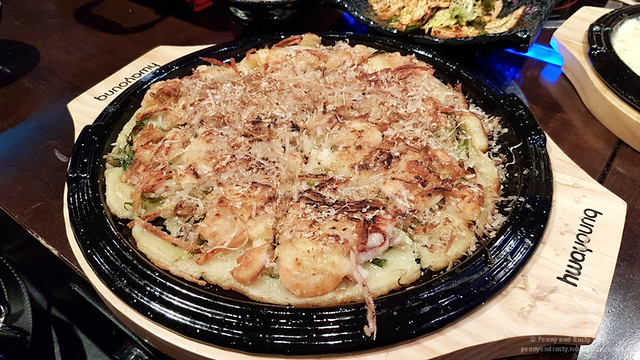 For our main, we ordered one of their specialty dishes… the Dakgalbi ($38) which is a spicy chicken dish served on a hot plate with corn niblets, grated cheese, green onions, and rice. It’s placed on a portable stove where you mix it all together. Since the chicken is already pre-cooked, you just need to melt the cheese and fry everything up. The great thing about this is that the rice develops a crisp coating and contrasts perfectly with the ooey gooey cheese. 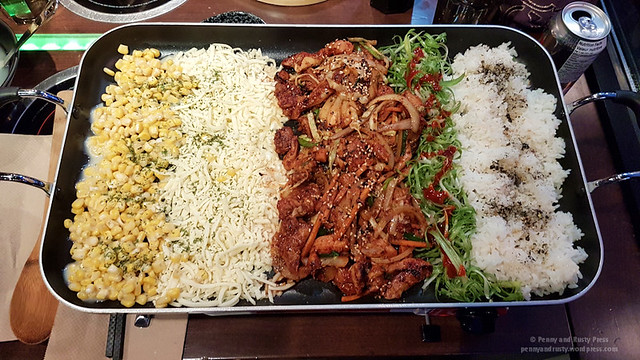 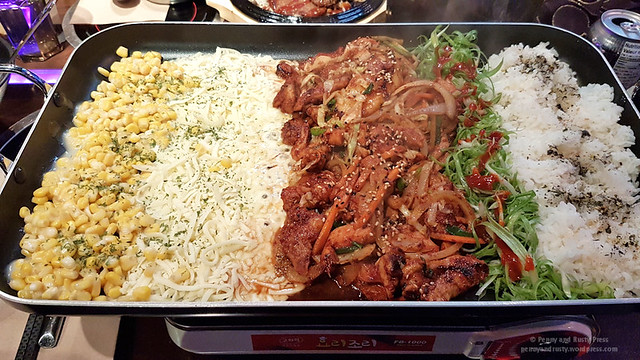 The dakgalbi turned out pretty good and quite filling. You can add “fried rice” to the dish for a few bucks more but it’s not a pre-made fried rice dish… they basically give you more rice and some toppings that you fry yourself on your hot plate. Service was a bit lacking (especially when things got busier). They had an interesting torched steak tartare dish that some of the other tables ordered… might want to check that out if we ever come back here again.

As things turned out, we came back for a revisit the following month during lunch and I’m happy to say that the service was better (probably because it wasn’t as busy). While the banchan were the same, I felt like they were a bit better on this visit… especially the kimchi which proved to have a nice kick to the pickled cabbage. 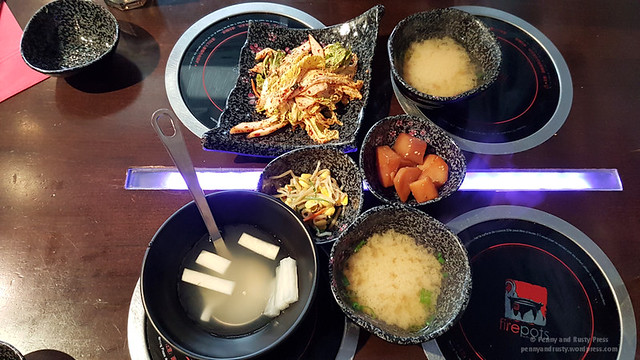 The Dolsot Bibimbap ($13) is on their lunch menu (that’s only available until 4pm). I’m not sure why they don’t have it during dinner because it’s pretty solid. While the stone bowl wasn’t hot enough to form a lot of the crispy rice on the bottom of the bowl, it still turned out tasty… especially with the fried egg on top. 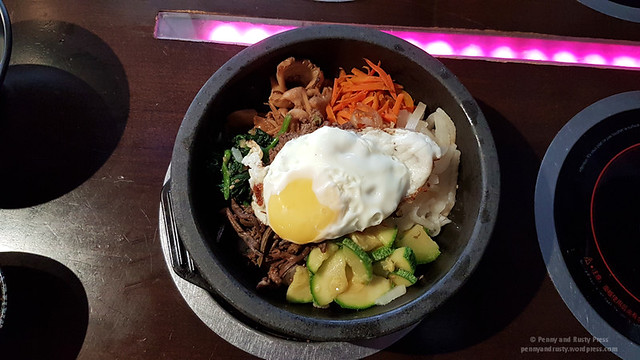 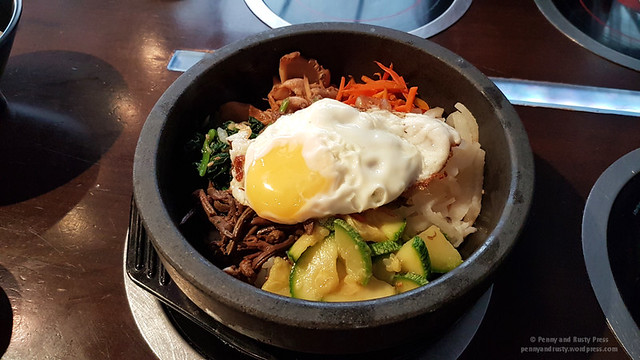 I stuck with the Spicy Marinated Pork Belly and Baby Octopus ($19) which is served with a bowl of steamed rice. The octopus, complete with tentacles, was quite tender and the sauce in this dish had a nice spicy kick without being overwhelming (perfect for pairing with plain rice). 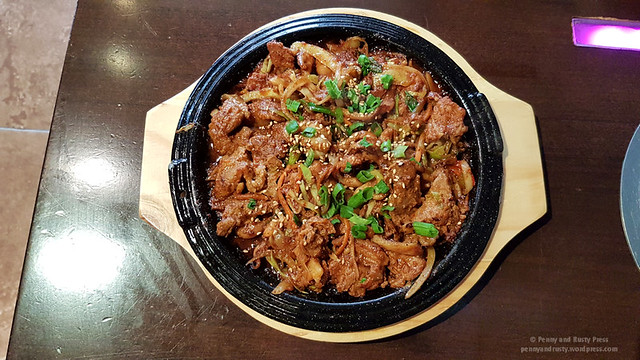 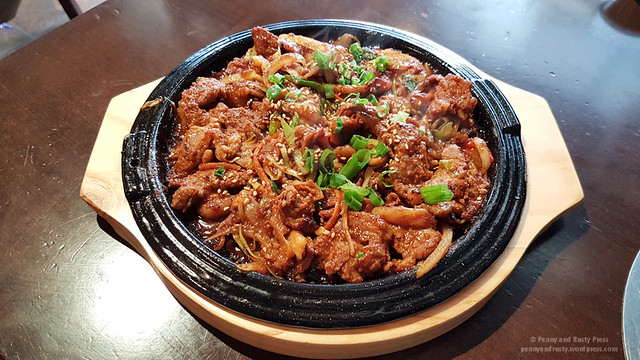 Overall, the food is pretty good here but it’s probably best to avoid the rush hour as service can be spotty when they’re busy.