After countless years of driving past Burnaby Palace Restaurant, located at the corner of Boundary Road and Dominion, we finally decided to try the place out.

The interior of this restaurant is actually fairly nice with coffered ceilings and bright light coming in from the windows. On the main floor, they have the smaller tables along the side next to the windows and a couple of large tables at the back of the deep and narrow restaurant (with a private room near the front). 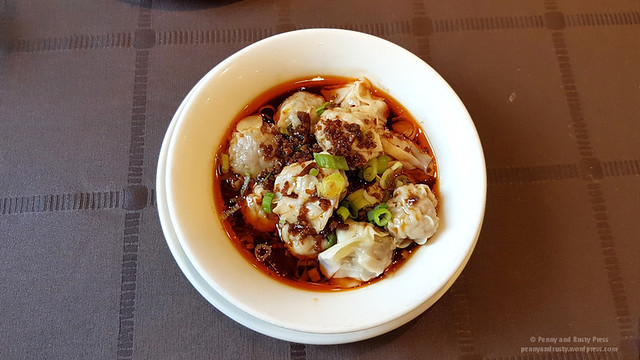 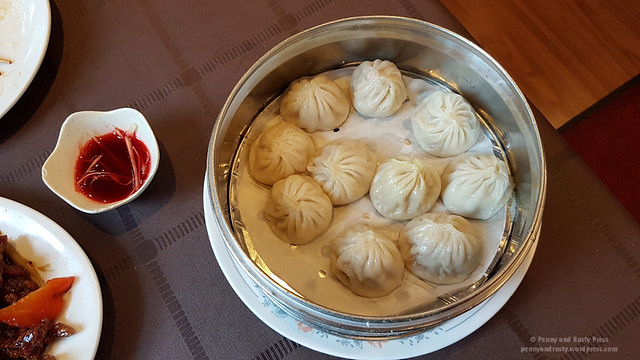 In addition, we ordered the House Special Mixed Meat and Seafood Chow Mein ($13) and the Fried Ginger Beef ($15) from their main menu. 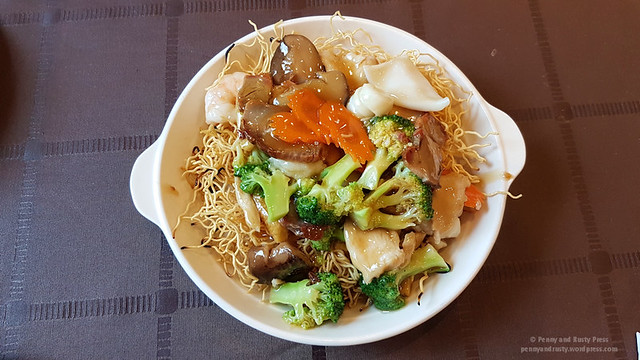 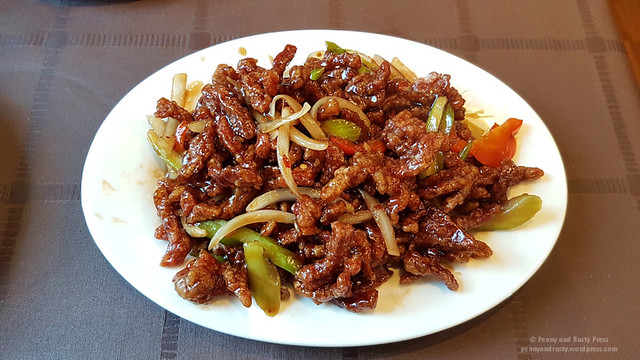 The hot and spicy wontons were not overly spicy but it did have a good kick and the wonton fillings seemed to be on point. 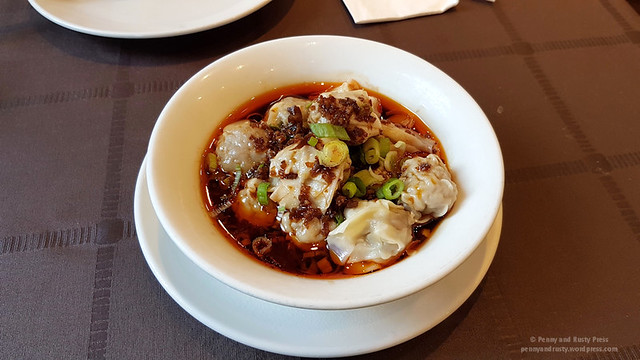 The first few XLB that we picked up broke despite the wrapper not being too thin. That being said, the ones we ate later did hold up and had an adequate juicy filling. 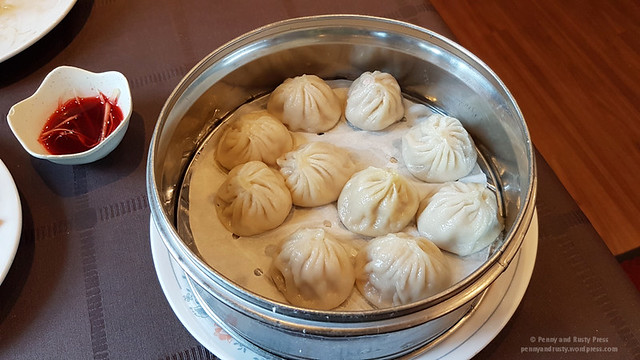 For the price, I thought the house special chow mein seemed a bit on the small size… especially the amount of noodles. It was a good dish, however, with a nice, crispness to the noodles and a few large plump shrimp mixed in with the rest of the toppings. 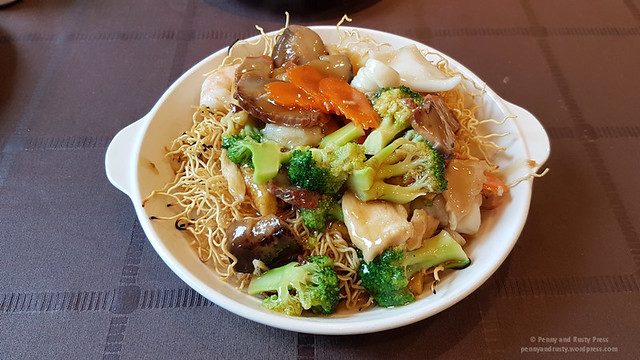 Last up was the fried ginger beef and this turned out to be a good sized portion with plenty of strips of sweet, caramelized beef mixed with crunchy celery slices, red peppers and sautéed onions. 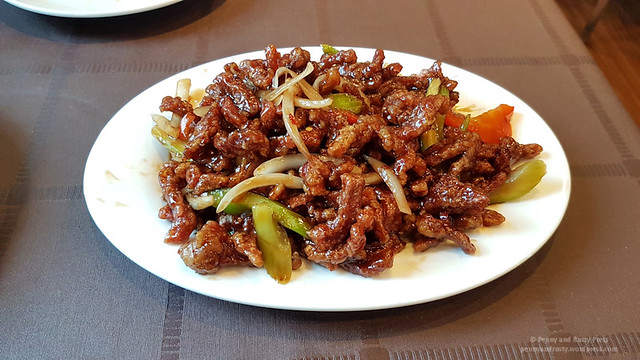 We decided to drop by for a revisit a few months later for an early dinner and started out with a couple of Vegetarian Egg Rolls ($2 each) which turned out to resemble spring rolls instead (having a thinner wrapper). The filling inside was quite hot and the fried wrapper was nice and crispy. 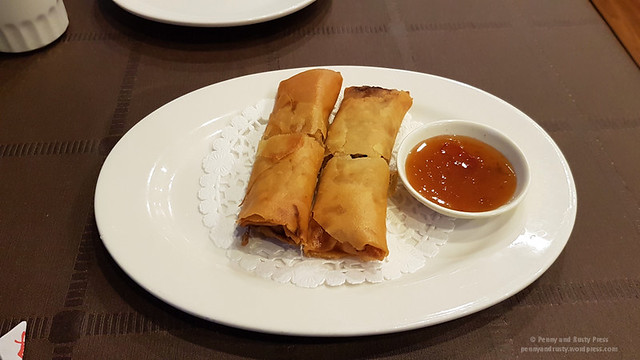 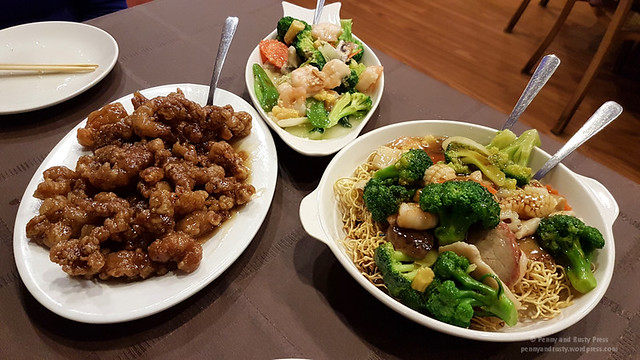 The Mandarin Sweet and Sour Pork ($14.50), while coated in a dark sweet sauce, wasn’t overly sweet. The dish was quite large and had plenty of crisp and chewy deep-fried pork pieces. 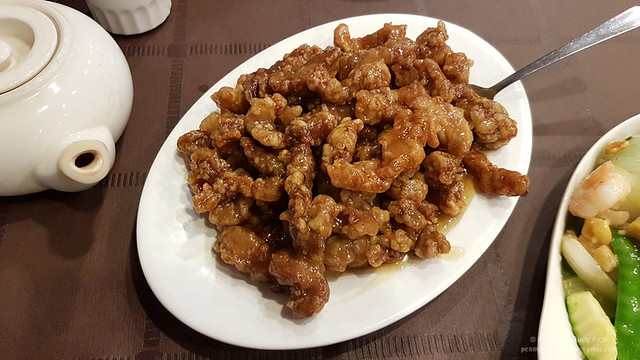 The Sauteed Prawns with Mixed Veggies ($18.50) was fairly good with snappy shrimp mixed in with a combination of baby corn, broccoli, carrots, mushrooms, onions, and snow peas. 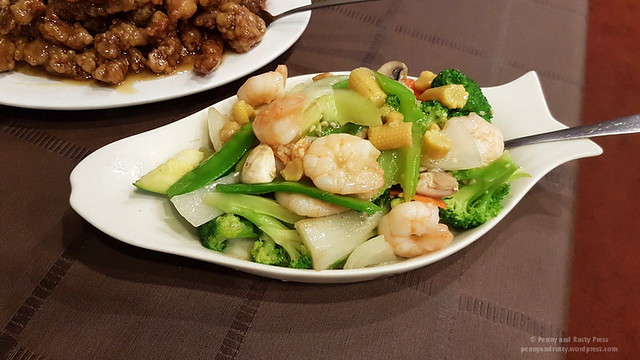 We finished off our meal with the House Special Mixed Meat & Seafood Chow Mein ($13) which, as we mentioned before, was a rather small noodle portion size. 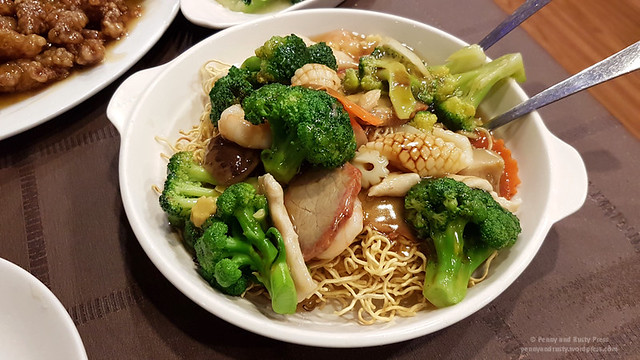 At the end of our meal, they brought out some complimentary fortune cookies. I found Burnaby Palace to be a fairly solid westernized Chinese restaurant that reminded me a little bit of Mr. Ho’s Wonton. Most of the clientele during our visit was non-asian with the exception of one of the large tables in the back and the private table in the front.