Last year, a new ramen shop opened up in the former location of Seoul Cafe on Kingsway, across from Metropolis at Metrotown. I know that’s not too unusual since 3-4 new ramen shops opened up in this area around the same time, but in this case, I’m referring to Yaguchiya Ramen which is a small chain of iekie-style (house-type) ramen originating in Yokohama, Japan.

This burnaby location is their third shop and first in Canada. Known for their iekei ramen which marries a straight, thick noodle served in a broth similar to tonkotsu, it’s common for customers to specify their preferences for how soft they prefer their noodles. They also have table-side condiments such as grated garlic, grated ginger, vinegar, and chili bean paste so you can further customize your bowl of noodles.

We first visited here back in October (before our last trip to Japan) and started our meal with an order of Gyoza ($4.75 for 5 pieces) which were fairly good but could use a bit more crispness to the skin for my liking. 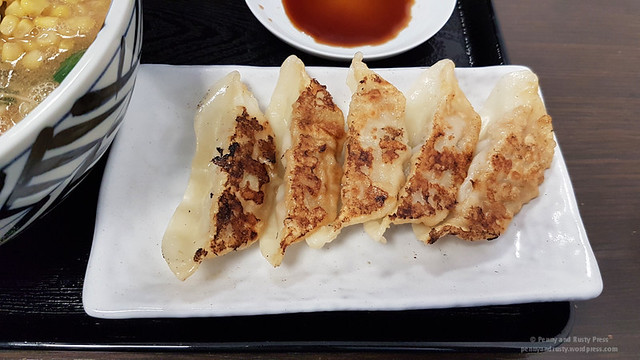 For our ramen bowls, we picked their Miso Ramen ($11.75 for medium) and Shoyu Ramen ($10.75 for medium) and then added a seasoned egg to each bowl for an additional $1.50 per egg. The medium size bowls are actually pretty large and chock full of noodles. I think if I come here again, I’d go with the smaller regular size bowl. 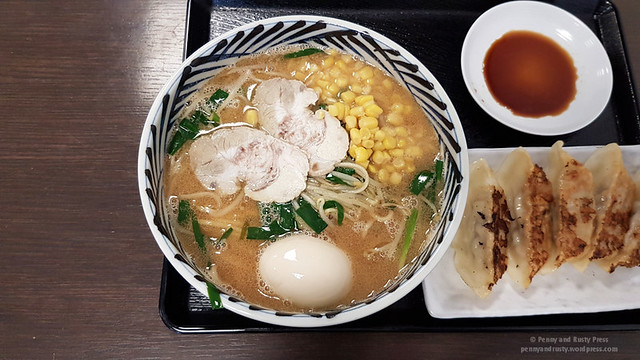 The Miso Ramen is served in a combination of pork and chicken broth along with two slices of pork chashu, bean sprouts, corn niblets, and chives. Personally, I find miso broth to be a bit too salty for my preferences, but that’s to be expected from the miso. 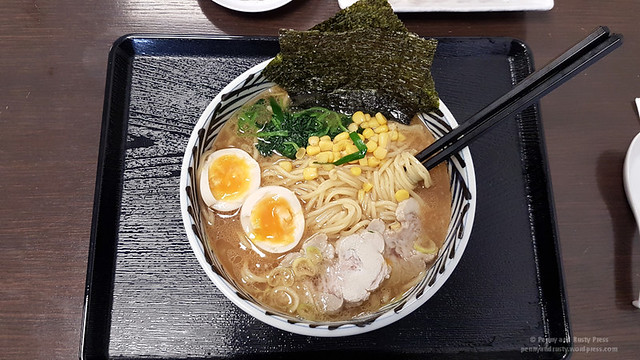 The Shoyu Ramen is also served in the same combination of pork and chicken broth but is flavoured with shoyu. Spinach and roasted seaweed rounds out this bowl. 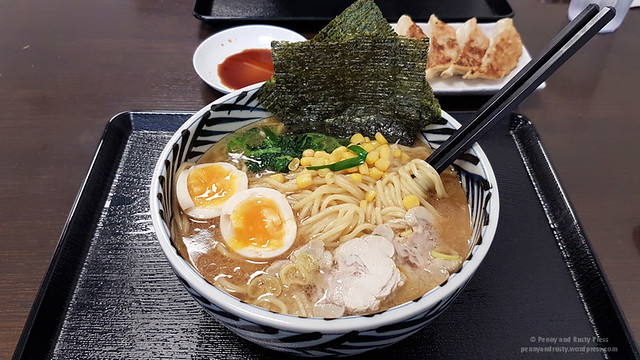 I found that their default noodle consistency to be on the firmer side which gives it a very toothsome bite and, overall, I preferred their shoyu style ramen as it had a rich yet light broth.

I came back 3 months later for a revisit to try out some of their other items. First up was the Yaguchiya Bun ($3.95) which was pretty amazing. The tender braised pork was sandwiched inside a soft white bao. Definitely worth ordering. 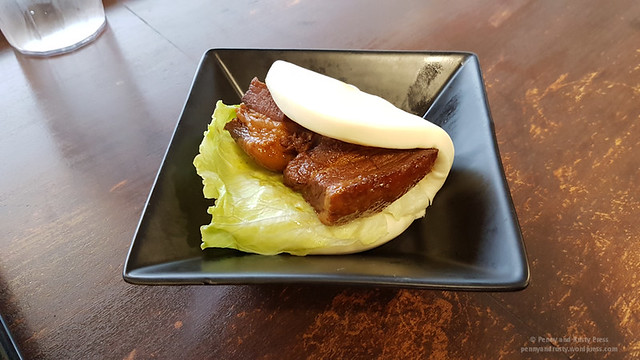 This time around, I tried their Yaguchiya Special Ramen ($12.75 for the regular size). Truthfully, the regular size is good for me as it was pretty filling. I think it’s partly because their noodles are on the firm side so it feels more filling. Their special comes with 3 thick slices of chashu, a seasoned egg, leeks, spinach, and seaweed in a chicken and pork broth. While the broth is on the light side, the tableside condiments allows you to kick up your bowl to your liking. 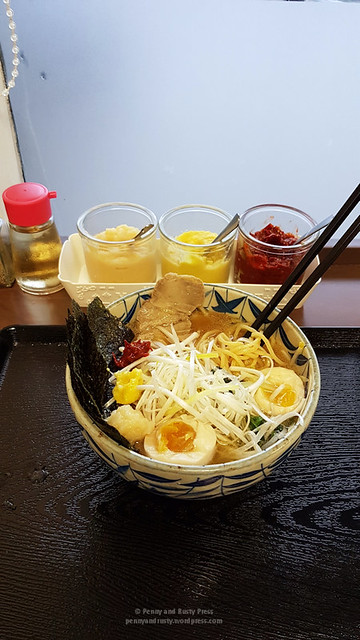 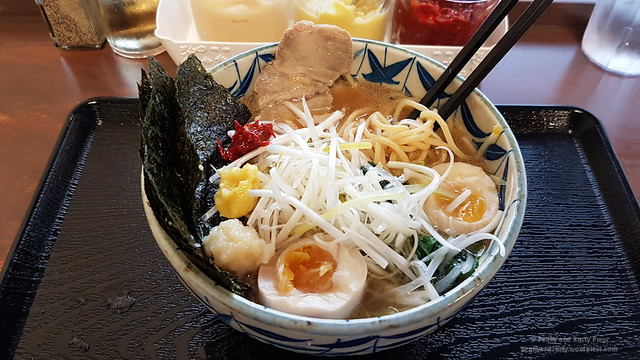 Their Shio Ramen ($9.95 for the regular size + $1.50 for the egg + $1.25 for corn) has the same firm noodles and fairly tender pork. However, while you’d think that this would be salty (“shio” is salt is Japanese), shio ramen is lighter than their shoyu ramen so you can taste the pork and chicken base flavour. I added a dose of grated garlic, ginger, vinegar, and chili bean paste to my bowl which really enhances the flavour. I actually wound up really liking this bowl of ramen. 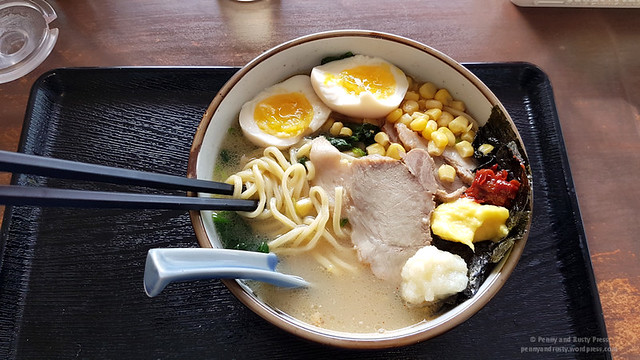 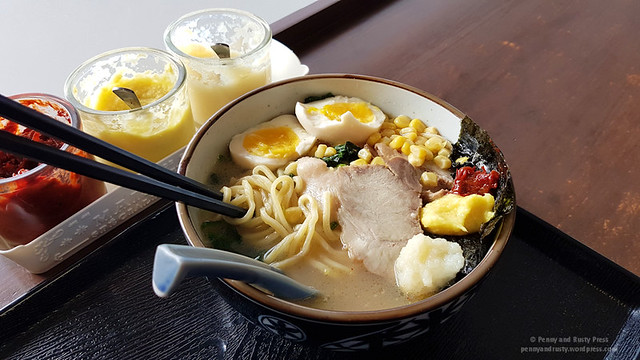 If you’re looking for some nice firm noodles with chew to it and the option to customize the flavour of your broth, Yaguchiya is a pretty good choice. The broth is a bit lighter than you’d get at some other places but that allows you to play with the flavours.