It looks like the latest food craze to hit the fickle Vancouver restaurant scene is ramen. It seems like there’s a new ramen joint opening up every week. Recently, Tokyo Tonkotsu Ramen opened up on Kingsway, across from Metrotown (and about a block away from Yaguchiya Ramen.

When I arrived for lunch in early November, the place was completely empty. There’s a large gong that greets you when you walk into the restaurant. I opted for sitting at the window counter for a bit better light. I found that the height of the seats at the counter were a bit too low and could have used a foot rest for more comfort. 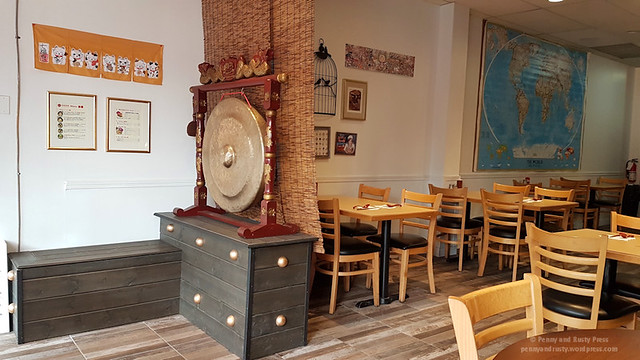 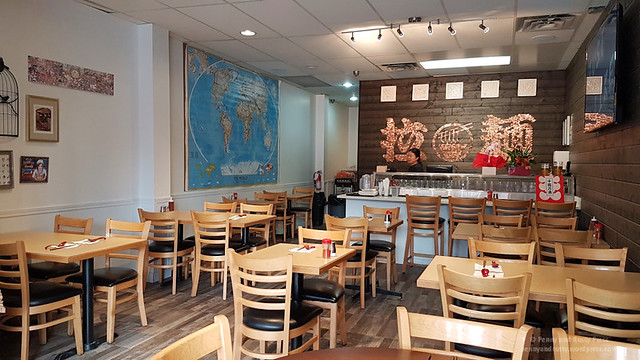 The menu is fairly limited here (which is to be expected of most ramen restaurants) and I wound up ordering the TTR Special Ramen ($13.95) which included seaweed, bamboo shoots, bean sprouts, wood ear mushrooms, green onions, chashu, and a seasoned egg in tonkotsu broth. I found that the marinated egg was more like hard-boiled with a completely cooked yolk. While the chashu pork slices were on the thin side, they were adequately tender. 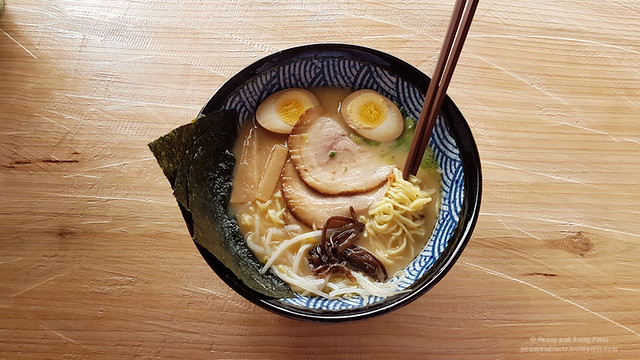 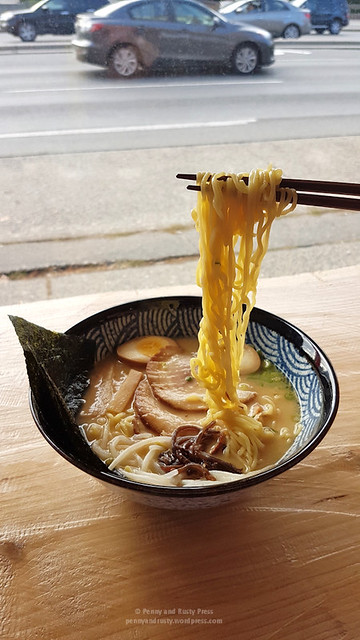 The soup made from pork bone broth was nice and creamy and not overly salty. As for the ramen itself, it was fairly average in terms of firmness/chewiness. Not a bad bowl of ramen but I wish the egg came out with a more runny yolk. 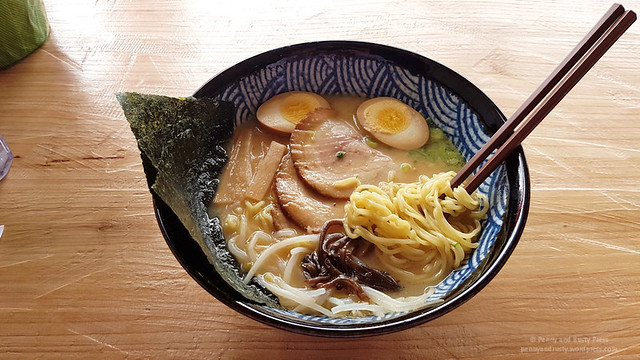 I came back for a revisit a couple of months later and tried their Tonkotsu Miso Ramen ($12.50) with two slices of thin yet tender chashu, seaweed, bamboo shoots, bean sprouts, wood ear mushrooms, green onions, corn, and 1/2 a seasoned egg in a miso-flavoured tonkotsu broth. Flavourwise, this should be very similar to the TTR Special Ramen as they are both miso-flavoured tonkotsu (pork bone) broth. In terms of toppings, it does include corn niblets but it has one less slice of chashu and only 1/2 an egg compared to the TTR Special. 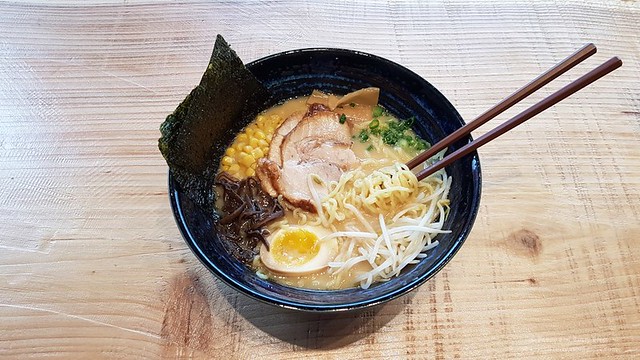 This time around, I found the 1/2 seasoned egg actually was pretty good with a slightly runny yolk. However, I found the broth to be lacking in depth this time around. It wasn’t bad per se and it had a nice creaminess to the broth but it wasn’t as good as I remembered the TTR Special was on my last visit.

I also ordered an order of Gyoza ($4.99) and was quite pleased that the thin yet crispy skin encased a pleasant pork filling. 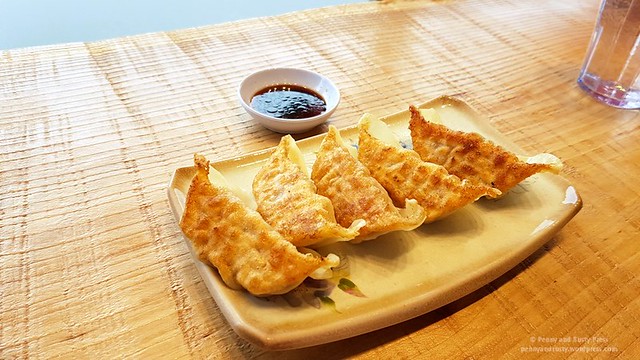 With all of the new ramen spots lately, I had almost forgotten about Tokyo Tonkotsu Ramen until I came back 3 months later. Wanting to try more of their limited menu offering, I ordered their Shio Ramen ($11.50 + $1.75 for a seasoned egg) as well as their Chicken Karaage ($3.99 for 3 pieces). 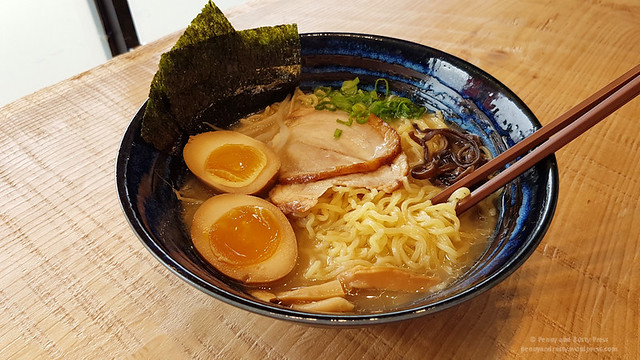 While you’d expect shio ramen to be on the salty side (shio means “salt” in Japanese), the broth is actually not overly salty. And while the broth wasn’t as full-bodied as some others that I’ve tried, it was moderately milky, with a clean yet satisfyingly simple flavour. Inside the bowl, you get 2 pieces of tender rolled chashu, roasted seaweed, bamboo shoots, wood ear mushrooms, bean sprouts, and green onions.

The chicken karaage was served with a mayo dipping sauce and was lightly coated with a crisp exterior. Freshly fried, the tender boneless chicken on the inside literally burst with juices when I bit into it. 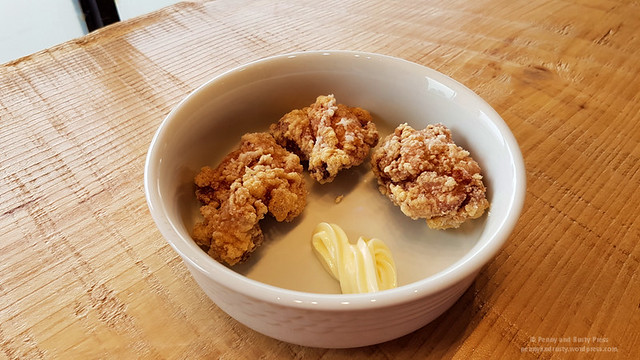 If you take a look behind the cash register, you’ll see they’ve made a shiny copper art piece made out of pennies (all 1963 pennies – I’m not sure if there’s a significance to the year).