About 5 years ago, I remember dining at Seb’s on East Broadway (a popular breakfast joint). Not too long after I visited, Seb’s closed down and was replaced by a new sushi spot called Sushi Loku. I’ve been meaning to come here and try them out but there’s so many sushi places around town.

In interior doesn’t look like it’s changed much since it was Seb’s. The interior is a bit dark unless you’re near the window and they still have the tile floor which gets super slippery when wet (who does that in Raincouver?)

We started out with the Agedashi Tofu ($5.50) which came with rectangular blocks of tofu encased in a crisp skin. These are best eaten quickly when they’re still hot. 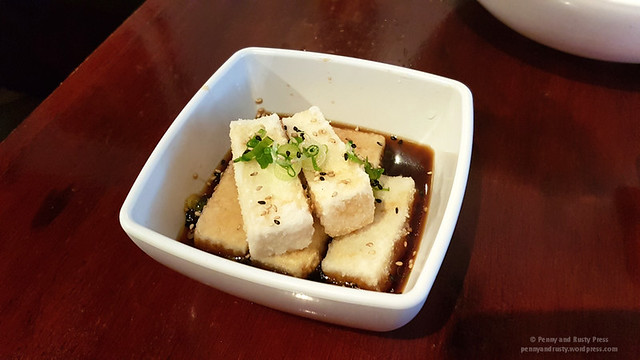 While I wasn’t a fan of the bowl that the Chicken Yakisoba ($9.50) was served in, the noodles themselves were on point. The yakisoba had a nice chew from the caramelization process. 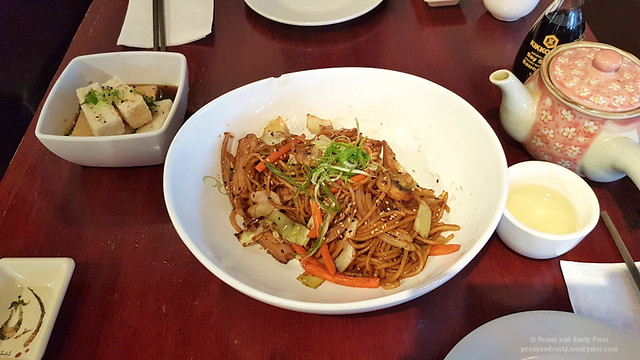 The Oceans 11 Roll ($9.95) has a mix of crab meat and avocado along with 11 pieces of seafood on top/inside the roll and served with a ponzu wine sauce. Each bite is a bit different (similar to a rainbow roll) and I found this speciality roll to be pretty good. 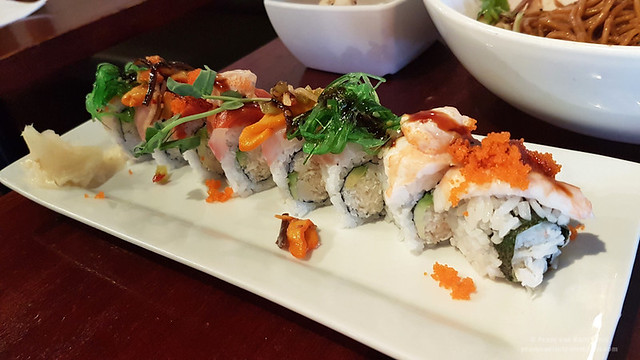 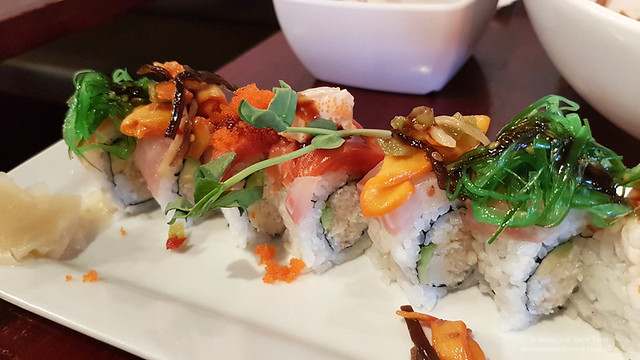 I’ve always been a fan of aburi sushi (as long as it’s done right) and I’m glad that the Loku’s Aburi Nigiri Collection ($15.95) was as good as it sounded. As a seasonal collection, the actual pieces of seared sashimi might differ but it’ll probably include classics like tuna, salmon, saba (mackerel), scallop, beef, or hamachi (yellowtail). 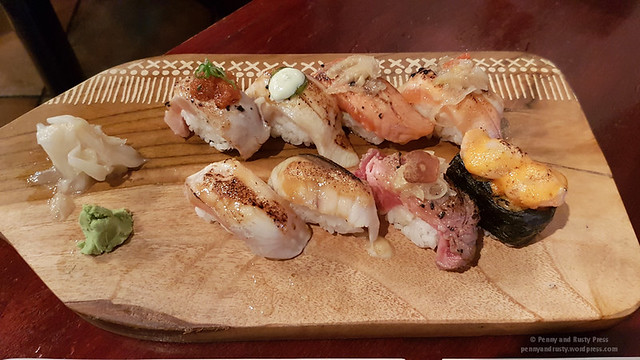 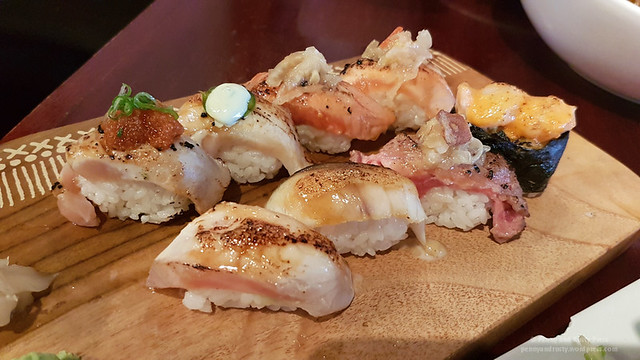 Overall, a pretty good selection from what we tried. I’ll definitely want to come back to try some of their other aburi dishes.