Back in 2014, I visited a little hole-in-the-wall burger shop in New Westminster called Burger Burger. The burgers were pretty good but the shop closed up not too long after. Afterwards, I noticed that a middle eastern falafel place took over the location but I just haven’t found the time to visit until just recently.

Taza Falafel House has occupied this spot since 2014 and serves up fresh Mediterranean flavours. The interior is a bit basic but serves its purpose and there was ample seating when I first visited.

I had a hankering for shawarma so I ordered the Chicken Platter ($11.90) which included a fresh garden salad, an ample serving of rice, and chicken that was freshly sliced off of the spit and finished on the grill. This was topped off with tzatziki and hot sauce. Originally, they forgot to give me hummus with my meal but gave me a container of hummus after they realized the mistake. 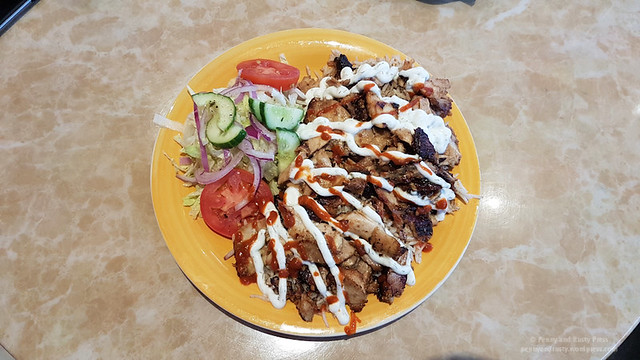 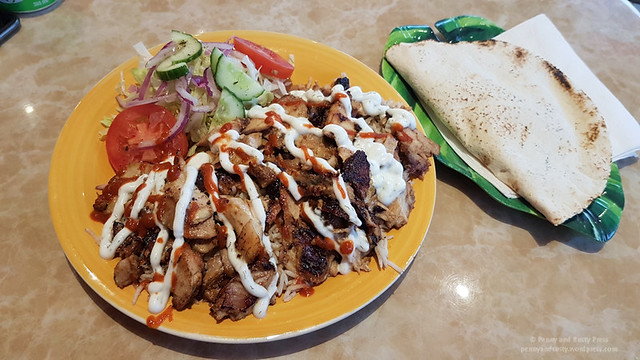 I do enjoy long-grain rice as the lower starch content results in the cooked grains remaining separate. It does make the rice a bit drier but the tzatziki and hot sauce makes up for that. The grilled chicken had a nice char but wasn’t overly tender. Overall, the amount of food on this plate was a generous portion size and the food was fresh and pretty good (they even reheat the pita bread for you on the grill). I’ll definitely come back to try some of their other items.

I came back the following month to try their Lamb Donair ($7.50). Unlike their chicken, which you can see warming on the rotating spit, the lamb is pre-cooked and refrigerated. They throw the pieces on the grill to reheat it before placing it in the pita. 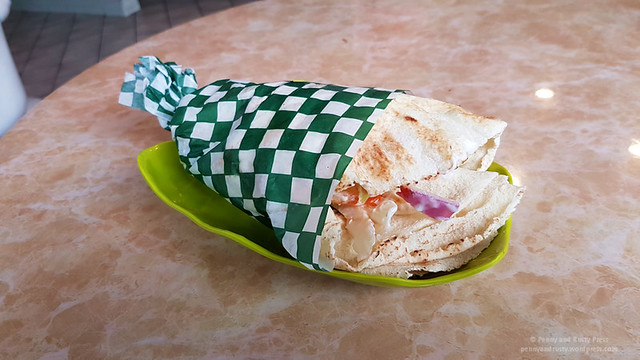 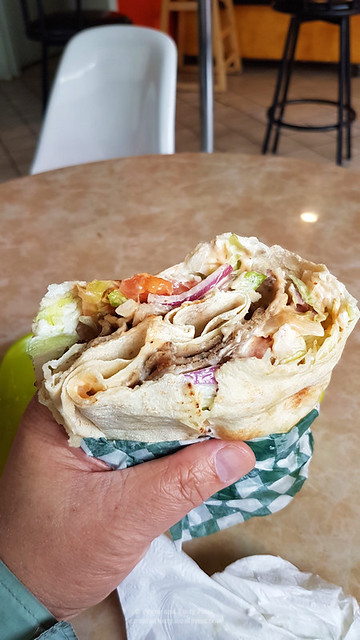 The donair is fairly large and things taste fresh. However, I think the lamb was a bit lacking in flavour. It’s probably best to stick with the chicken instead.