Late last November, a new Italian restaurant opened up at the corner of Columbia and Eighth St. called Piva. Billing themselves as a “rustic-modern” Italian restaurant, they strive to taking a modern approach with farm-fresh ingredients.

I first visited on late January for lunch. Despite the location, they were rather quiet with only a few other diners here. I have walked by at night and they do seem to be busier at night. 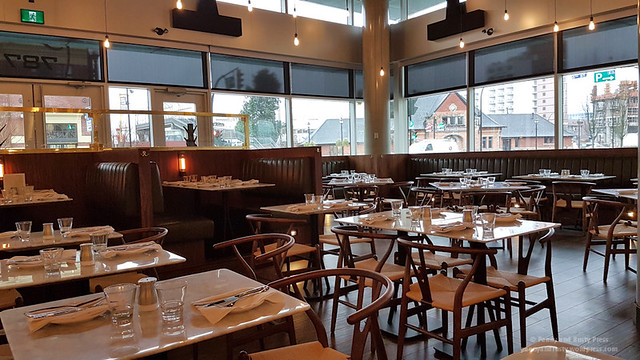 I decided to try their Linguine Carbonara ($20) – this has always been one of my favourite dishes but I rarely order it because it’s very carby and it’s basically a heart attack waiting to happen. While the serving size isn’t huge, it was filling and there was plenty of large chunks of pancetta in the dish. They top it all of with a poached egg which has a nice runny yolk that you mix in with the pasta to create a super creamy dish. 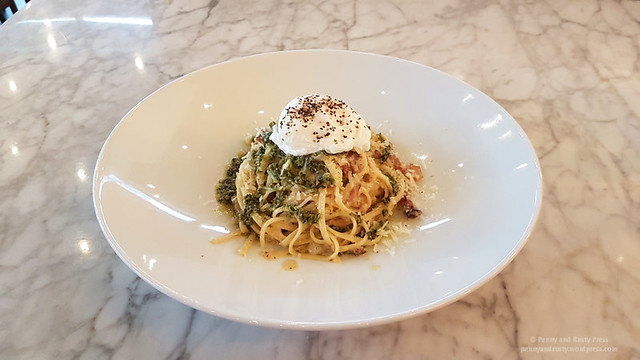 The salsa verde helps to cut through the fattiness of the dish and, although it was a bit too salty for my liking, I thought it was a very well balanced dish. 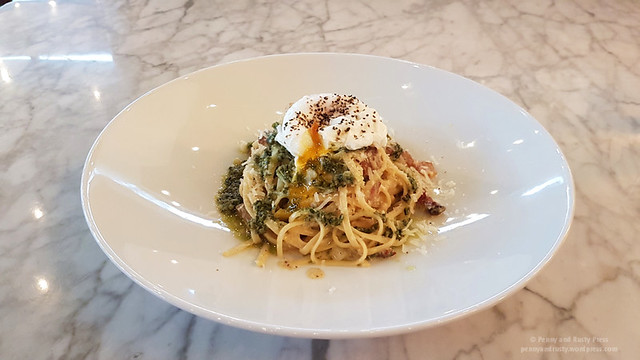 I decided to return a week later because I noticed that they had a Duck Sandwich on their menu that looked interesting. I also decided to try their Mango Temple ($5.50) which is a non-alcoholic drink with grenadine but lacking any actual mango flavour to it. 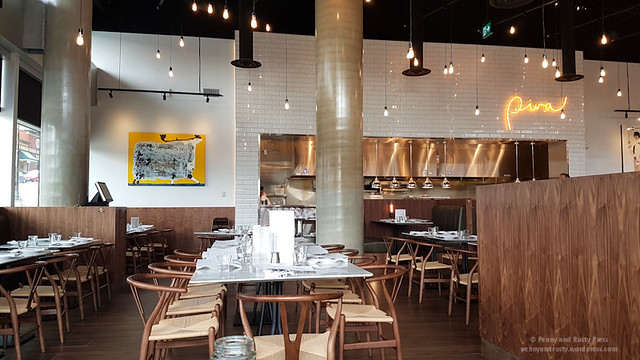 The Duck Sandwich ($18) is paired with fig jam, thin pancetta, arugula, mozzarella, and thinly sliced apple on a crisp ciabatta bun. When it first arrived at the table, I thought it actually looked more like a roast beef sandwich because the duck breast had been thinly shaved instead of being served in a thicker chunk-style. 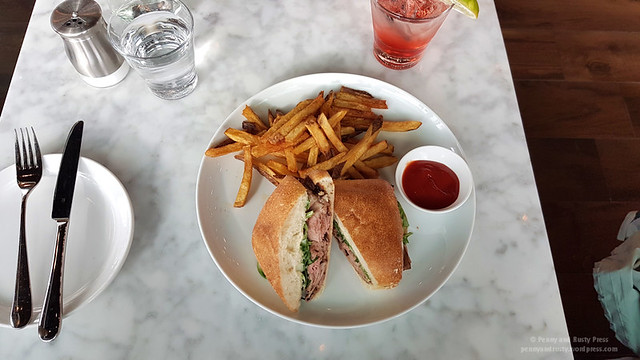 My main complaint about this sandwich is that the duck just didn’t have that duck flavour that you’d expect it to have. Usually, duck has more flavour than chicken but I found the sliced duck just didn’t do it for me. On the plus side, the fries were good and had a nice crispness on the outside while retaining a soft centre. 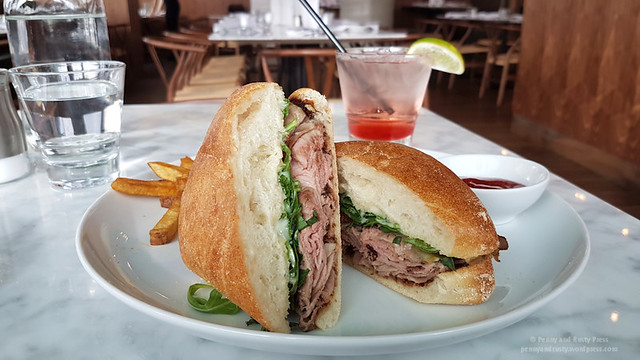 Overall, the lunch menu is a bit limited and marginally on the expensive side. Their dinner menu seemed a bit more interesting and we dropped by in April to try a couple of dishes.

The Duck ($28) was thankfully better than the duck sandwich that I had previously. Instead of thinly shaved duck, this dish had a sliced, oven-roasted duck breast with Frangelico reduction, cauliflower purée, sautéed kale, and polenta. The duck was definitely on point but I wasn’t a big fan of the kale (who is?) and the rectangular bar of polenta was a bit dry for my preferences. 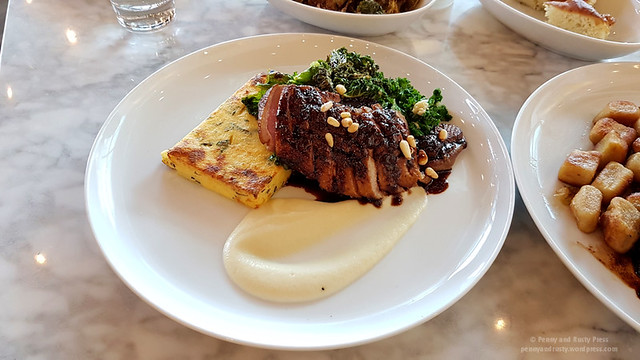 I ordered the Lamb ($34) and paired it with a non-alcoholic Sasa ($4.50). Like my previous drink here, the Sasa (elderflower and pomegranate syrup with lemon and soda) was quite sweet and refreshing but lacked any flavour. The lamb chops were fairly good and served with a pleasant fig demi-glace, Brussels sprouts, and crisp gnocchi. The crispy fried Brussels sprouts was the clear winner of this dish but I wasn’t a fan of the gnocchi which was way too hard. 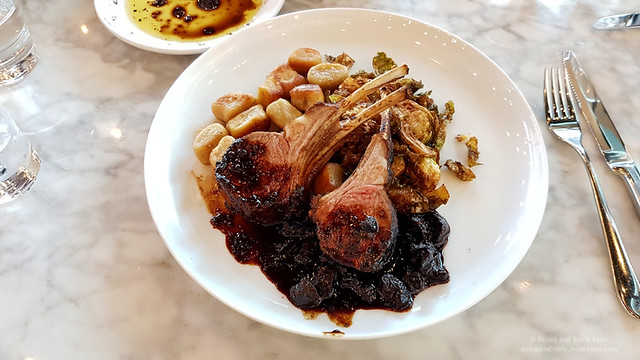 For dessert, we picked the Lemon Tart ($9) which was actually fairly good as it wasn’t overly tart. 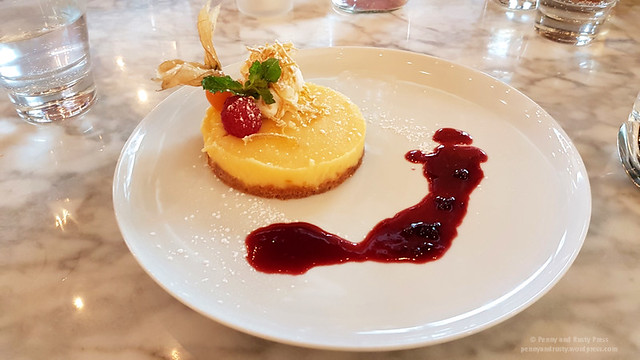