The Veranda (Hawaii 2018): Breakfast Buffet at the Beach Bar

The Moana Surfrider is one of the most historic and picturesque hotels located in Waikiki. Situated right on Waikiki Beach, the views from here are amazing. We decided to visit The Veranda for breakfast (which, as the name implies, is served on the veranda of the Moana Surfrider). As it turns out, however, this coincided with Mother’s Day and they had a special Breakfast Buffet ($30) which was instead being served in the adjacent Beach Bar area, under the canopy of their large banyan tree.

While we were originally hoping to try The Veranda’s ala carte breakfast menu, we made the best of things since the food was basically the same and it was a pretty good deal for a buffet on the beach. We were seated at a table that was right next to the beach with a nice view of the ocean and Diamond Head in the distance. As this is an open air patio, there were some birds looking for scraps but they weren’t overly intrusive and the servers would occasionally shoo them away. 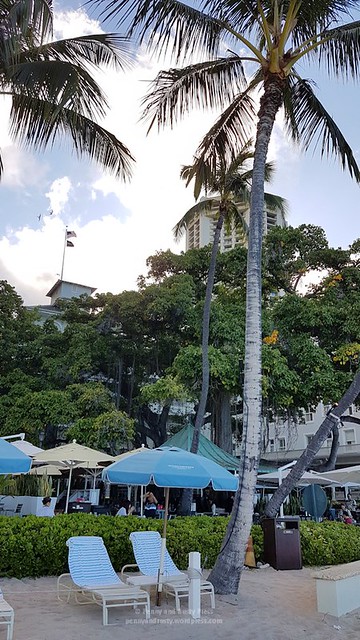 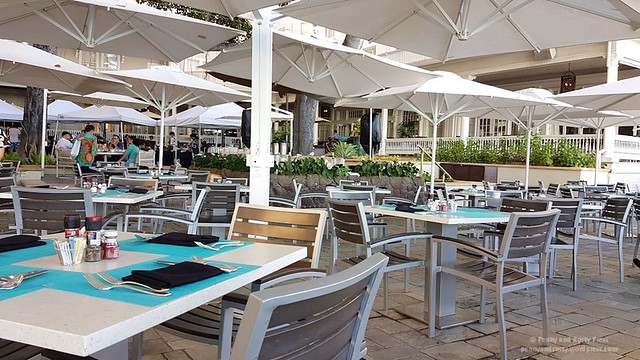 Their buffet had a good selection of fresh fruits (the red papaya was amazing), savory items such as apple-smoked bacon, chicken mango sausages, eggs benedict, scrambled eggs, and roasted potatoes. Fresh guava juice and cucumber pineapple juice were just the toppers to this buffet. 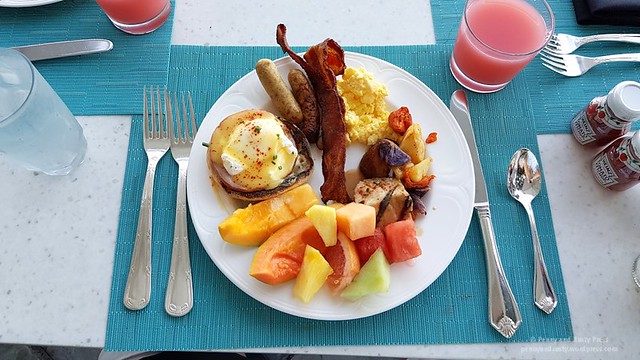 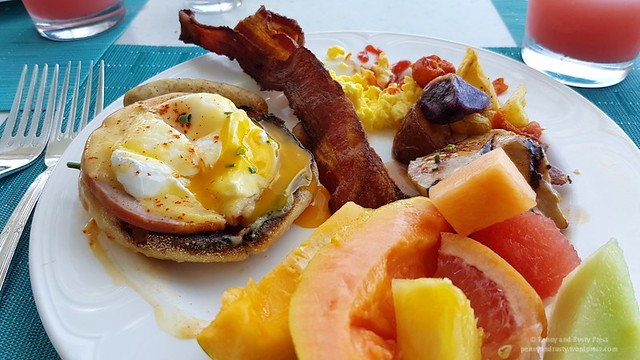 They also had a selection of carby items like pastries, breads, bagels, etc… and lighter fare such as lox, granola and fruit parfaits. And did I mention that you’re right on the beach?!?! During the morning, the rising sun is blocked by the Moana Surfrider and the rest of the buildings in Waikiki so the beach area isn’t overly bright but the temperature in Honolulu is fairly consistently warm. 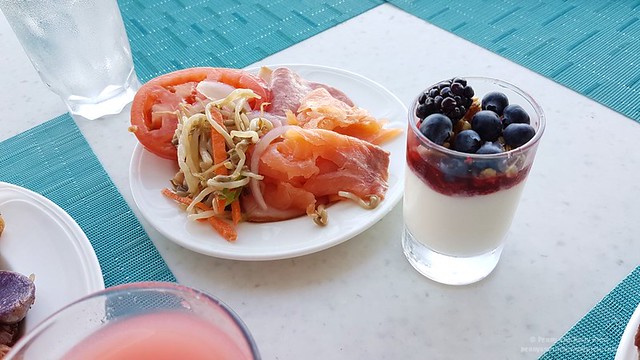 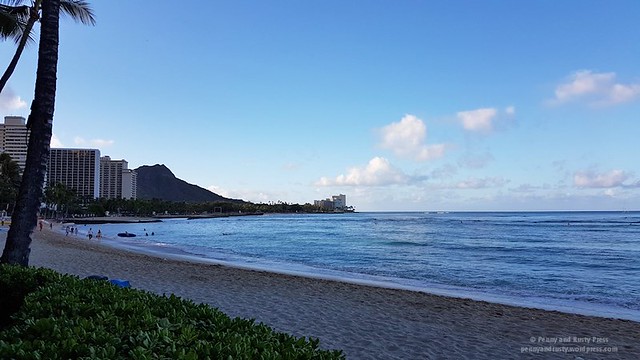 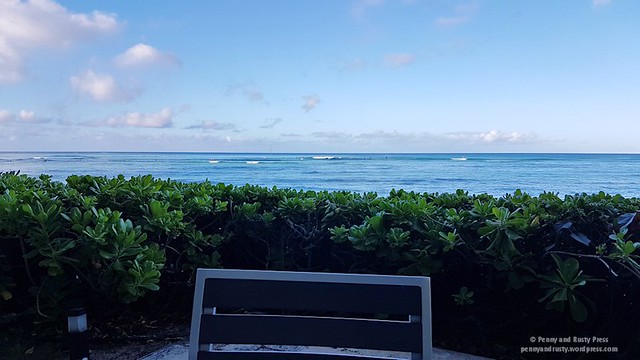 While you might expect that the food at a breakfast buffet isn’t as fresh as made-to-order items, I have to say that I was impressed by the chicken maple sausages and benedict (nice runny yolk). I made sure to include plenty of fruit on my second go around (especially the papaya). Best way to start your day in Waikiki is with breakfast on the beach! 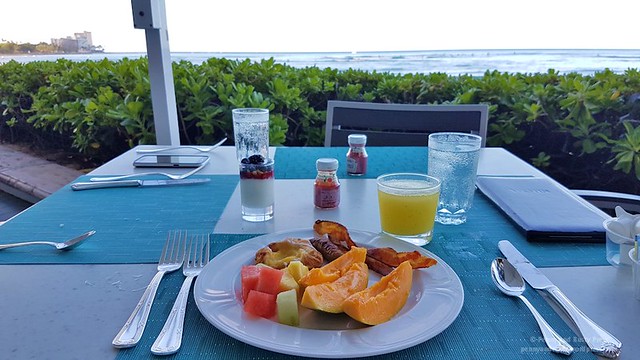