If you’re looking for more traditional Hawaiian dishes in Waikiki, you’ll probably want to head over to one of the many small hole-in-the-wall places which serves up meaty and filling meals fit for a king. One such famous place in Waikiki was Ono Hawaiian Foods which we had the chance to visit back in 2015. Since our last visit, it seemed like the old kitschy Ono Hawaiian Foods had closed down but has been reinvented into the new Da Ono Hawaiian Foods.

Remembering the great Hawaiian food that we had here a few years ago, we decided to try the new location after our hike up Diamond Head. We actually walked right past the restaurant because we completely missed the signs as it was unrecognizable from our memory of the place. Gone are the many pictures which used to be plastered on all of the walls… replaced with a bright yet stark and sterile environment. This place used to be very crowded but we were the only diners during our visit (a western couple looking for pho took one look at the menu and left). 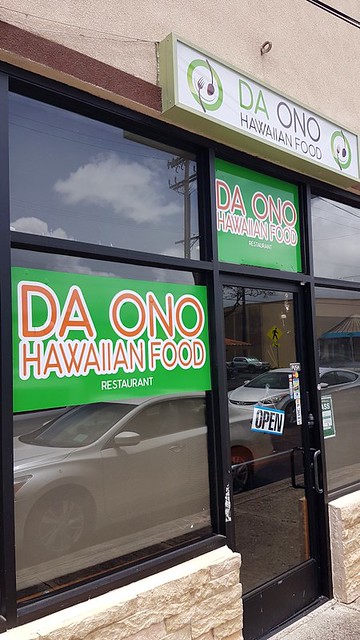 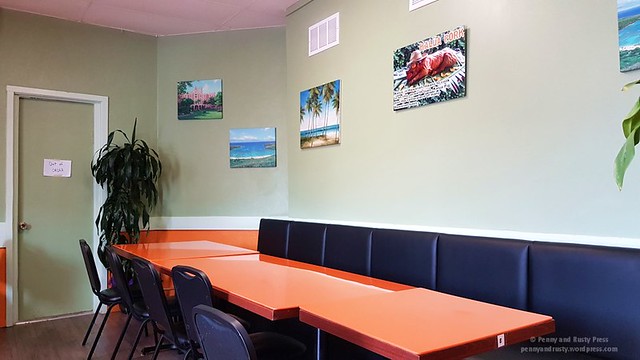 The elderly lady that was working in the restaurant said that they are the same as the old Ono Hawaiian Foods and the menu items seemed fairly familiar. We decided on ordering the Kalua Pig & Laulau Plate ($26.90) which was more than enough food for the two of us. Kalua Pig is a slow-roasted pork dish that’s rubbed with sea salt and liquid smoke and then served shredded while Laulau is pork wrapped in taro leaves. Definitely a good combination if you like tender pork. The combo is also served with pipikaula (similar to beef jerky), lomi salmon (similar to a diced tomato salad mixed with salmon pieces), and haupia (coconut jelly) and rice or poi. 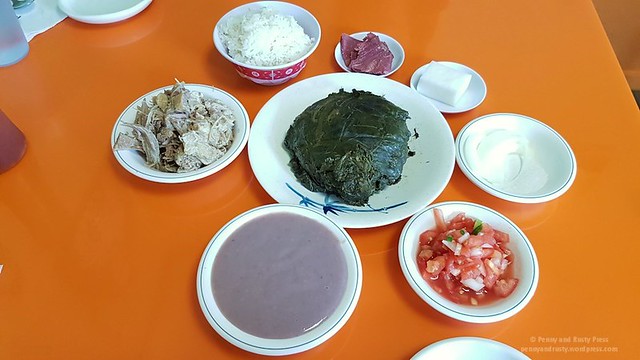 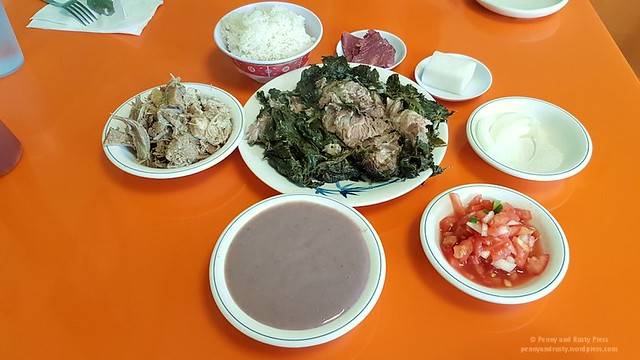 The pork here is fork tender and best mixed with the poi. We’ve had these type of dishes before at those cheap touristy luaus that you can find in Waikiki but they don’t compare to the homemade stuff. 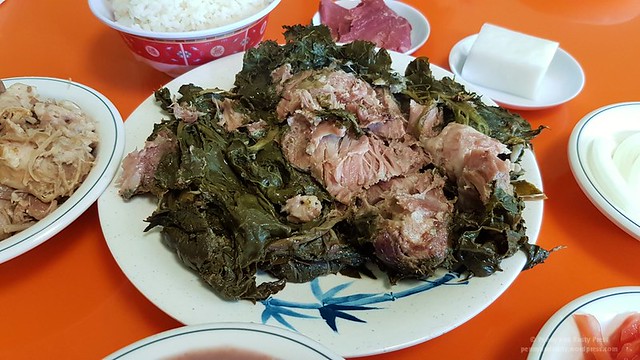 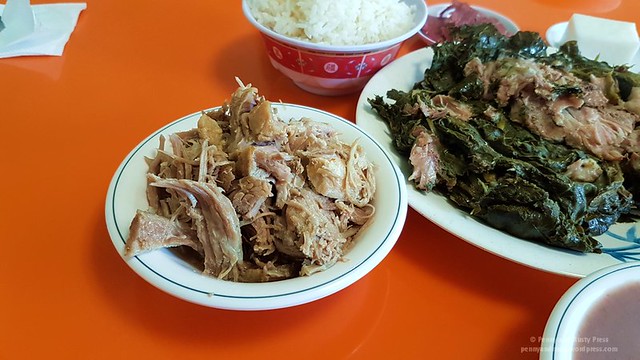 If you’ve had a bad experience with poi before, I’d encourage you to try it at a place like Da Ono Hawaiian Foods. I find the ones you get at some of the more touristy/western spots to be too salty. Here, the poi has a slightly sweet but very muted flavour. Make sure to ask for some raw onions and dip the onions in the poi. 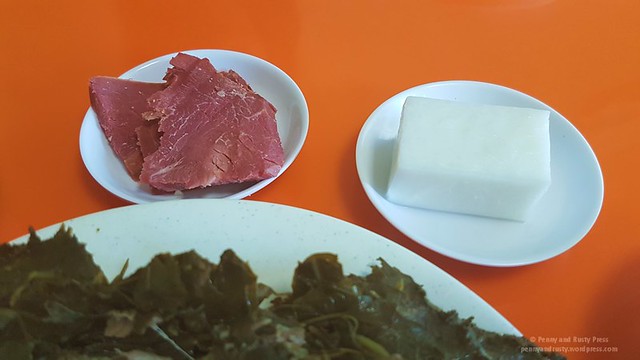 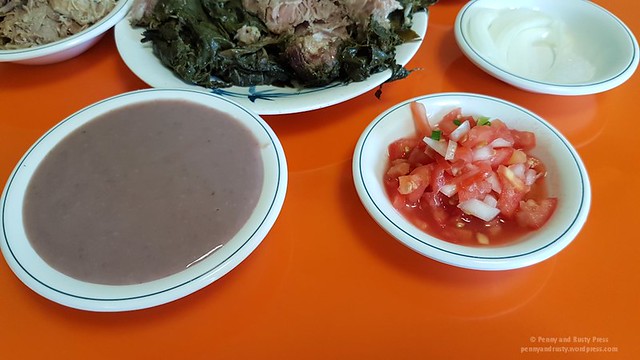 It seems that Da Ono Hawaiian Foods has lost some of the old school charm that drew crowds in here over the years. But despite the gentrification, we still enjoyed the food here.