You had me at Peking Duck. But seriously, when I first heard about a shop which sells Peking Duck I knew that I had to try it.

Me + Crêpe is a chain (there’s currently 3 locations in the Lower Mainland) which has a limited menu and focuses on various crêpe dishes. The shop which I visited is in the back of Old Orchard Shopping Centre, behind Ha Cafe. Honestly, it’s easy to miss this place if you didn’t know where to look for it. 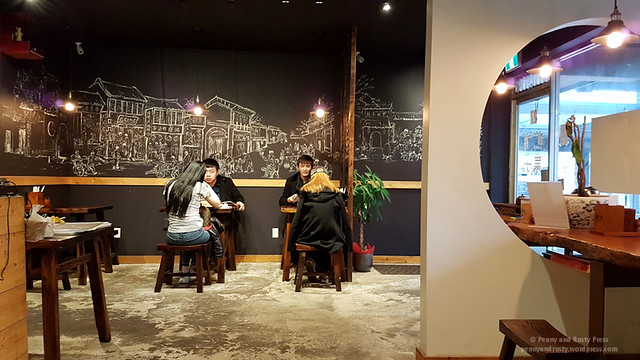 At $12.95, it sounds a bit steep for Peking Duck… considering you only get one piece. While a whole order of Peking Duck at a typical Chinese restaurant is much more expensive in total, you get many servings so the per piece cost isn’t really that bad. In any case, I placed my order and added a side order of Tea Infused Egg and warm Soybean Milk for $3. The egg is hard boiled and you have to peel the shell off yourself. 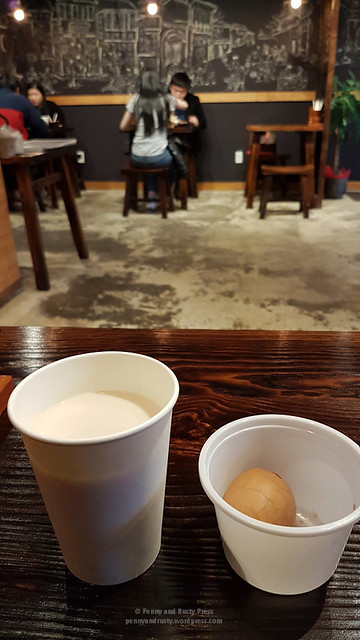 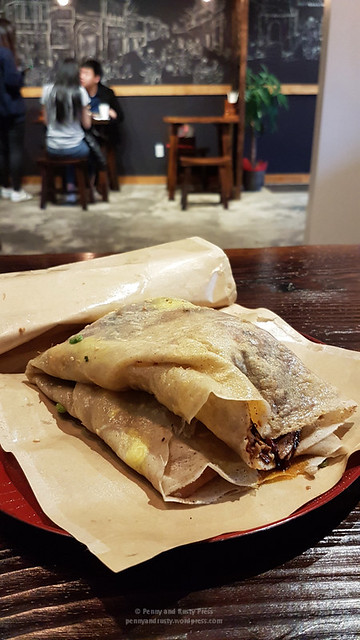 When my order arrived, I saw how large the “Peking Duck” wrap was and realized that it was probably the size of 2-3 regular pieces of Peking Duck. Their crêpe is filled with duck, crunchy cucumbers, green onions, and soybean paste and then folded in half and placed in a wax paper wrapper. It actually looks more like a Chinese burrito than a Peking Duck wrap. You’re supposed to peel the wax wrapper and fold it down to eat. Fair warning… this is extremely messy to eat! The crêpe is thin and soft and does not hold up well to the hot, drippy filling inside. The whole thing falls apart easily and you’ll definitely need a lot of paper napkins if you order this. 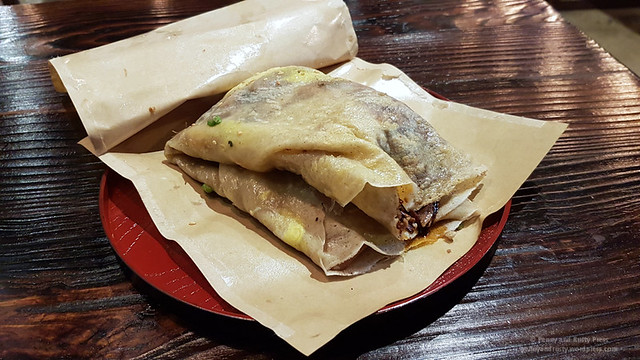 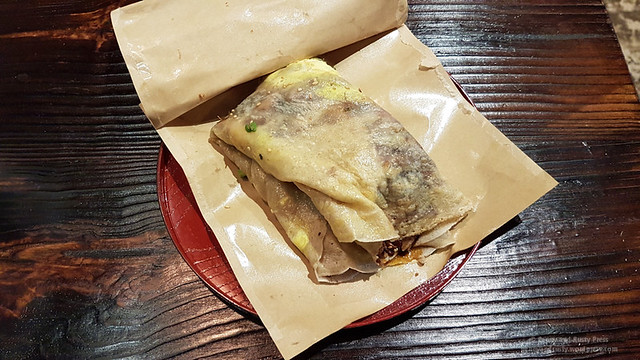 The wrap was okay but I’d hardly call it “Peking Duck” and there’s no way that I’d want to attempt to eat this in front of a date. The egg was meh but I did enjoy the hot soybean milk. If you’re looking for real Peking Duck, you’ll probably be disappointed with this rendition.