Back in the day, the iconic former CPR station located at the convergence of Front and Columbia streets in New Westminster used to be home of The Keg. That is, until The Keg closed these doors in 2013. For years, it sat idly by until recently a new tenant, Kelly O’Bryan’s, decided to call this place home. Interestingly, the founders of Kelly O’Bryan’s worked in The Keg at this location back in the 70’s. 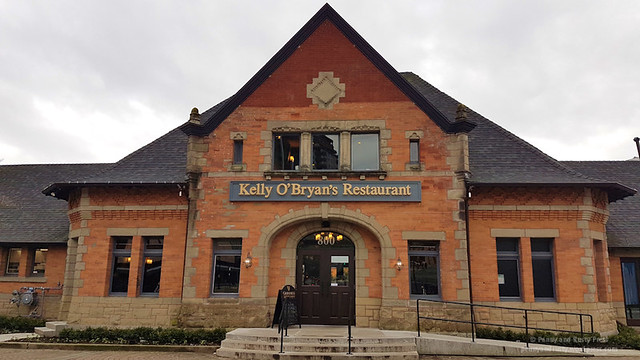 During my visit, I sat at the bar on the main floor. From what I recall, The Keg used to have two floors. I’m not certain if they plan to use both floors or if they’re still doing renos (I’ve heard that they originally planned to have both a restaurant and a bar here). 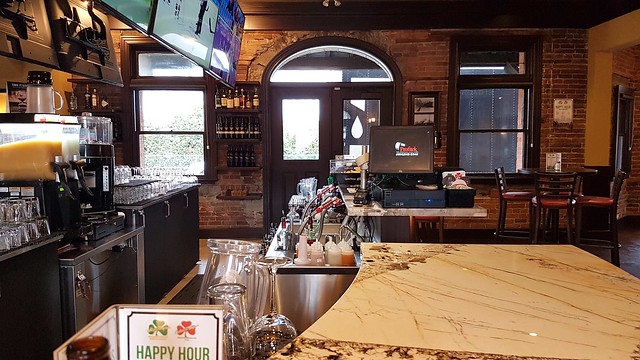 I decided to order the Bacon and Cheddar Burger ($17.50) and then upgraded to their signature Pachos for $3.75. Apparently, this is a popular item at Kelly O’s and similar to the Pochachos at the nearby Terminal Pub. Kelly O’s pachos are made with waffle-cut fries and topped with a bit of cheddar cheese and green onions and served with a runny, yellow “Emerald Isle” sauce. Truthfully, I don’t see what the fuss is about (and I usually love waffle-cut fries). The pachos were a bit too thick and lacked any crispness while the dipping sauce was so thin that it kept splattering every time I tried to use it (word of advice… if you try to dip into this sauce and lift the waffle fry up to your mouth, the sauce will splatter all over your shirt because it’s so thin that it doesn’t stick to the fry – make sure to shake off any excess sauce before you try to lift up your waffle fry). 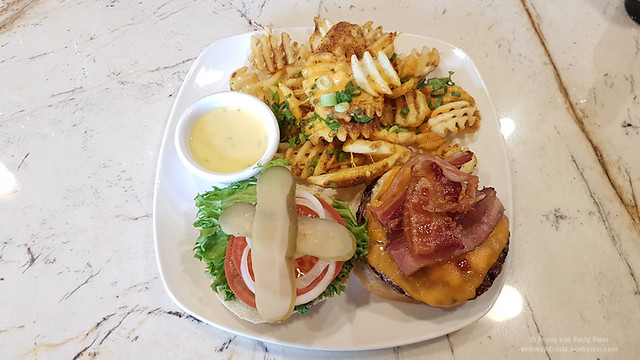 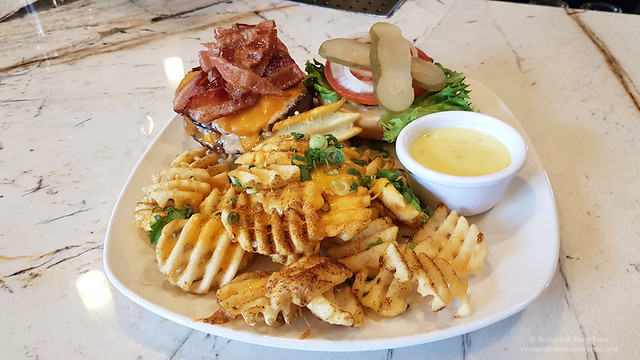 As for the burger itself, it was an impressively huge burger with double patties. Of course, this results in the burger being quite messy and the whole thing falls apart very quickly. I liked that the bacon was crisp but I found that the beef patties were quite dry and lacked any flavour. I paired my burger with a bottle of Dad’s Root Beer ($2.50). 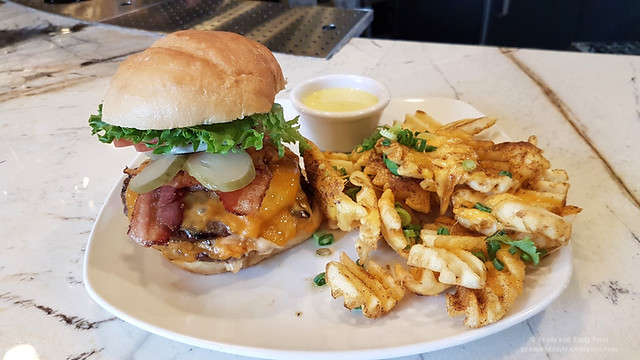 Overall, the food is average at best but with slightly higher prices. There’s much better burgers in New West and their pachos were a bit of a let down.