On one of my frequent jaunts down to New Westminster, I noticed a tiny hole-in-the-wall restaurant across from Douglas College called Rong Rong Tea House. Intrigued, I made a point to visit here on a future occasion. 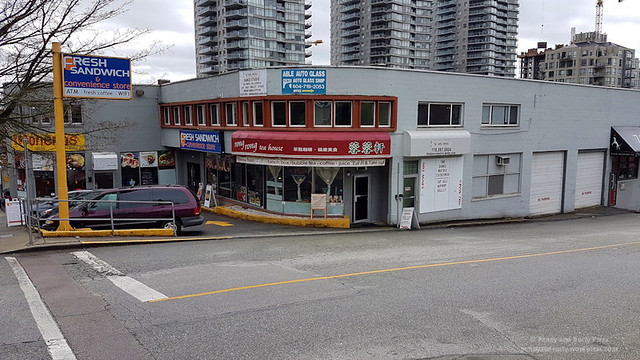 The restaurant is set back a bit from 8th Street and you enter in the tiny door that’s off Agnes Street. Once you walk inside, you notice that the main seating area is situated further in the back of the restaurant with a small step up that leads to about 18-20 seats. The elderly lady that greets you is rather friendly and proud to serve her home-cooked Taiwanese dishes. She mentioned that she used to run Beautiful Island on Imperial Street before moving to this location.

I decided to try their Braised Pork with Preserved Vegetables ($14 plus $2 for a bowl of rice). This is a well known Hakka comfort dish (aka mui choy kau yuk) where the fatty pork slices practically melts in your mouth. I thought this version was pretty good with a crisp bite to the greens that served as a base for the braised pork slices. When you add that with the preserved mustard greens on top… mmmm! This is a great dish to eat with a bowl of rice. 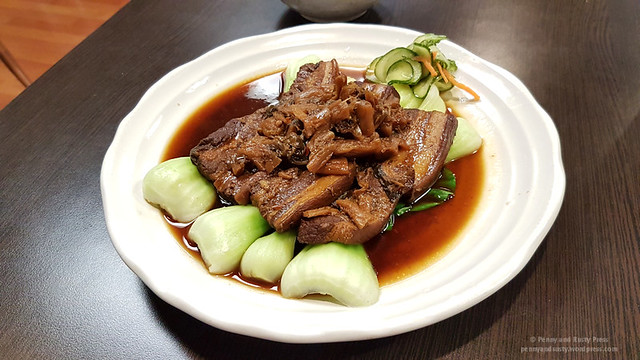 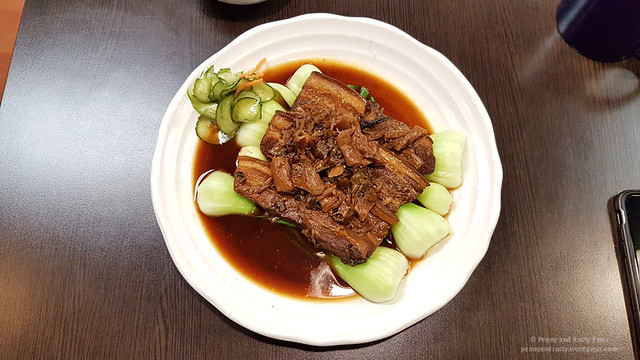 Overall, the pork slices were fairly tender (some more so than other pieces) and was accompanied with thinly shaved pickled cucumbers which provided a crisp crunch that offset the tender pork.

I returned for a revisit the following month and ordered the Deep-Fried Pork Cutlet on Rice ($9.95) and, like the last dish I ordered here, it was served with thinly sliced pickled cucumbers. The cutlet had a very nice crunch from the batter they used and I was surprised at how juicy the meat was on the inside. The rice was topped with some small chunks of stewed pork and juices. I actually quite enjoyed this dish… not exactly a healthy dish given how greasy the cutlet was but it was tasty. 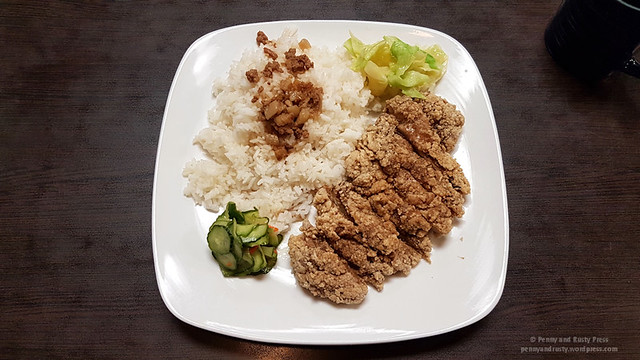 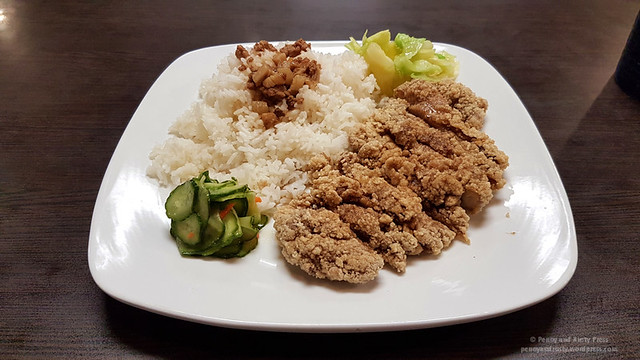 After two months, I wound up back at Rong Rong because another nearby restaurant was closed. The Deep-Fried Chicken Cutlet on Rice ($9.95) was very similar to the pork cutlet dish that I ordered on my last visit. The chicken had a very pleasing crispy crunch to the chicken skin and the meat on the inside was juicy. It was a bit oily but that’s to be expected from this kind of deep-fried dish. 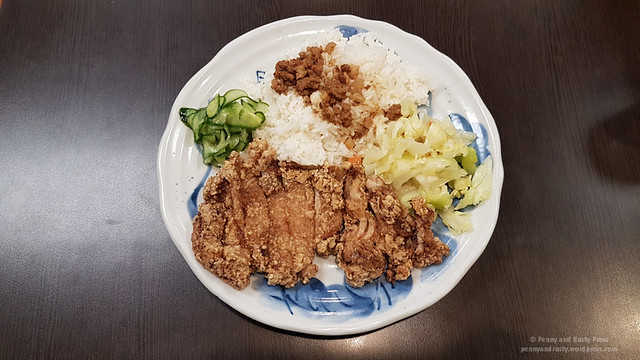 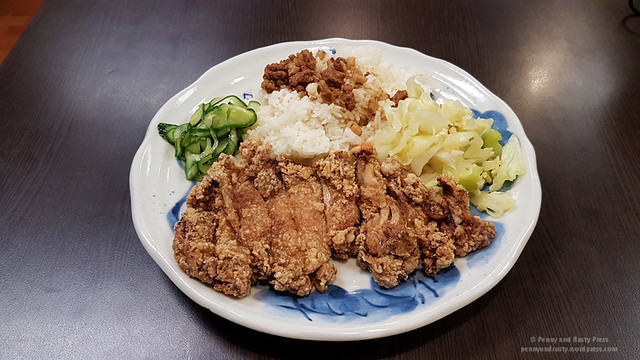 The menu here is rather limited but there’s not very many places that you can find Taiwanese food in the New West area.