Grub is a small eatery on Main Street that’s been open since 2007. It’s funny because I’ve often driven or walked past this area of Main Street and have never even noticed this restaurant. Run by Chef/Owner Ling, there’s a surprising well-rounded selection of options on the menu with 95% of their produce supplied by their farm in Langley.

The interior of the restaurant is long and narrow with one wall plastered with a colourful and eclectic motif. In some ways, this resembles the menu as it was difficult to pin down a specific genre of cuisine. There’s a bit of Italian, French, and Mediterranean influences but all with a modern twist. The menu apparently changes frequently (perhaps with slight changes to the ingredients or to take advantage of seasonal offerings) but you’re sure to find something that appeals to many diners (everything from beef to poultry to seafood to vegan dishes). 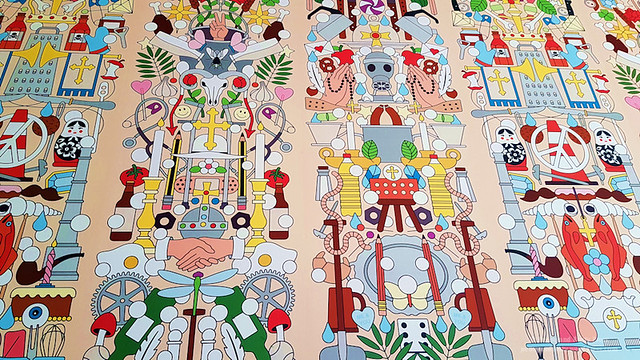 For an extra $14, we opted for the 3 course meal which is a pretty good bargain as most appies are around $12-$15 and most desserts are about $9 on their own. First out of the gate was the Tuna Tataki with a soft-poached egg and Israeli couscous. These pearl-shaped balls were so tasty and much larger than the couscous that we’re familiar with. 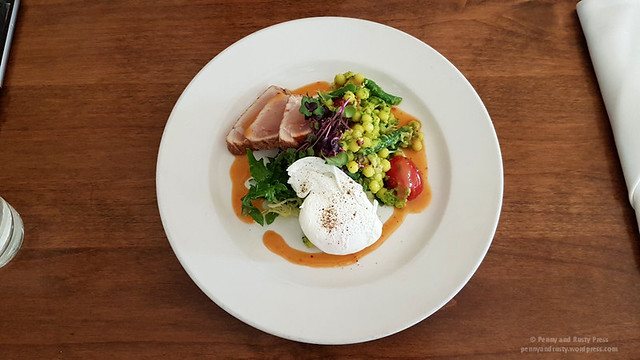 Next up was a bowl of piping hot French Onion Soup that’s been baked with emmental and fresh mozzarella cheese. I always make the mistake of burning my tongue with French onion soup but this was worth it. The ooey gooey cheesy pull when you lift the spoon out of the bowl is amazing. 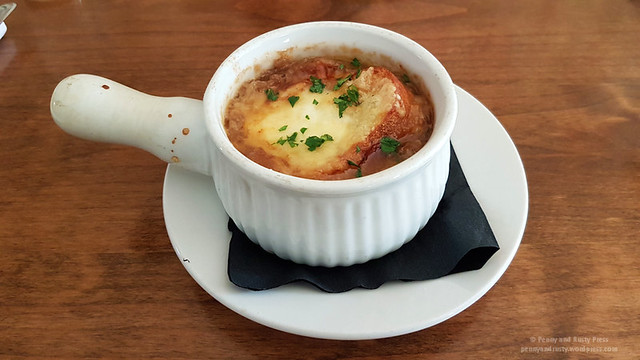 For our main, we picked the Scallops ($25) which were perfectly seared and served on top of a large portion of fried orzo mixed with crab, corn, peas, arugula, and smoked tomato coulis. We wound up having to take some of this home because we wanted to save room for dessert. 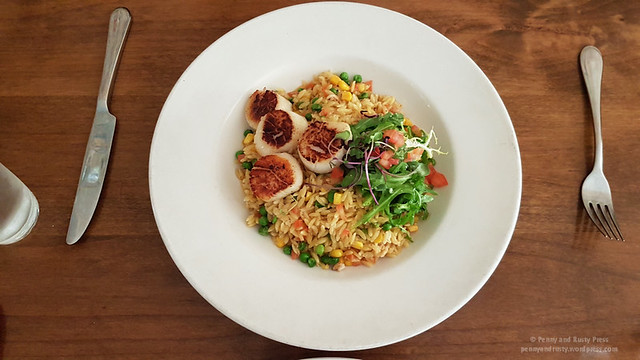 We also ordered the Duck ($26) which is paired with a spiced root vegetable medley, grilled asparagus and a blueberry red wine au jus. The Brome Lake Duck breast, dusted with cinnamon, was prepared medium-rare and was simply, yet wonderfully, prepared. The blueberries in the au jus was surprising good when paired with the duck. 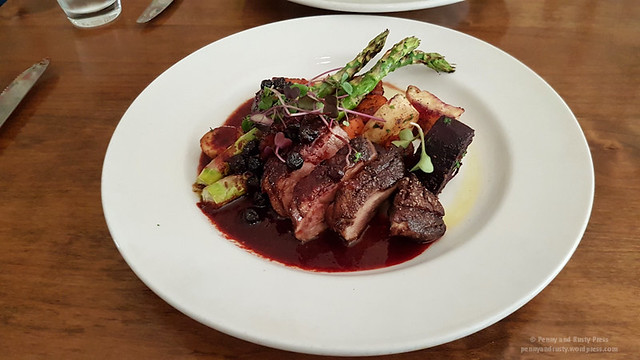 For dessert, we picked the Flourless Chocolate Cake with white chocolate sauce, crumbled pistachio, crème fraîche, and berries. The chocolate cake resembled a dense yet lighter version of a brownie. 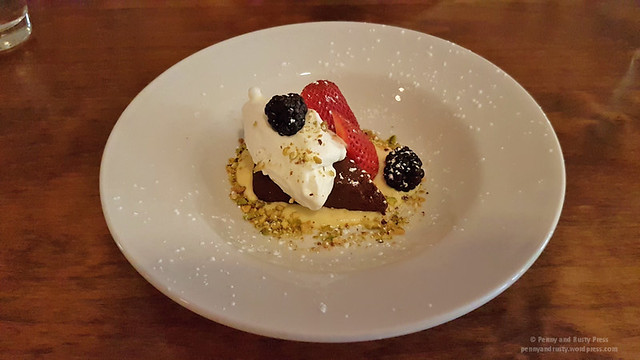 Lastly, the Apple Strusel with vanilla ice cream finished off our meal. 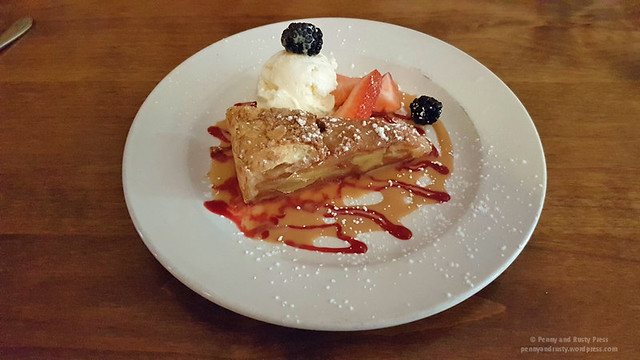 We were pleasantly surprised that all of the dishes were very well prepared. Service was friendly but they only had one waiter which meant that things slowed down when the restaurant got busier later in the night.