Green & Oak is one of the newer Malaysian restaurants in town and situated just east of Boundary Road on Hastings Street. We arrived in mid-April (right before they were set to temporarily close down for some kitchen renovations) for a late lunch/early dinner and were fortunate that they were still offering their special lunch add-on menu (where you can order smaller versions of their appies).

The interior of this restaurant is spacious and there’s plenty of light coming in from the large windows. 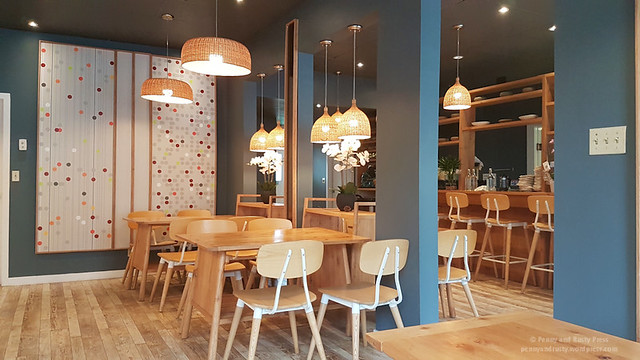 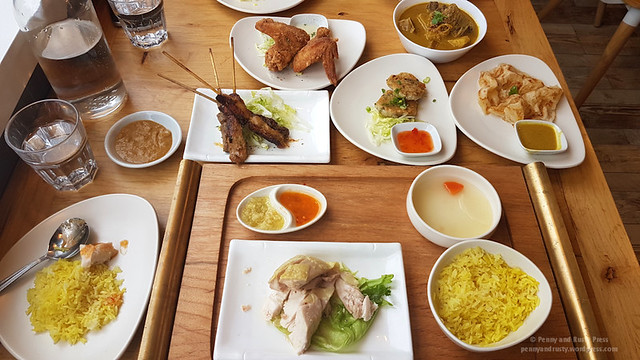 We also ordered the Hainanese Chicken Set Meal ($9.95) which comes with minced ginger and a spicy dipping sauce along with chicken rice. 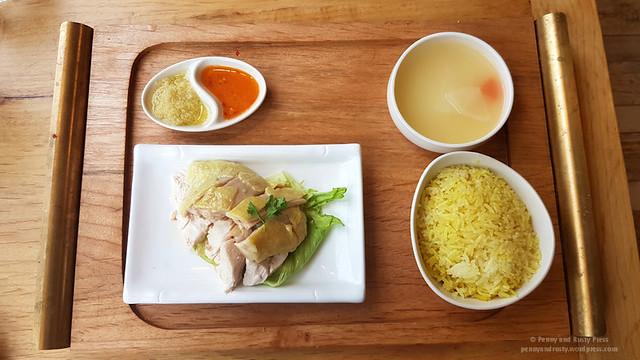 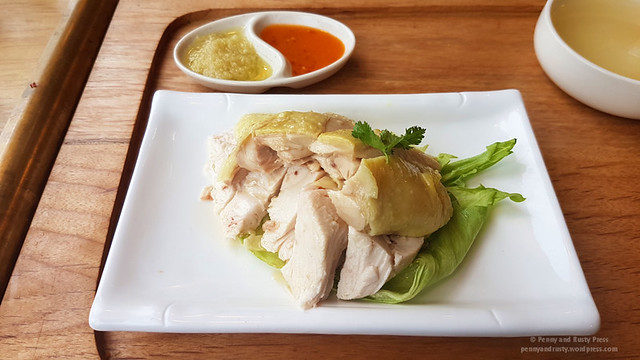 The satay was accompanied with a peanut dipping sauce. I found that the chicken was much better than the beef (which was drier and a bit chewy). 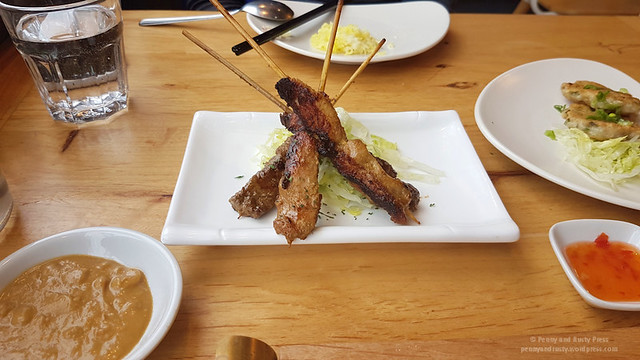 The fish cakes had a paper-thin crisp exterior which encased the plump fish patty but it seemed to lack any fish flavour. Meanwhile, the roti had thin and flaky layers and a curry dipping sauce. 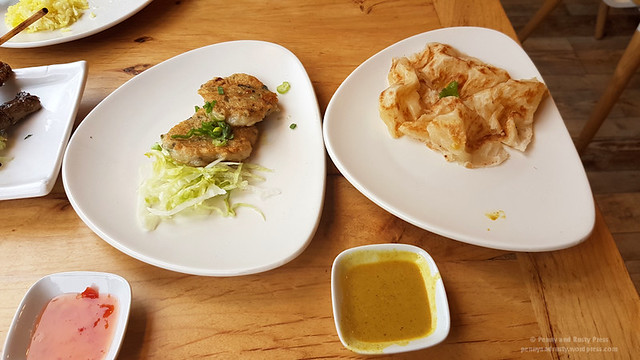 The 2 full chicken wings (tips intact) were crispy and accompanied with a tart dipping sauce. Not on the level of chicken wings that you’d find at Phnom Penh (but few are). 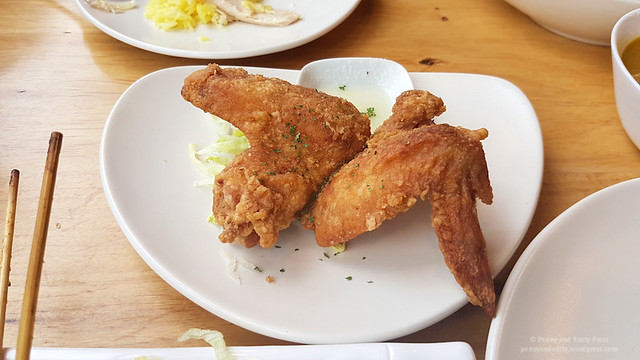 Last up was the Beef Curry ($9.95) which was served with a bowl of rice. The mostly tender chunks of beef and large pieces of potato were swimming in a delicious curry sauce. You definitely need the rice to sop up that curry sauce. 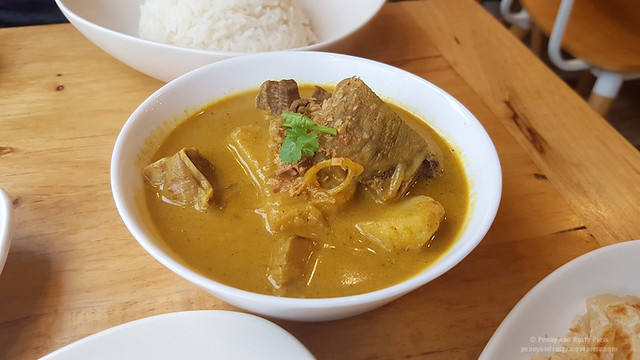 We revisited three months later during National Ice Cream Day and ordered the Milo Godzilla ($5.25) – given how hot it was outside, this was a really good choice. For those of you unfamiliar, Milo is a chocolate malt beverage. This “Godzilla” version is iced and topped off with ice cream that’s been dusted with undissolved Milo powder. 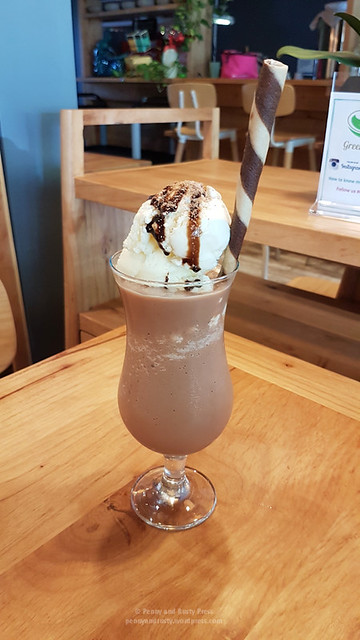 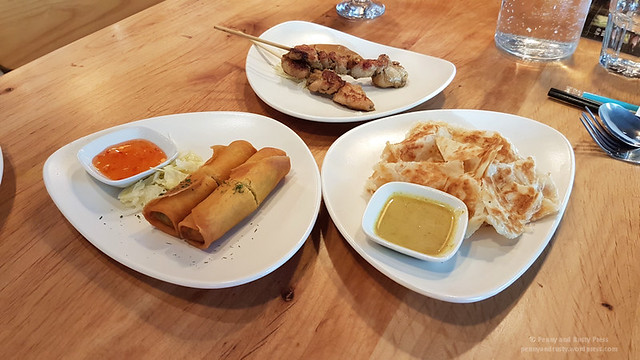 We again ordered a bunch of items from their lunch add-on menu… the Spring Rolls ($3), Roti ($2.95), and the Chicken Satay ($3.50). Again, these add-on items are perfect for trying out a bunch of different items. 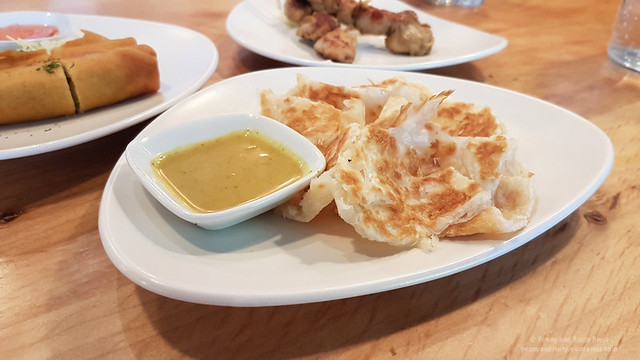 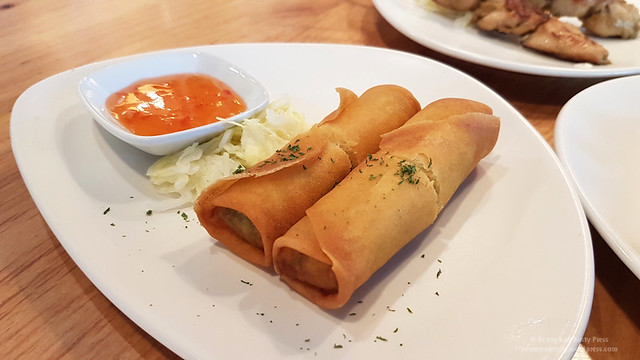 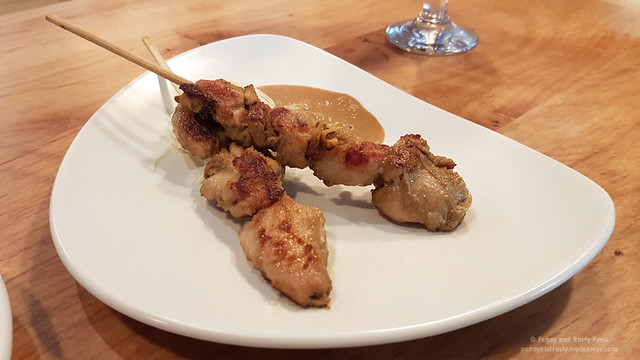 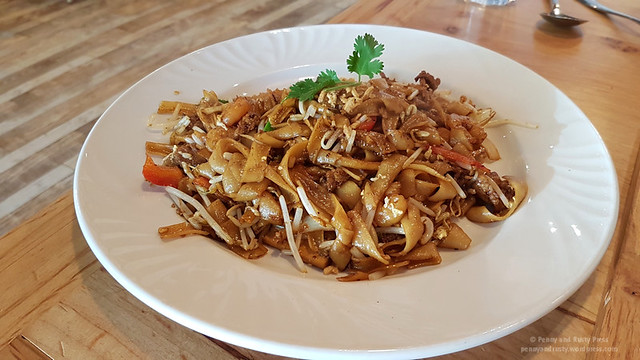 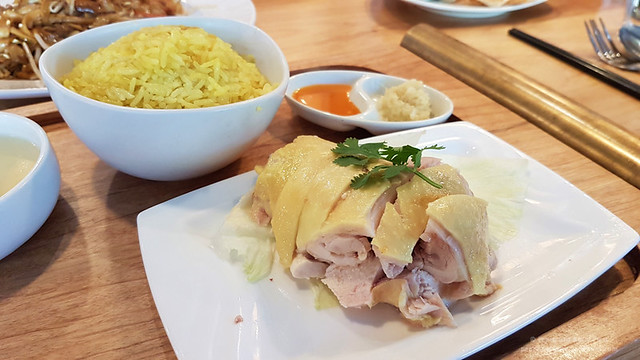 Overall, the food was rather good. They also have a shelf under the tables where you can put your bags (although I kept hitting my leg against it).