Match Eatery & Publish House is a modern gastropub located outside of Starlight Casino in New Westminster. The interior is fairly dark and industrial-looking but they do have some skylights which lets in some natural light. I was actually surprised at how large this place is and it’s filled with large, flat screen tvs. I’m sure that it must get busy here during weekends or sporting events but it was fairly quite when I came here for lunch during the weekday. 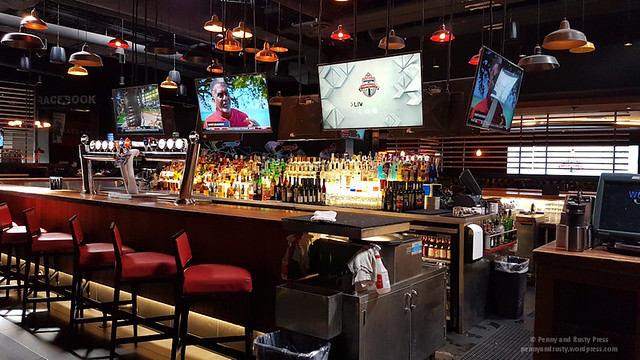 When I came by on a Tuesday, they were running a special on their tacos ($6 instead of the usual $10) so I couldn’t pass that up. The Crispy Fish Tacos were pretty good. Although the wrapper was a bit dry, the battered fish was crispy and topped with a mango salsa, crunchy slaw, and a slightly spicy chili cream sauce. 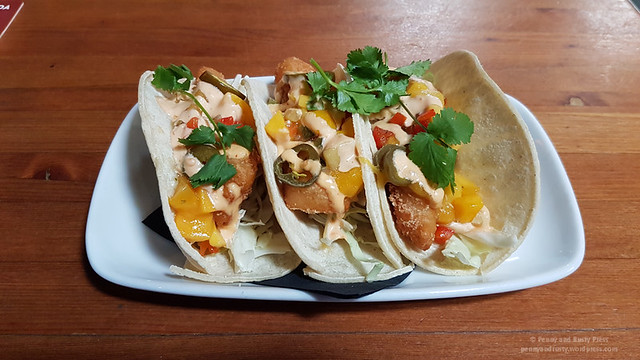 I came back for a revisit to try their Pulled Bacon Mac and Cheese ($14.75). Given how dim it is in some parts of the establishment, I decided to sit at the bar so I could get some sunlight coming in from the skylight. This dish is pretty much as it’s described… which is partly unfortunate. I would have preferred crispy bacon to go along with the cheesy macaroni noodles. Instead, there was a fairly generous amount of pulled pork which is chewier and leaner (and somewhat dry). 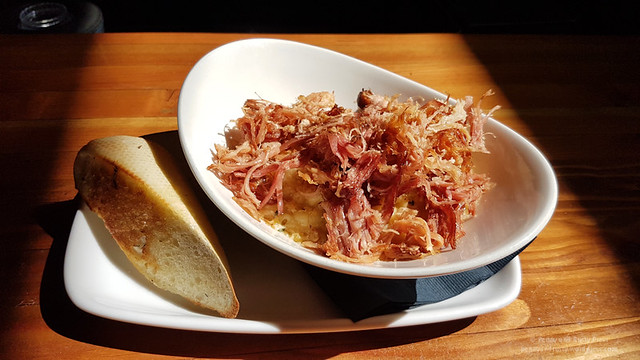 The macaroni was okay and had a bit of bread crumb topping to it. But although it was cheesy, it lacked any significant cheese pull.

Overall, fairly average eats but not bad considering the lack of dining establishments in the area.