Phoenix Garden is a long-standing Chinese seafood restaurant located on Nanaimo Street between Broadway and East 8th Avenue. The interior is rather cramped but we managed to squeeze into a cozy table for 2 by the window.

Never being here before, we stuck with some of our go-to dim sum dishes such as the Steamed Beef Balls ($5.50). These were fairly standard but it’s difficult to mess this up. 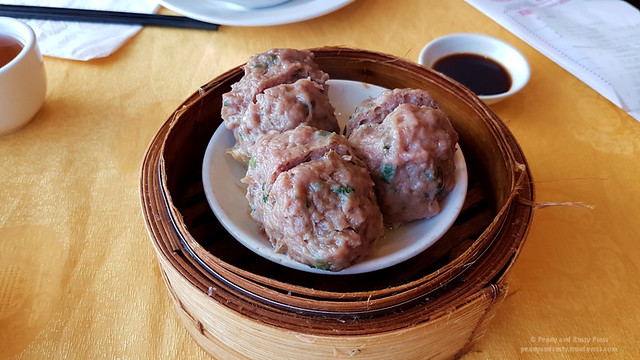 The Eggplant with Shrimp Paste ($6.50) was our first dim sum item here that contained shrimp. Looking back now, we actually wound up ordering a lot of shrimp dishes on this visit. Fortunately, they do a pretty good job with their shrimp. 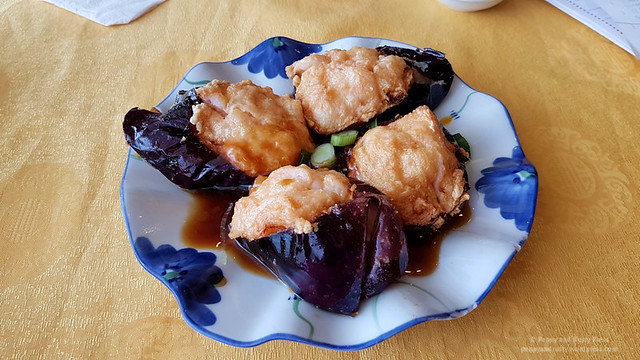 The Chinese Donut Rice Roll ($7.25), however, wasn’t my favourite. Sure, the rice roll was velvety soft but the Chinese donut on the inside was far from crisp… which is pretty much the most important textural component to this dish. For the price, this definitely wasn’t worth it. 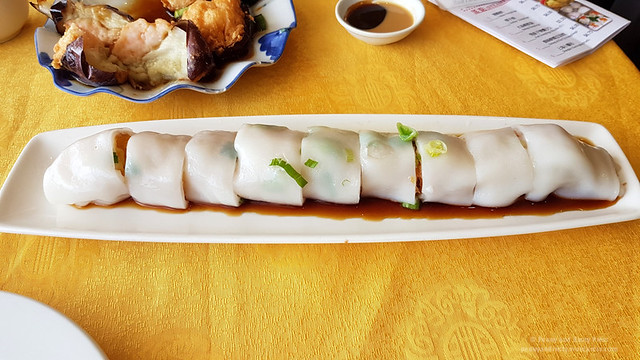 The next dish was something that I really wanted to try… the Lobster Dumplings ($6.75). The thing to know about this dish is that the lobster is only on the top of the dumplings. Underneath the lobster is a large helping of shrimp. Again, the shrimp was nice and bouncy with a snap to the bite, however, don’t order this expecting the whole dumpling to be filled with lobster meat. 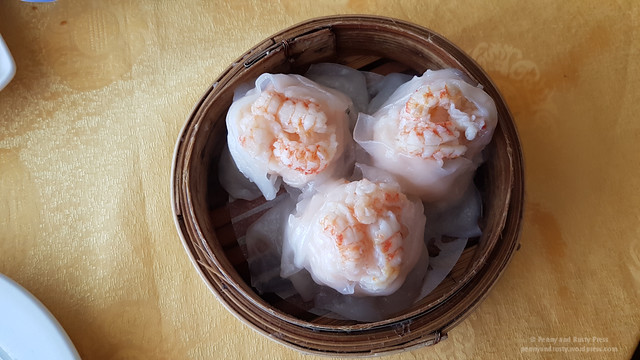 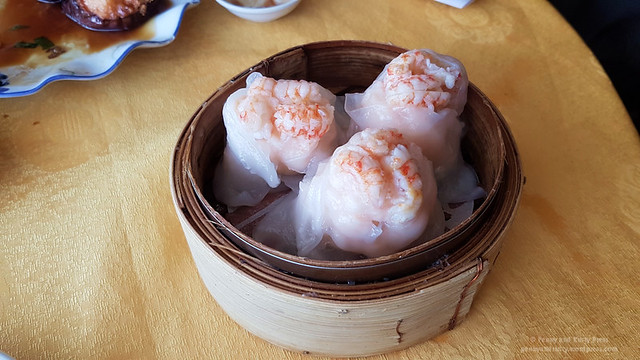 In keeping with our “shrimp adventure”, we ordered the Steamed Bean Curd Rolls ($5.50) with a filling comprised of pork and shrimp. 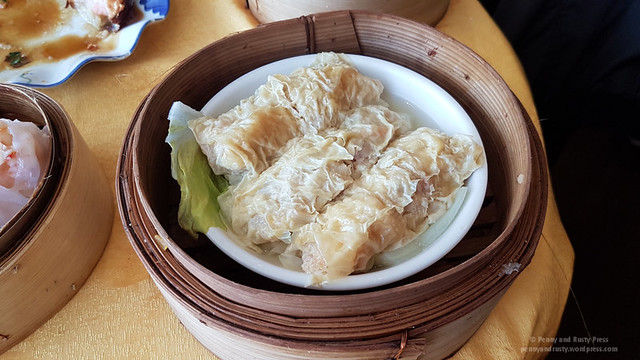 Lastly, and we really should have rethought ordering this dish given all the shrimp we had at the table… the Shrimp Balls with Bean Curd Sheets ($6.75). Nothing wrong with the dish – the large shrimp balls were quite tasty. 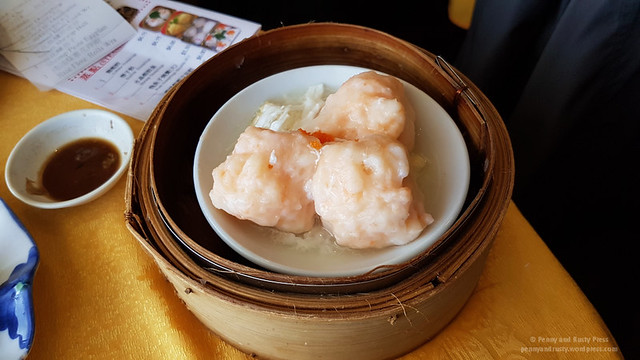 Overall, most of the dim sum dishes here were pretty good but tended to be slightly more expensive than other dim sum restaurants given the location and tightly packed atmosphere.