Big Star Sandwich Co. opened up a few years ago in a tiny shop located in New West. Since that time, they’ve moved into a larger location in New West and, at the same time, opened up a bunch of new locations. One such outlet is located on Canada Way in Burnaby, near Charlie’s Chocolate Factory.

The interior is fairly similar to their other locations with tall ceilings and an industrial vibe to it. As I’ve mentioned before, Big Star makes some of the best sandwiches around… the only thing that would make them better is if they had options to toast their sandwiches… just saying. 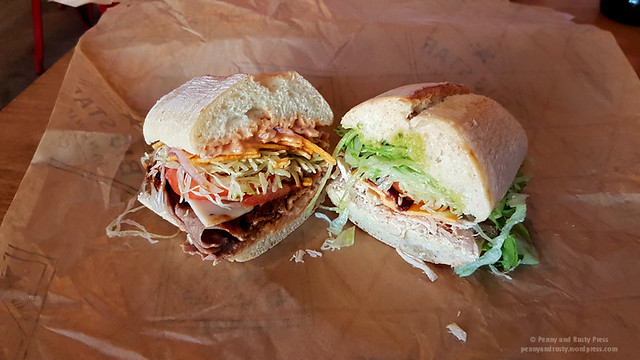 We picked up a regular size of their #2 Turkey, Bacon, Cheddar, Avocado ($8.98) with lettuce, tomato, mayo, honey mustard, and hickory sticks and their #28 Roast Beef, Bacon, Habanero Jack ($8.98) with lettuce, tomato, onions, hickory sticks, chipotle mayo, and bold bbq sauce. Like I said before, the only thing that would have made their Turkey, Bacon, Cheddar, Avocado sandwich better would have been if the sandwich was toasted. 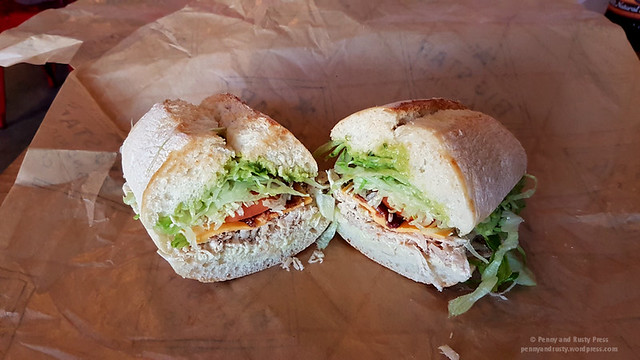 Their #28 is also known as The Neeson because it’s the sandwich that lured Liam Neeson to their New West shop when he was in town filming. It’s no wonder because this is an outstanding sandwich. Big Star uses their very particular set of skills in making this crowd pleaser. Love the crunchy hickory sticks on top and the sauce has just the right amount of kick to it. 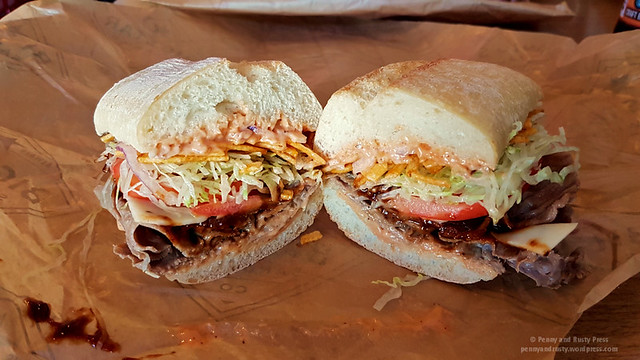