Araxi has been on our list of places to visit in Whistler for a number of years but we’ve only just been able to drop by this past June. Located in the Village Square, it’s difficult to miss this restaurant whenever you walk through the heart of Whistler.

On the night that we visited, things seemed a bit slow – but that might have been because we arrived for dinner around 6pm (more of the tables did fill up as the night went on). We decided to go with their Three Course Menu which was priced at $49. Of course, that price was just a starting point and various add-on/substitutions bumped up the price. 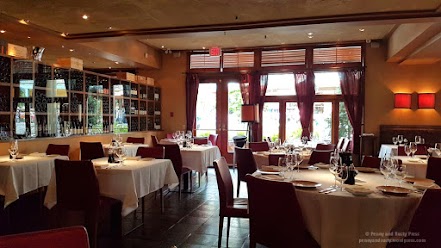 We paired our complimentary bread and butter/olive oil with a Blood Orange Moscow Mule ($15.50) made with Stoli vodka, blood orange and lime juice, cloves, syrup, ginger beer, and mint as well as the Symphony ($7.50) made with elderflower, chamomile, ginger, lemon, and honey. 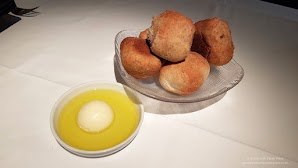 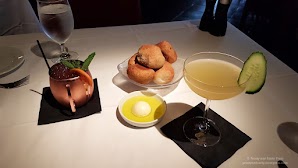 For our starters, we went with the Prawn Cocktail and the Tuna Tataki. The four large and plump black tiger prawns were accompanied with a spicy house-made cocktail sauce whereas the lightly seared tuna was served with shaved daikon radish, shiso leaves, ponzu sauce, and accompanied with spicy tuna and seaweed. The prawns were good but I wish there were more and the tender tuna tataki was equally impressive. 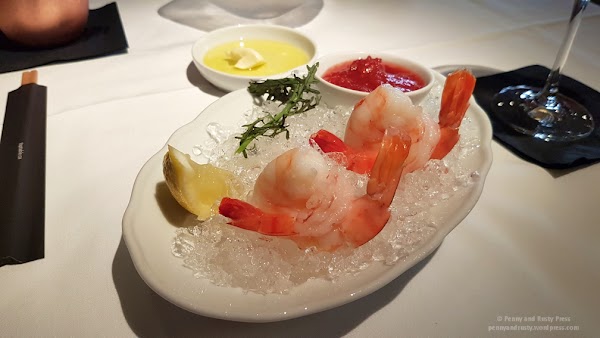 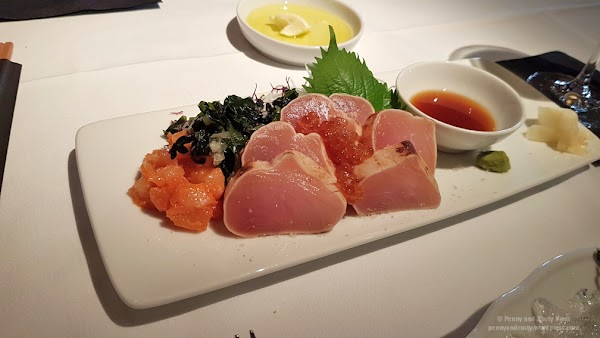 The Halibut (+$12 premium) was a super-sized portion of flaky halibut which had a bit of char on the exterior. Served with a roasted eggplant purée, Pemberton summer squash, North Arm Farm German butter potatoes, and a lemon and thyme butter sauce, I was a bit disappointed with this dish. The halibut was undeniably dry on the inside which I suspect was due to being overcooked given the thickness of this chunk of fish. It was a bit of a shame to ruin such a nice piece of fish by overcooking it. 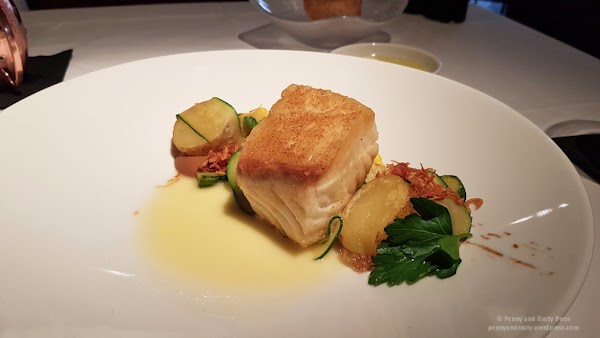 We also ordered the Tenderloin (+15 premium) which was, as expected, super tender. Served with butter-glazed asparagus and cipollini onions with a ruby port sauce, I really enjoyed the thinly shaved potato gratin bar that accompanied this dish. 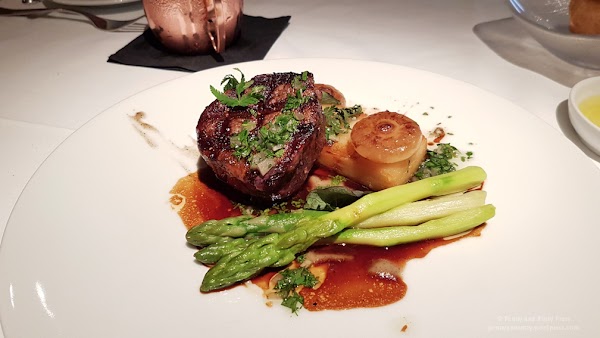 For dessert, we had the North Arm Farm Strawberries and Rhubarb prepared with vanilla poached rhubarb, a mixed berry sorbet, and a lemon sponge cake. 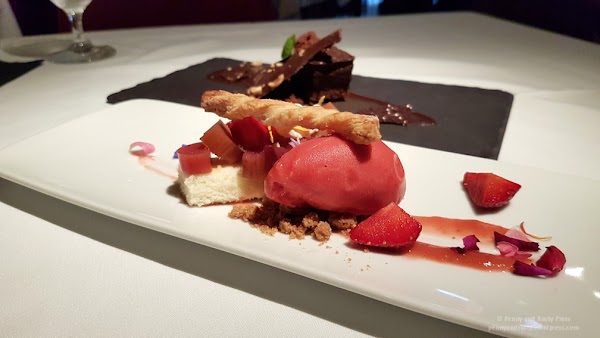 The Layered Valrhona Chocolate Marquise was a bit difficult to break through given the hard chocolate shell that encased the layers of dark chocolate mouse, crispy hazelnut, and dark chocolate glaze. I really enjoyed this decadent dessert – definitely order this if you’re a chocoholic. 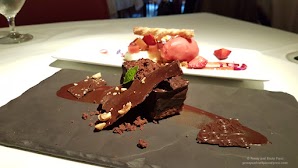 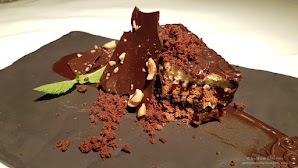 Some pretty good food here but there were some major misses with the overcooked halibut.