Does anyone still remember when COWS had a store on Robson Street in Vancouver? Well, unlike Vancouver which has seen an explosion of ice cream and dessert shops over the last couple of years, Whistler has stayed fairly true to COWS. In fact, during our visit in June, there were actually 2 COW locations along the Village Stroll… pretty much within spitting distance.

Both stores were open when we visited so I’m not sure if they are simply in the midst of moving or if they plan to keep both shops open permanently. In either case, if you’re looking for ice cream in Whistler, you’ll probably wind up here.

It appears that they have a new cow at this location and she was trying to get a taste of my Fluff ‘n Udder chocolate ice cream with marshmallow swirl and peanut butter cups. 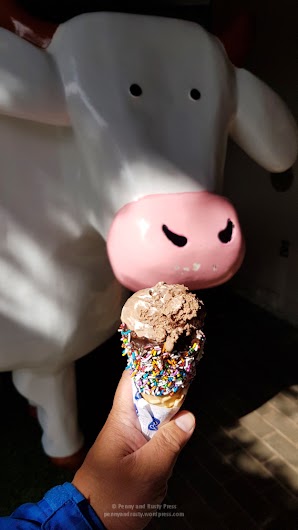 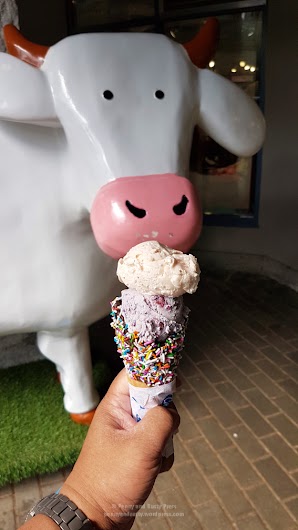 After our hike to Joffre Lakes, the first thing we had when we got back to the village was a double scoop with PEI Strawberry and PEI Blueberry. 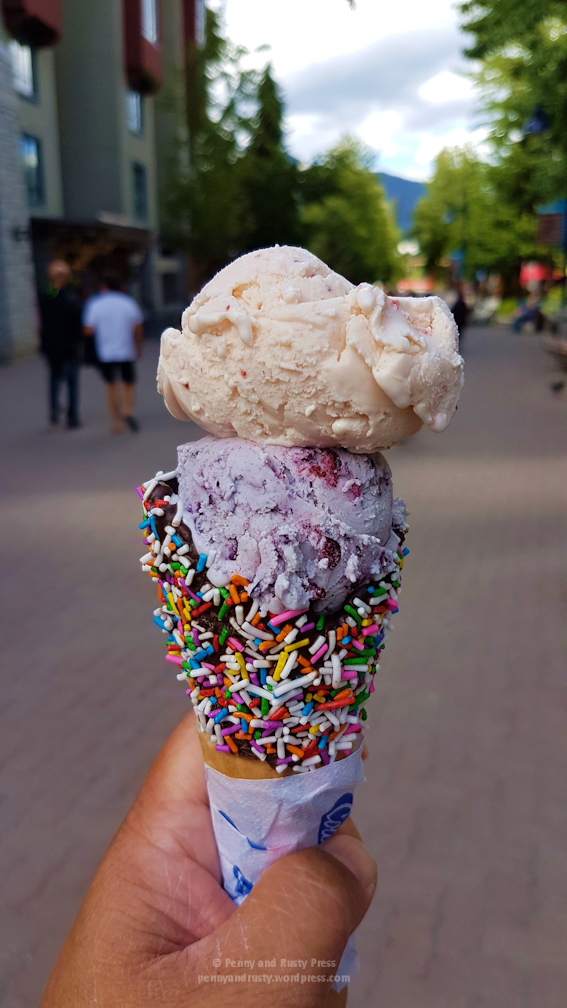 As there aren’t that many ice cream places in Whistler, line ups here can get long but they move along fairly quick.