The thing that we noticed about Whistler (especially this year) was the large contingent of Aussies in the village… both visiting and also working in the various retail shops. It shouldn’t be a surprise, then, to find a place like Peaked Pies in Whistler.

We’ve been to this purveyor of Aussie meat pies in the past (although we still haven’t visited the one in Vancouver yet) and decided to stop off for a hearty snack before dinner (trying to find a good eatery in Whistler around 3pm is a bit difficult so it was a good thing this place was even open). 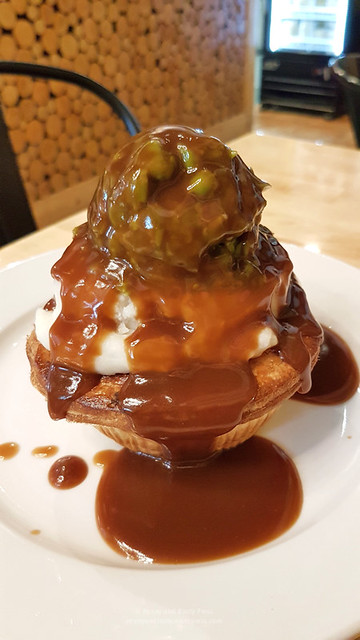 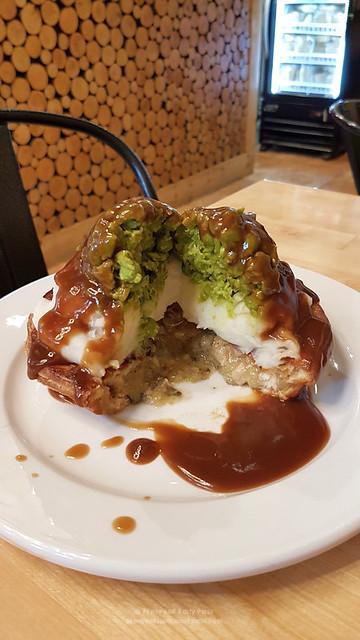 We picked the Chicken, Mushroom, and Leek and made it a “peaked” pie by adding mashed potatoes, mushy green peas, and gravy on top ($8.25 + $3.75). With the gravy that they pour over this, it’s difficult to get a nice pic because everything is covered with gravy (but that’s a good thing because the large mound of mashed potatoes needs the gravy). When you cut inside this meat pie, you find that the chicken is swimming in a creamy oregano sauce. This is a really filling snack and I did like the flakiness of the crust.