We were looking for some small appies/tapas for dinner and decided to head on over to Harajuku Iazakaya which is located next to the Fuji Market behind the Whistler Conference Centre.

It’s always a bit odd when you walk into a Japanese restaurant and are greeted by a non-Japanese server saying “Irasshaimase!” in a foreign (non-Japanese) accent. I suppose with the amount of worker shortages they have up here (especially during the summer months), they can’t be very picky. In any case, our server was friendly enough so we can’t really complain.

We started off with a couple of Ramune carbonated sodas from Japan – melon and grape ($3 each). You can find these at most asian grocery stores in Vancouver and they have a very specific set of instructions for opening due to how the glass bottle is designed with a marble as the stopper. We also ordered the Edamame ($4) which is billed as being “lightly” salted soy beans but I found that they were overly aggressive with the salt they used here.

The Brussels Sprouts ($6) were deep-fried, crispy, and turned out pretty good with the garlic seasoning. 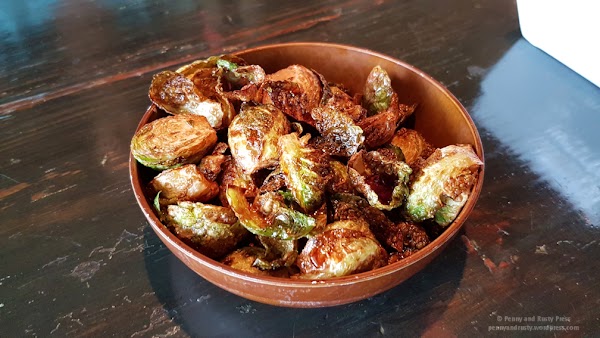 Next up was the Beef Tataki ($11) which was also a fairly solid dish with tender thinly sliced beef which had been seared and mixed with onions, green onions, crispy onion chips, and a ponzu dressing. 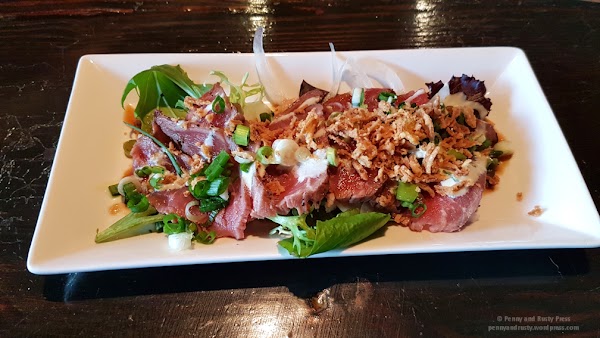 One of the misses here was the Pan-Fried Pork Gyoza ($7) which, as you can probably tell from the picture, lacked any discernible char on the skin… hence, instead of having a crispy skin, it was almost as if these gyoza were boiled. 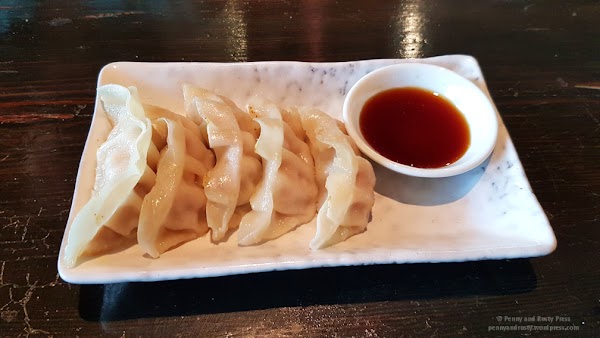 Last on the table was the 3 Kinds of Assorted Sashimi ($26). Now, I know that Whistler is a bit further away from Vancouver so it probably costs more to get their seafood shipped in, but I thought that the price tag for this dish was a bit high given the type of sashimi that was included which was albacore tuna, sockeye salmon, and yellowtail. By the way that the sashimi appeared with the ragged cut marks, I wasn’t expecting the sashimi to be very good here but I was unexpectedly surprised that it turned out pretty well (perhaps they just need a sharper knife or better cutting skills). 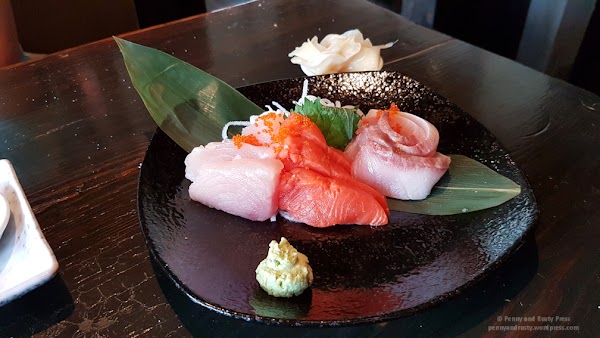 Overall, food’s a bit hit-or-miss here but given the lack of restaurants in Whistler, it’s a good option if you’re looking for Japanese tapas.