During our stay at the Hilton Whistler Resort & Spa in June, we decided to try out the dining options in the hotel. Originally, we were planning on eating at the Cinnamon Bear Grille but found out that their small restaurant was closed for a private party. Instead, we headed over to their Cinnamon Bear Bar which had more of an après ski lodge feel to it.

To say that it’s boisterous inside here would be an understatement as there were plenty of patrons who were clearly “happy” and vocal about enjoying their time in this establishment… but that’s to be expected in an environment like this. 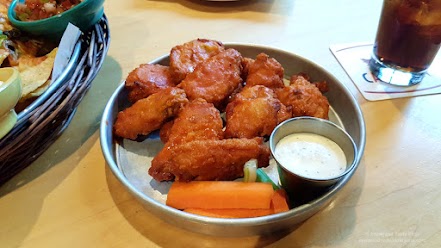 The menu options here are a bit limited and we wound up ordering the Loaded Nachos ($20) and Hot Wings ($15.50). I’ll say one thing for the food here… it’s a fairly generous portion of nachos. Was it worth $20? Well, we didn’t finish it but I feel like it wasn’t bad and it might make a good appy to share with a table of friends. The chicken wings were meaty and weren’t overly spicy (similar to Frank’s Red Hot sauce). 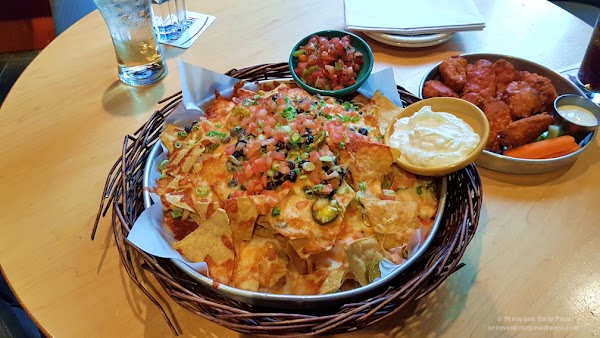 I was actually surprised that I didn’t find any cinnamon items on their menu… would have liked to try some cinnamon-dusted beaver tails while we were here.