YuShang Hotpot is a relatively new hotpot place that opened up on West Broadway (near Oak) in Vancouver. The interior is fairly clean and spacious and has a generous condiment station set up near the front of the restaurant.

YuShang is setup for individual hotpots where diners pick their own broth but share the rest of the food. This is a great if everyone in your party has their own tastes. Of course, the problem is that you have to cook your own food and can’t rely on others to cook it for you. 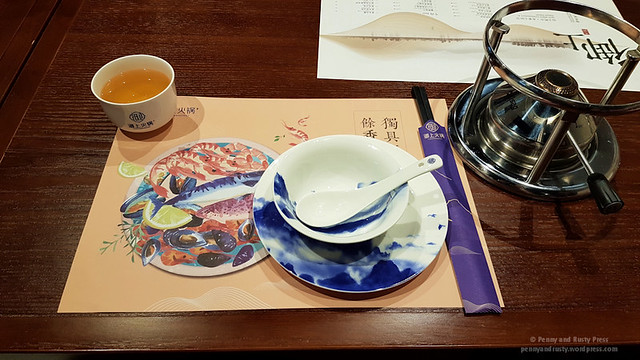 They have an interesting selection of drinks… unfortunately, the name of the drinks doesn’t provide a lot of clarity on what’s in the drink. It might have been a language issue or because they were still relatively new, but we had trouble initially asking what was in each drink. However, they were friendly enough to tell us which were the popular drinks and were finally able to give us some more information about them. We opted for the Pink Lady ($7.99 per bottle) which contained lychee and the Tropical Rainforest ($7.99 per bottle) which contained pineapple and mango. The drinks were actually really good and the bottle pricing is better than the per glass pricing.

One of the best things about this place is the condiments station. They charge $2.50 per person which allow you unlimited access to pick and choose your condiments as well as the fresh fruit that they offer. As far as fresh fruit is concerned, they had grapes, slices of cantaloupe, watermelon, and oranges that were served on individual plates. You had to be relatively quick to get them because they ran out and it would take a long time before they replenished the supplies. The condiments, however, were restocked throughout our stay and included typical items such as soy sauce, sesame sauce, peanut butter sauce, chili oil, green onions, spicy peppers, fresh and dried garlic, etc… as well as a few interesting sauces. 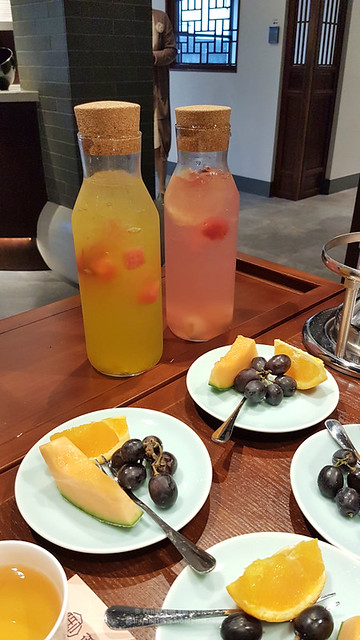 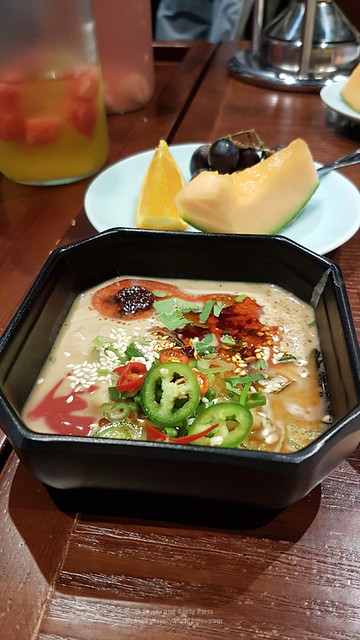 While they have some more expensive broths available, we stuck with some of the more traditional offerings… the spicy and aromatic Sichuan Special Soup (aka Handmade Butter Spicy Soup) ($5.95) and the creamy Special Chicken Soup ($5.95). They also have a Traditional Pork Rib Soup ($4.95) but this comes with a large pork rib bone in your pot which makes it difficult to cook since the bone takes up most of the room in the small pot. 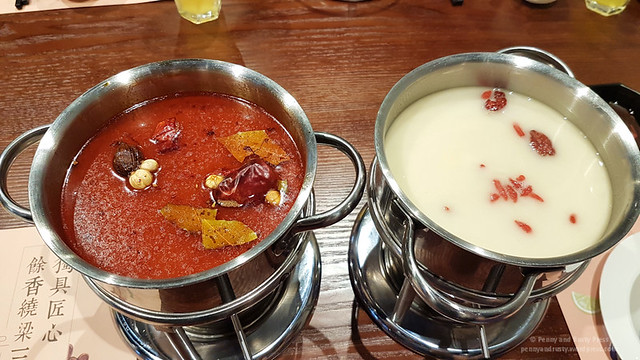 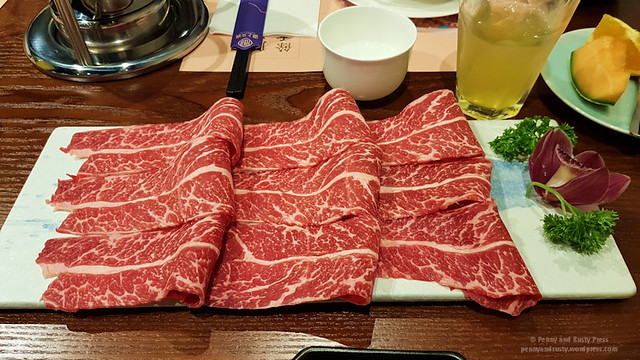 Our first items came relatively quickly… The Sliced Beef ($10.95) and the Lamb Roll ($9.95) were really good. I was expecting the lamb to be a bit gamey but it wasn’t. They also have a metre-long lamb dish that looked interesting (but it probably would have taken up the whole length of the table). Unfortunately, it took quite a long while for the rest of our items to come out (which was a bit annoying). 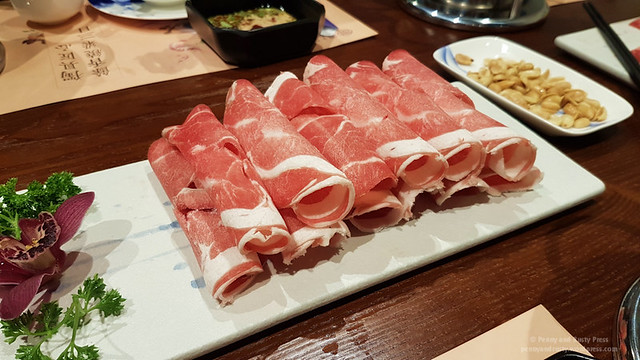 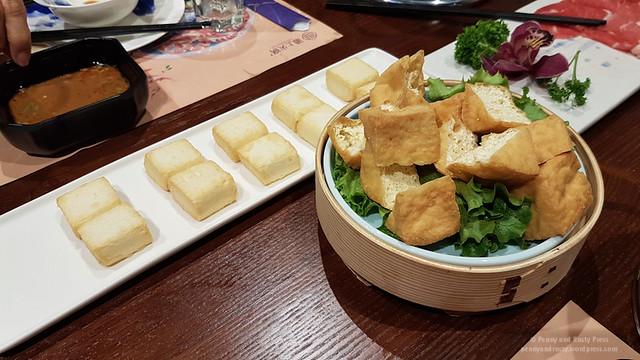 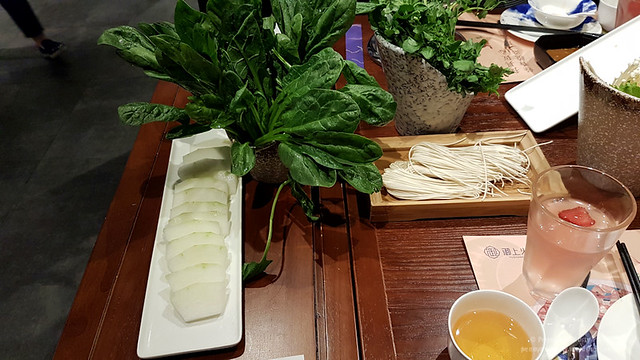 Everything was pretty good and I really liked the fish tofu, beef, and lamb. 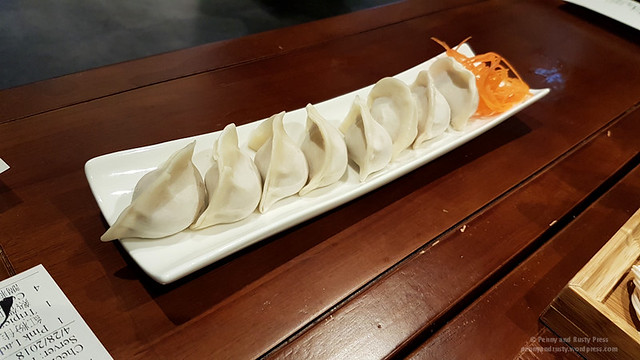 The Assorted Meatballs ($12.95) was also a solid pick and was elegantly presented (although it does take up valuable table space). 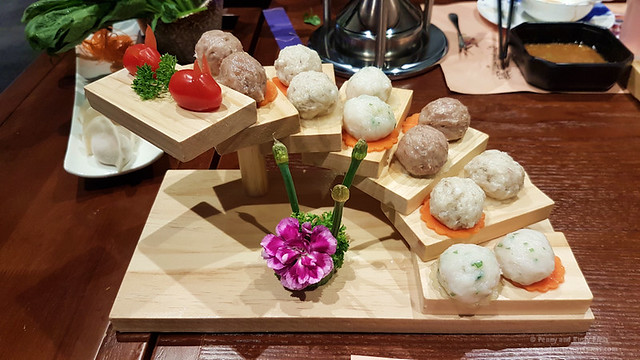 We came back for a revisit about 5 months later and ordered the Special Matsutake and Chicken broth ($9.95) and the Traditional Pork Rib broth ($4.95). 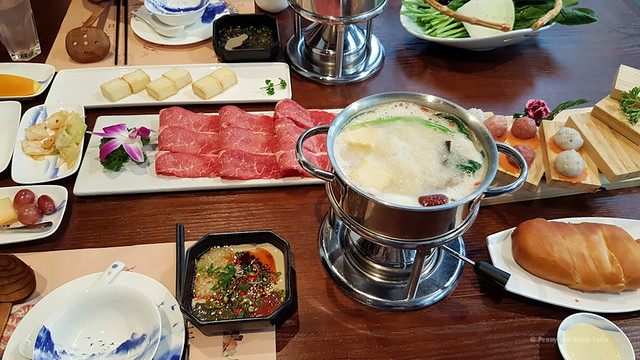 Again, one of the highlights here is their self-serve sauce station where you can customize your dipping sauce. 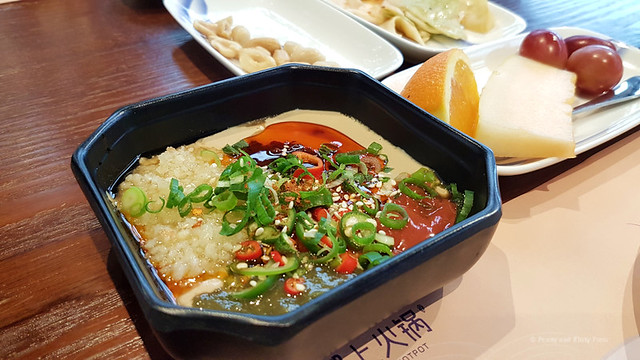 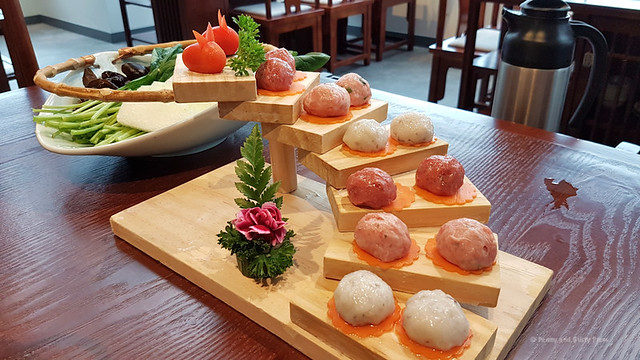 If you’re a fan of meatballs, the beautifully displayed assorted meatballs is the dish to order. The fish tofu ($4.95) is plated a bit plainly in comparison but it’s equally tasty. 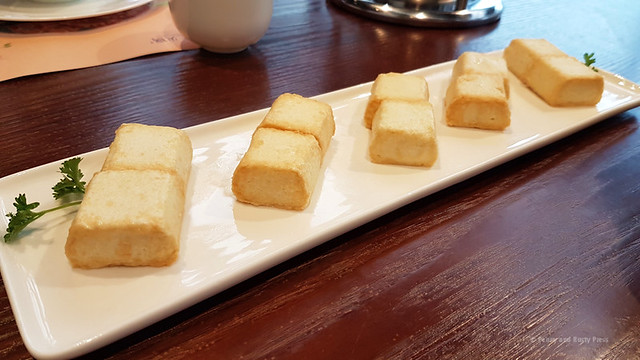 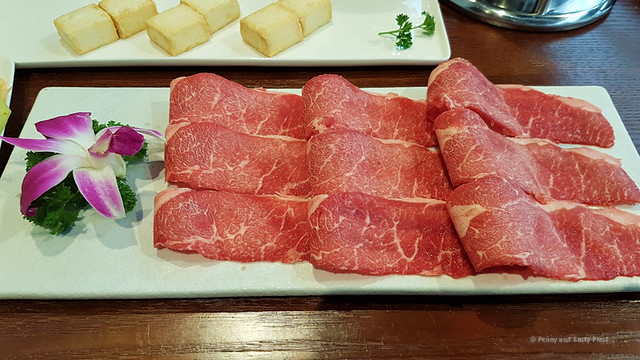 There’s a good variety of beef available but we stuck with the basic beef slices ($10.95). We liked it so much that we ordered another round. If you order the mixed veggies ($9.95), you get to choose 3 different veggies – we wound up picking spinach, wintermelon, and black fungus. 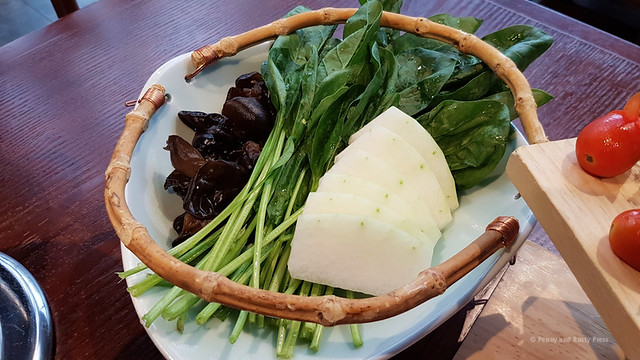 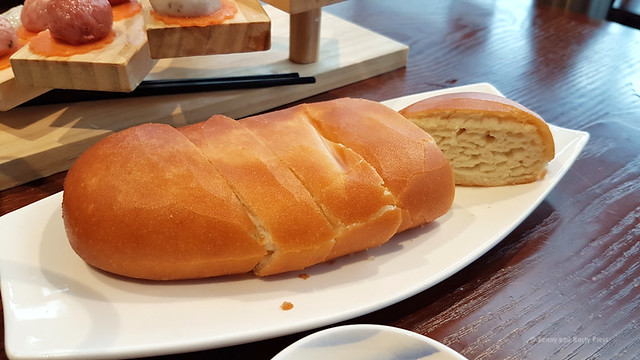 We rounded out our meal with an order of Deep-Fried Bun ($4.95) which has a nice and crispy exterior with a soft and puffy filling.

Most of the items were fairly good and I really enjoyed playing mad scientist by mixing my own sauces.