Okay, it’s been about 7 years since I last visited Pho Century (geez, I feel old now). Located on the corner of Kingsway and Sperling (and next to Mr. Ho’s Wonton House), I had completely forgotten how the food was like here so I thought I should pay them a revisit.

This place seems fairly busy during the lunch hour. The restaurant is divided into a front and back section with tall glass dividers separating the two areas. Unfortunately, this seems to make the back section a bit darker as the divider dims the natural light coming in from the windows. I figured I’d start my revisit by trying their Bun Bo Hue ($10.50) which included large chunks of Vietnamese ham, thinly-shaved beef flank, and a large chunk of pork hock. 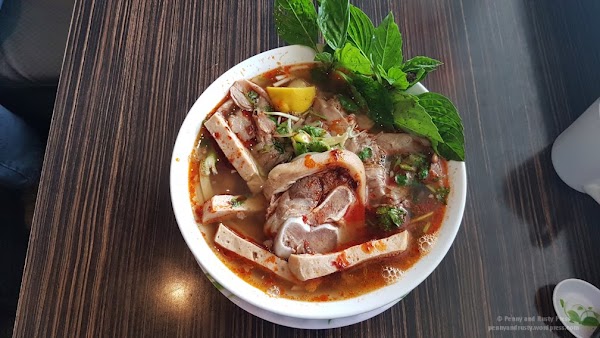 I actually quite enjoyed the ample amount of paper-thin beef flank as well as the Vietnamese ham, however, it was difficult to get any meat off of the unwieldy piece of pork hock. The broth wasn’t the best but it wasn’t too bad (too bad they give you a lemon wedge instead of a lime wedge). 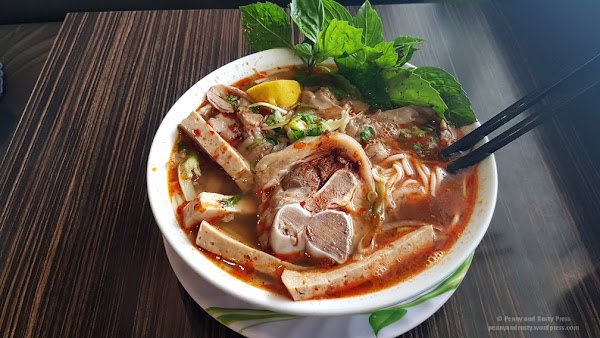 On a subsequent revisit, I opted for the Lemongrass Chicken and Pork Chop on Rice ($11.50) served with a fried egg. The grilled meat arrived with a nice aroma and I was surprised at how thick the piece of chicken was. Both chicken and pork had a nice char to the exterior and the egg had a beautifully runny yolk. 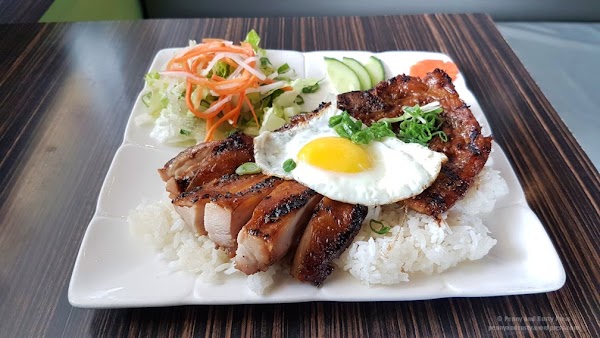 The next week, I came back to try their Combo F ($13.80) which includes a deep-fried spring roll, 2 prawn paste on sugar cane sticks, and 2 grilled chicken skewers all served on a healthy serving of rice vermicelli. I really enjoyed this dish… the chicken was moist and the spring roll (which used a rice paper wrapper) had the perfect crunch when you bit into it. Although the vermicelli was served dry (and consequently clumpy), a bit of fish sauce fixed that issue. 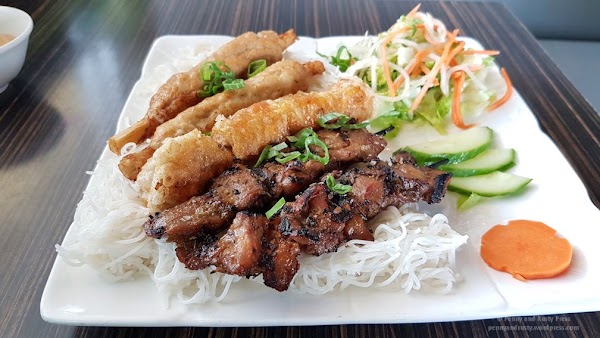 Having decided that Pho Century actually has some decent eats, I returned for a revisit in May and ordered the Pork with Dry Egg Noodles in House Garlic Sauce ($9.99) or Hu Tieu Mi Kho. This dish contained both bbq pork as well as ground pork and, while this is a “dry” noodle dish, there was plenty of dark soy garlic sauce at the bottom of the bowl. Even the umami-filled bowl of broth was a clear winner here. 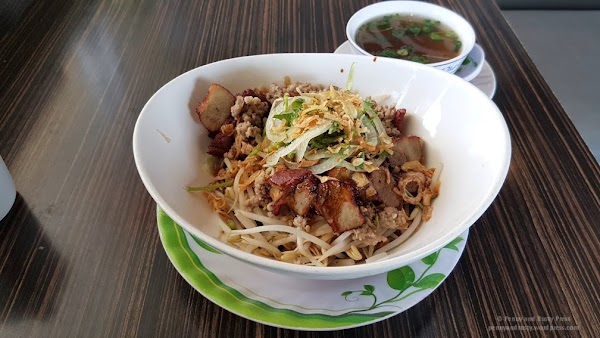 On a subsequent visit, I ordered their Vietnamese Ham and Pork Sub ($5.25) aka Banh Mi Thit Heo. While there’s not a lot of filling in this banh mi, the bun was crisp and crusty on the outside (something that’s a must for a good banh mi). I wish they used a bit more pickled veggies in this. 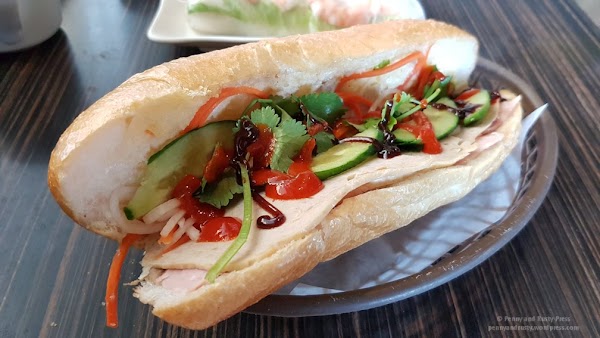 The Shrimp Salad Roll ($6.15) or Goi Cuon Tom was quite good and served with a thick peanut sauce for dipping. 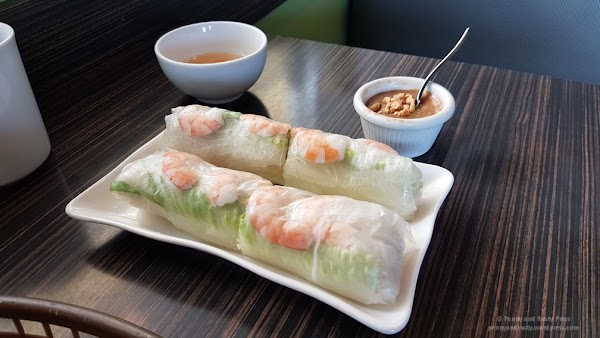 I came back to try their Deep-Fried Garlic Chicken Wings ($8.99) and was presented with 7 pieces of wingettes that had been deep-fried to a crisp golden brown on the outside. Biting into these, I realized that they were hot and meaty on the inside but lacked any garlic flavour. I really wish they served a mix of drumettes and wingettes and/or wing tips. 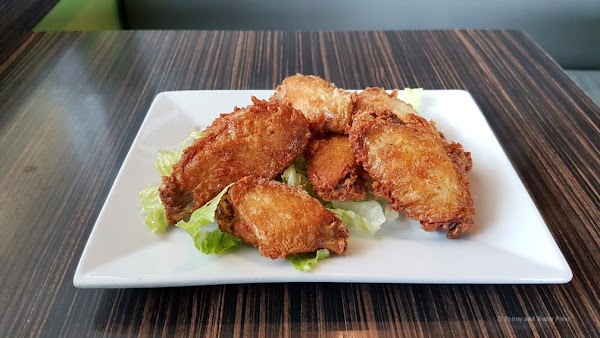 I was in the mood for some noods in late October so I returned and ordered their Pho Dac Biet aka House Special Beef Noodle Soup ($9.76 for large) which comes with rare steak, flank, tripe, and meatballs. Unfortunately, the rare steak was far from rare (usually you can see a bit of pink in the thinly shaved rare beef which you can cook to your desired level of doneness by dipping into the piping hot broth). There were plenty of noodles in this dish but I thought it paled in comparison to their Bun Bo Hue. 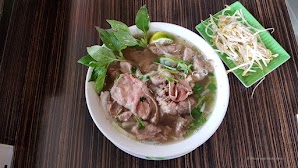 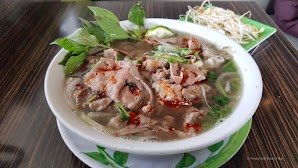 Food here usually comes out fairly quick but service isn’t exactly the friendliest. While they do accept credit card (over $10), they prefer cash or debit.