8 @ Doneras is a small little donair shop located on Eighth Street in New Westminster, across from Douglas College and in the same complex as Rong Rong Tea House. I’m often surprised at how good food can be at these little nondescript places. 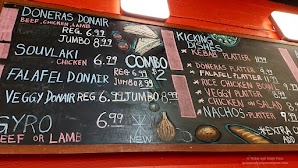 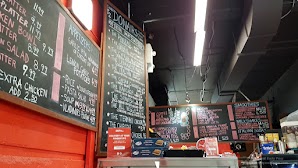 Now, before you rush over here, just remember to watch your step when you enter the shop as there’s a small step down that’s easy to miss. On my first visit, I ordered the Lamb Gyro ($6.99) which is served on tikka naan bread unlike their donairs that are served in a pita. This wrap includes lettuce, tomato, onions, pickles, and sweet banana peppers along with the slices of spiced lamb meat. The gyro was creamy from the sauce and I liked the grilled naan bread that it was served in… overall, a really good gyro. 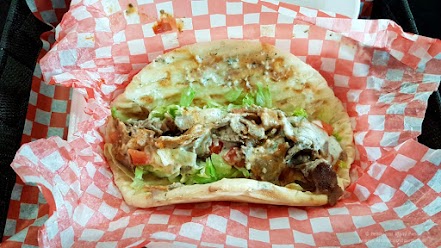 I returned for a revisit to try their Chicken Kebab Platter ($11.99) which is a large serving of salad, rice, and potatoes. The tender spiced chicken was quite good and the meat wasn’t dry (which is often a problem I find with chicken kebab platters). There was a pleasant aroma when they brought this to my table and the hot sauce was really on point. 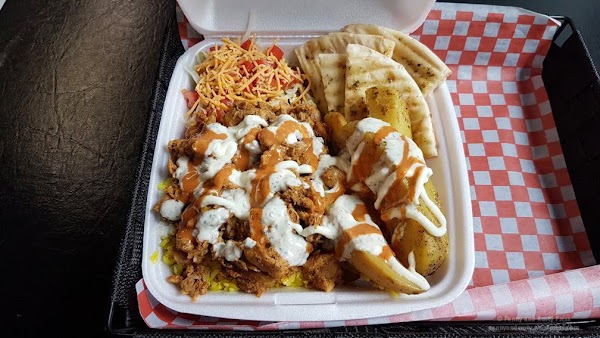 This platter also comes with a serving of grilled pita bread and a crisp salad with a tart vinaigrette. There’s a lot of food in this platter and it’s quite filling. Normally, I’m not into eating a lot of potatoes but the lemon garlic potatoes (which are cut super thick) turned out to be really good. 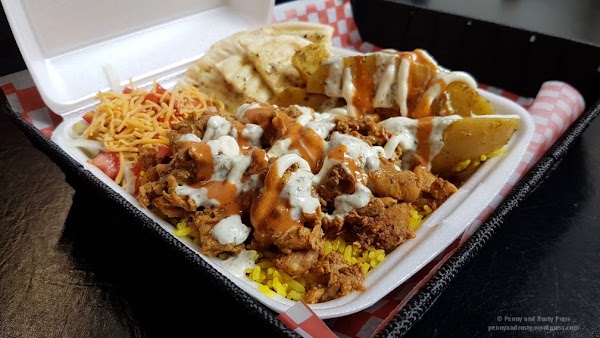 It was another 4 months before I returned here (but I’m not sure why). I remember that I enjoyed their gyro last time (which is served in a grilled naan bread and served taco-style) so I ordered the Beef Gyro. Similar to my experience with their lamb version, there was crisp lettuce, tomato, onions, tzatziki sauce, and hot sauce which was held together within the naan bread. 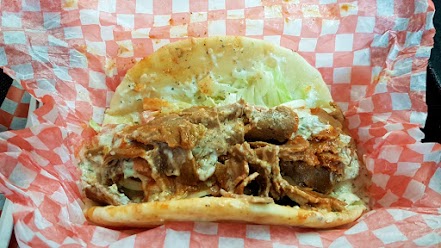 Having had their gyro twice, I figured I should at least try their donair… specifically, the Chicken Doneras ($6.99) which is very similar to the gyro but served in a pita wrap. They have a number of different donairs but this is one of their standards with just meat and veggies on the inside. Compared to the gyro, the pita wrap is slightly thinner than the naan but easier to hold and eat. 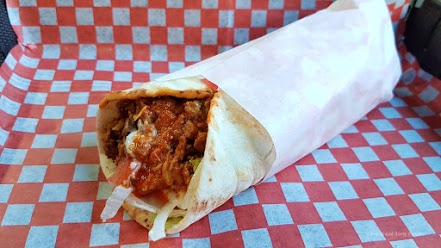 I’m not sure why, but on all of my visits, this place was relatively quiet.