While I’m not opposed to non-meat burgers per se, I’ve tried many over the years with varying level of success. Generally, the thing that usually turns me off “veggie” burgers is the texture. Recently A&W has been really promoting their “Beyond Meat” burger which they claim is made from 100% plant-based protein. Sounds kinda vague, doesn’t it?

What exactly is “plant-based” protein? Is this a “veggie” burger or is this something else? When you go to their website, the list of ingredients include red beets (for colour and vitamins), coconut oil (for a juicy flavour), yellow peas (for the protein), pomegranates (for vitamins), mung beans (for texture), rice (for protein), potatoes (a binder), and apples (for antioxidants). The burger is topped with lettuce, tomato, red onions, pickles, ketchup, mustard, and mayo (and you can add cheese to your burger at an additional cost). 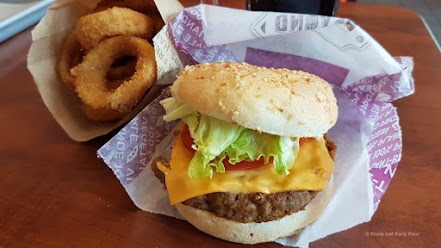 Okay, that’s a lot of information… but how does it look and taste? The burger itself looked fairly “normal” with the exception that the meatless patty looked slightly lighter in colour than you’d expect with a meat patty. Full disclosure – I added a couple of onion rings to my burger as I expected the texture of the patty to be a bit off. The burger actually tasted pretty good… my best description would be that it tasted like a burger with a lot of fixins’.

As I expected, the Beyond Meat patty did have something which was missing in the texture – like it was too soft. However, the addition of the crunchy onion rings helped to camouflage the missing texture of the patty. 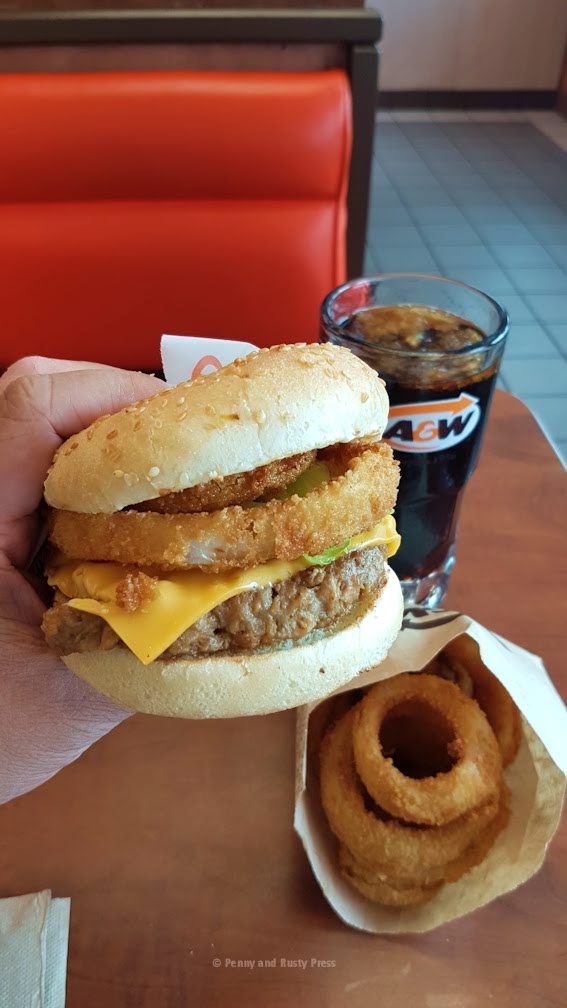 Would I order it again? Not sure. If you look at the nutritional information, the Beyond Meat burger actually has more calories, fat, and sodium than their regular Teen Burger so I wouldn’t necessarily consider this a “healthy” alternative. Also note that this burger is cooked on the same grill as their meat burgers (and the mayo and cheese contain dairy) so this wouldn’t really be considered vegan friendly. But if you’re looking for an alternative to a meat burger, this might be an option that you’d want to try out.

On August 16th, I came back to A&W because they were having a special promotion going to support people suffering from MS (A&W would donated $2 from the sale of every Teen Burger). As it turned out, they had a sign on their front door saying that they were all sold our of their Beyond Meat burgers (I guess they must be really popular). I stuck with my Teen Burger and made sure to stuff a few fries in it (does anyone else do this?). 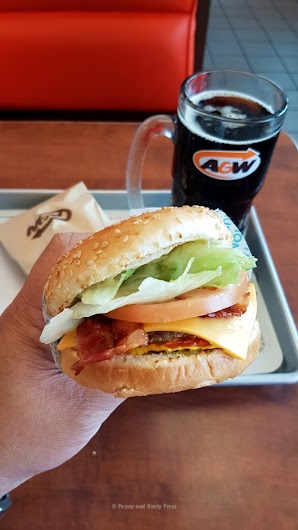 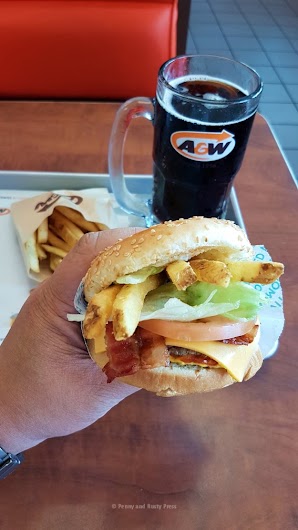 I heard that it took about 2 months before the Beyond Meat Burger came back in stock. Have you tried one out yet?