The northwest corner of Kingsway and Marlborough in Burnaby has been a rotating spot that’s seen many restaurants come and go (from Happy Day Metro to Black Dragon Sushi, to Chef Corner and now Tian Shi Fu). All the previous restaurants that I listed weren’t that bad so it kind of makes you wonder why they couldn’t make it and whether or not Tian Shi Fu (which appears to specialize in northern Chinese cuisine) will fade away as well.

The interior hasn’t changed much from the previous tenants and has an overly greyish interior which is found in too many restaurants now. On my first visit, I decided to try something from their lunch special menu which allows you to pick one main dish and one side dish for $9.95. I opted for the Liang Pi with Sesame Sauce as well as the Lamb Cumin Bun. As it was a lunch special item, I was surprised that it took so long to arrive at my table. 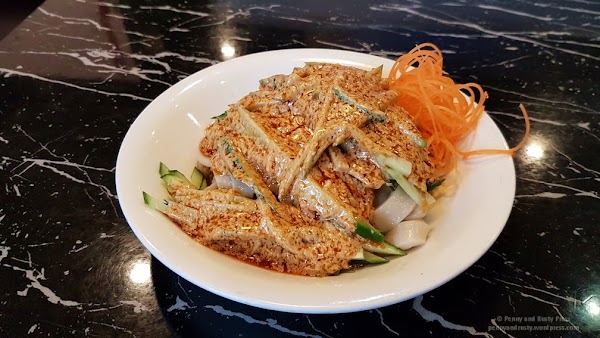 Liang Pi is a northern Chinese cold noodle dish (in this case, it seemed to be made from rice flour). The noodles here are unusually thick and covered with a creamy and slightly spicy sesame sauce and accompanied by crunchy cucumber slivers. The sheer weight of the noodles, in addition to the soft and velvety texture, makes it a bit difficult to pick up the noodles. I actually quite enjoyed this dish and imagine that it would be very refreshing during the hot summer months (albeit intensely carby).

On the other hand, I wasn’t very thrilled with the Lamb Cumin Bun. The bun was on the hard side of the spectrum and distracted from the spiced lamb on the inside. I wound up taking the lamb filling and mixed it up in my noodle dish instead. 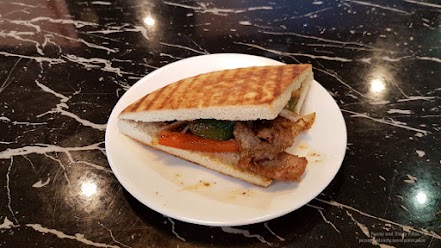 On a subsequent revisit, I tried their Fried Thin Noodles with Soy Sauce and Lamb lunch special ($9.95) which included soup and appetizer. The soup was a clear broth with large, thick pieces of seaweed and I didn’t see a separate appetizer with my meal but it may have been the side of shredded cabbage that was served on the dish? The lamb was quite thinly shaved and some pieces were fattier than others. In addition to the lamb, the abundant amount of noodles were fried with onions, carrots, and broccoli. 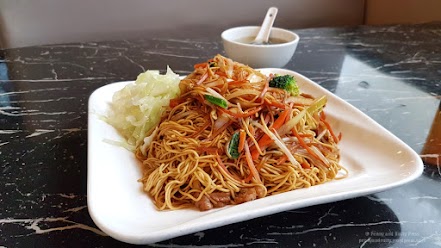 I returned a couple of months later and found that the restaurant was hopping around the weekday noon hour. My order of Liang Pi Noodles with Hot and Sour Sauce ($9.95 lunch special) with Chinese Bacon in Bun came out fairly quickly on this visit. I actually found that the sauce wasn’t very hot or sour and much preferred the Liang Pi Noodles with Sesame Sauce that I had on my first visit. 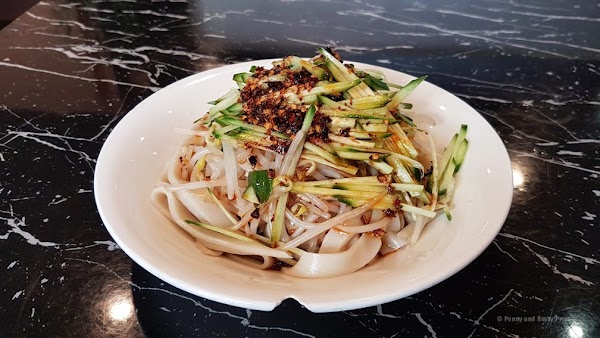 Again, the side dish that came with the lunch special wasn’t that great. The bun is rather thick and dry and it doesn’t hold up well to the filling that goes into it. The “bacon” actually resembled stewed crumbled pork rather than actual bacon. I wound up taking the filling and mixing it in with my noodle dish. 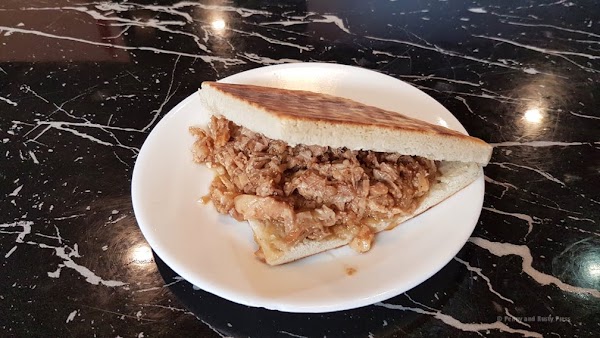 All meals were quite carby and I couldn’t finish them as they give you a generous portion. Service, like many of these Chinese restaurants, is haphazard and slow.