Jejudo is one of the many Korean restaurants in a mini mall located on North Road above the Hannam Supermarket and specializes in a Korean-Japanese fusion with an emphasis to sushi dishes.

On my first visit, I arrived before noon and noticed how quiet and dark it was. Looking for a bit of light, I decided to sit at the bar but I still found that the lighting was challenging. I decided to try their Aburi Sushi ($12) which came with salmon, toro, squid, and unagi nigiri. While the nigiri pieces weren’t overly saucy, the sashimi they used was quite fresh. 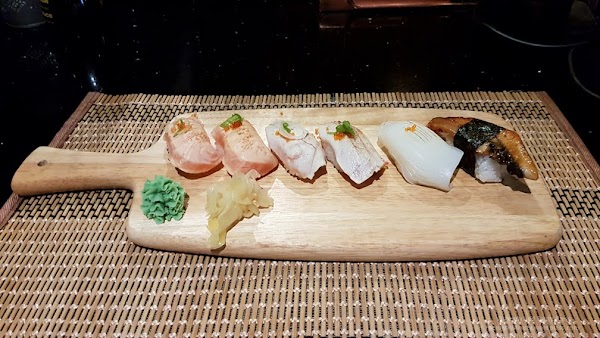 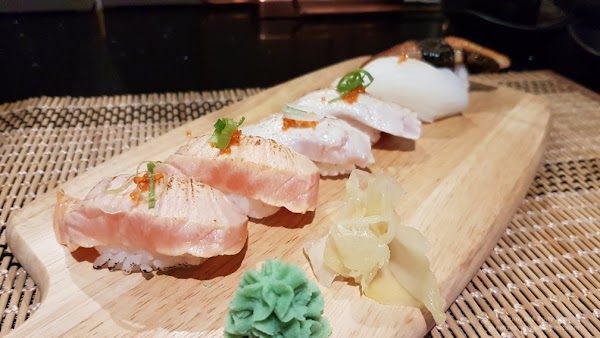 I also ordered the Tuna Crunch Roll ($12) made up of avocado and shrimp tempura topped with tuna, crunchy tempura bits, and nori. This roll had a nice contrast of textures from the creamy filling to the crunchy bits from the tempura. 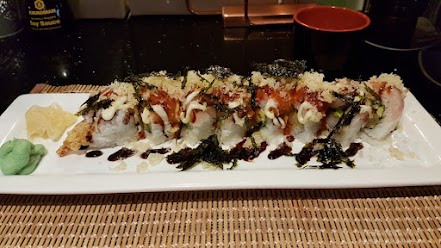 The following month, I made a revisit and made sure to sit closer to the window since this restaurant is so dimly lit. The menu online is a bit different than what you get in person and I wound up ordering the Assorted Sashimi ($20) which consisted of 3 pieces of salmon, 3 pieces of sockeye, 3 pieces of tuna, 1 piece of tako, 1 piece of hokkigai, 1 piece of squid that was sliced into 3 narrow strips, and some type of marinated conch (top shell I think). 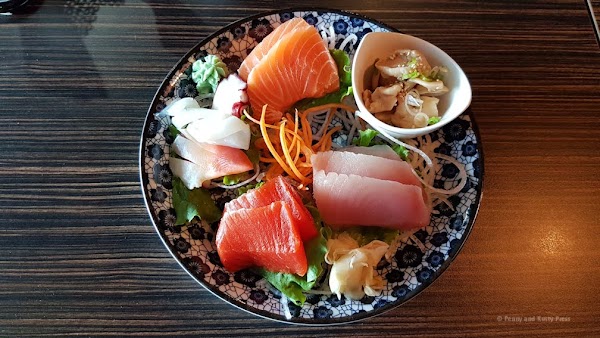 Both types of salmon were quite good as was the marinated conch meat which was crunchy and had a subtle flavour. While I’m usually not a fan of squid sashimi, it was prepared well here. On the downside, I found the tako to be a bit too chewy and the tuna was served a bit too cold. I wish they had more menu items which catered to single lunch-time diners.